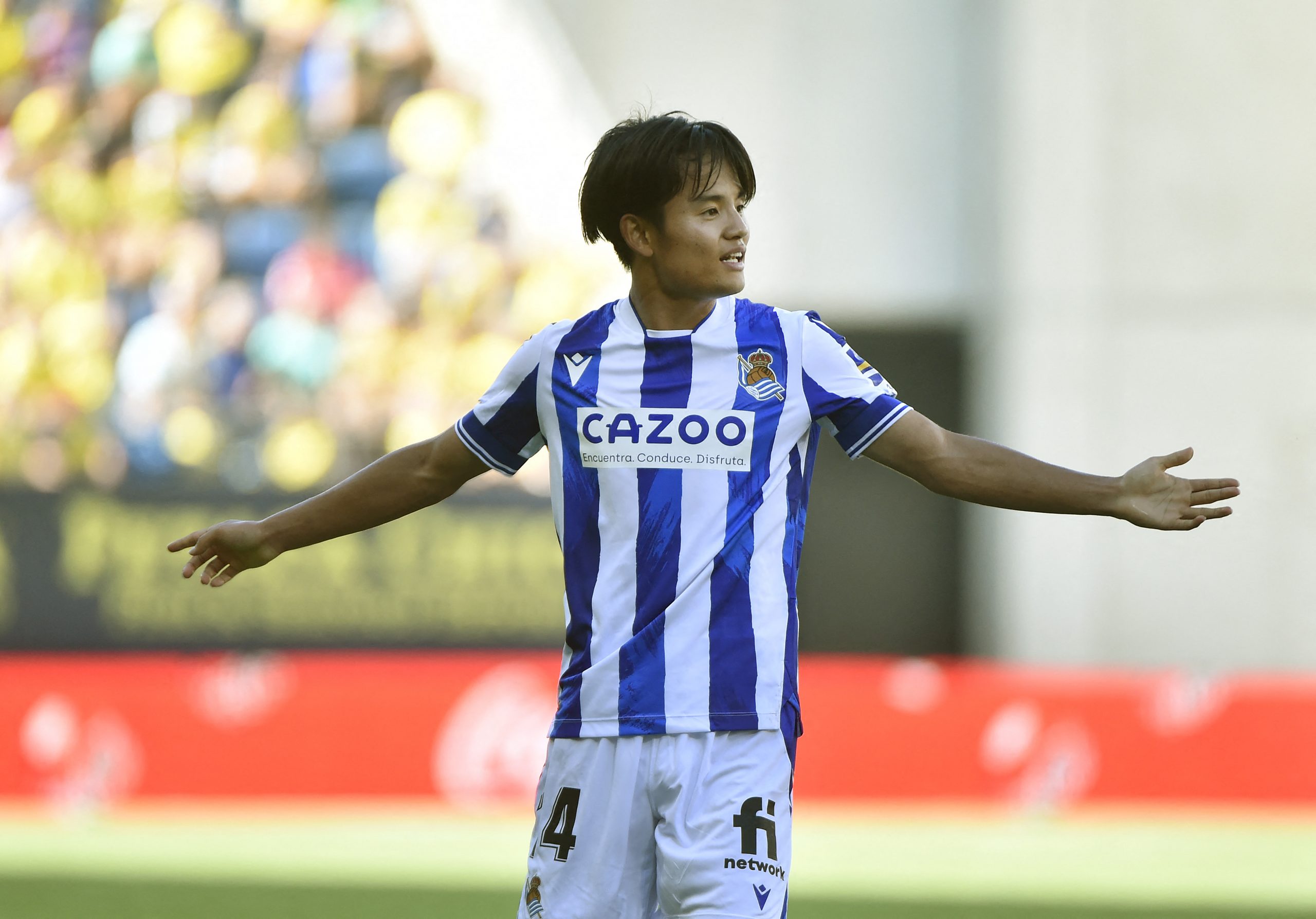 Real Madrid are said to be keeping a close eye on the developments of several players at the 2022 FIFA World Cup in Qatar and if a report from Diario SPORT is to be believed, one of them includes their former prodigy Take Kubo.

The 21-year-old Japan international, who passed his trial to join FC Barcelona’s youth Academy La Masia in 2011, joined Real Madrid in 2019 and was immediately sent on loan to Mallorca in search of regular first-team football.

Between 2019 and 2022, Kubo was shipped on loan to as many as three different teams, including Mallorca (twice), Villarreal and Getafe before being sold to Real Sociedad ahead of the ongoing season for a reported €6.5 million fee.

Interestingly enough, keeping his future in mind, Real Madrid decided to keep 50% of the Japanese player’s rights and will be able to buy him back as his contract includes a buy-back option too.

Over the years, Kubo has become more of an expert in Spanish La Liga, having appeared in more than 100 games in the competition. This season, he has made 17 appearances across all competitions for Real Sociedad while scoring two goals.

Meanwhile, SPORT has also mentioned that the Madrid management will also keep an eye on a certain Marco Asensio at the world event in Qatar.

The 26-year-old winger ends his current deal at the end of the season and while he wishes to continue, the team management hasn’t made any movement in that regard as of today. But if he stands out among the rest at the world cup, the team might think of his continuity.

Speaking of targets that are being monitored, the aforementioned outlet says the likes of Jude Bellingham (Borussia Dortmund), Alphonso Davies (Bayern Munich), Diogo Dalot (Manchester United) and Bukayo Saka (Arsenal) are all in sight at the moment.