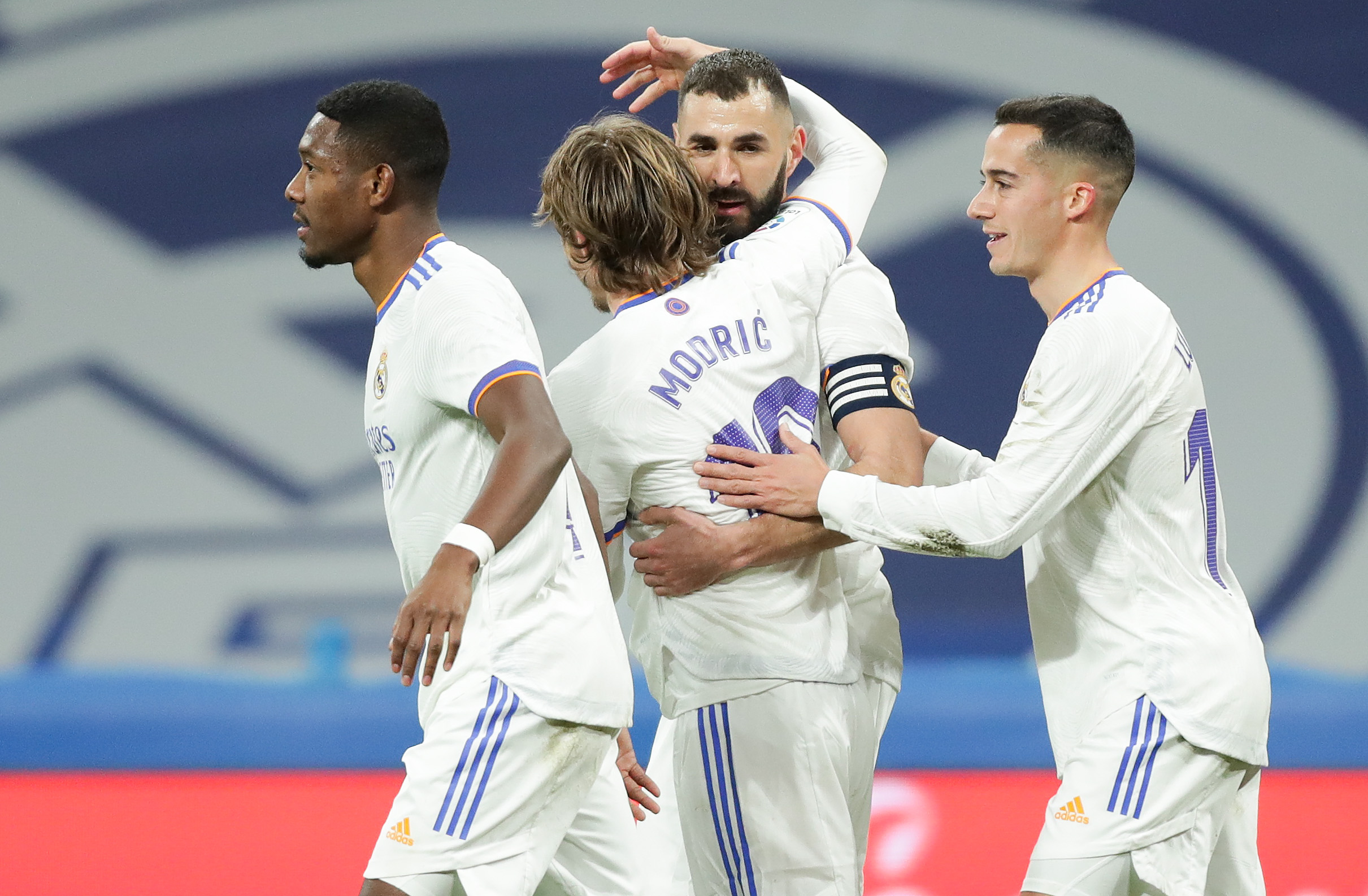 According to MARCA, Aurelien Tchouameni and David Alaba are set to miss Real Madrid’s upcoming Copa del Rey clash against Villarreal as well as the subsequent La Liga matches versus Athletic Club and Real Madrid. The pair will be joined by Lucas Vazquez on the list of absentees for those matches.

Tchouameni and Alaba picked up muscular injuries just before Real Madrid’s trip to Saudi Arabia for the Spanish Super Cup. The club had confirmed the nature of their injuries and had left them behind in Madrid, but had not given a specific timeframe for their recoveries.

And now, it is being reported that they will be unable to recover in time for the upcoming matches against Villarreal, Athletic, and Real Sociedad.

It does come as a blow for Real Madrid, who are under pressure to turn things around after the Spanish Super Cup final hammering against Barcelona.

Without Tchouameni screening the defence, the Merengues have not looked solid enough and Alaba’s replacement, Antonio Rudiger, has been uncharacteristically poor in recent games as well.

As for Vazquez, the right-back picked up a serious injury during Los Blancos’ Super Cup semi-final clash against Valencia, following which he had to be substituted.

The initial prognosis suggested that the Spaniard will be out for six weeks, potentially ruling him out of the next month’s UEFA Champions League encounter versus Liverpool.

So, obviously, he will miss any matches between now and then, including the upcoming games against Villarreal, Athletic Club, and Real Sociedad.

His absence, coupled with the concerns over the performances of Dani Carvajal, could open up a pathway for youngster Vinicius Tobias to get a look-in into the first-team setup.

Carlo Ancelotti has been reluctant to hand opportunities to youngsters performing well for the Castilla team, but circumstances could force the Italian tactician to change his approach.