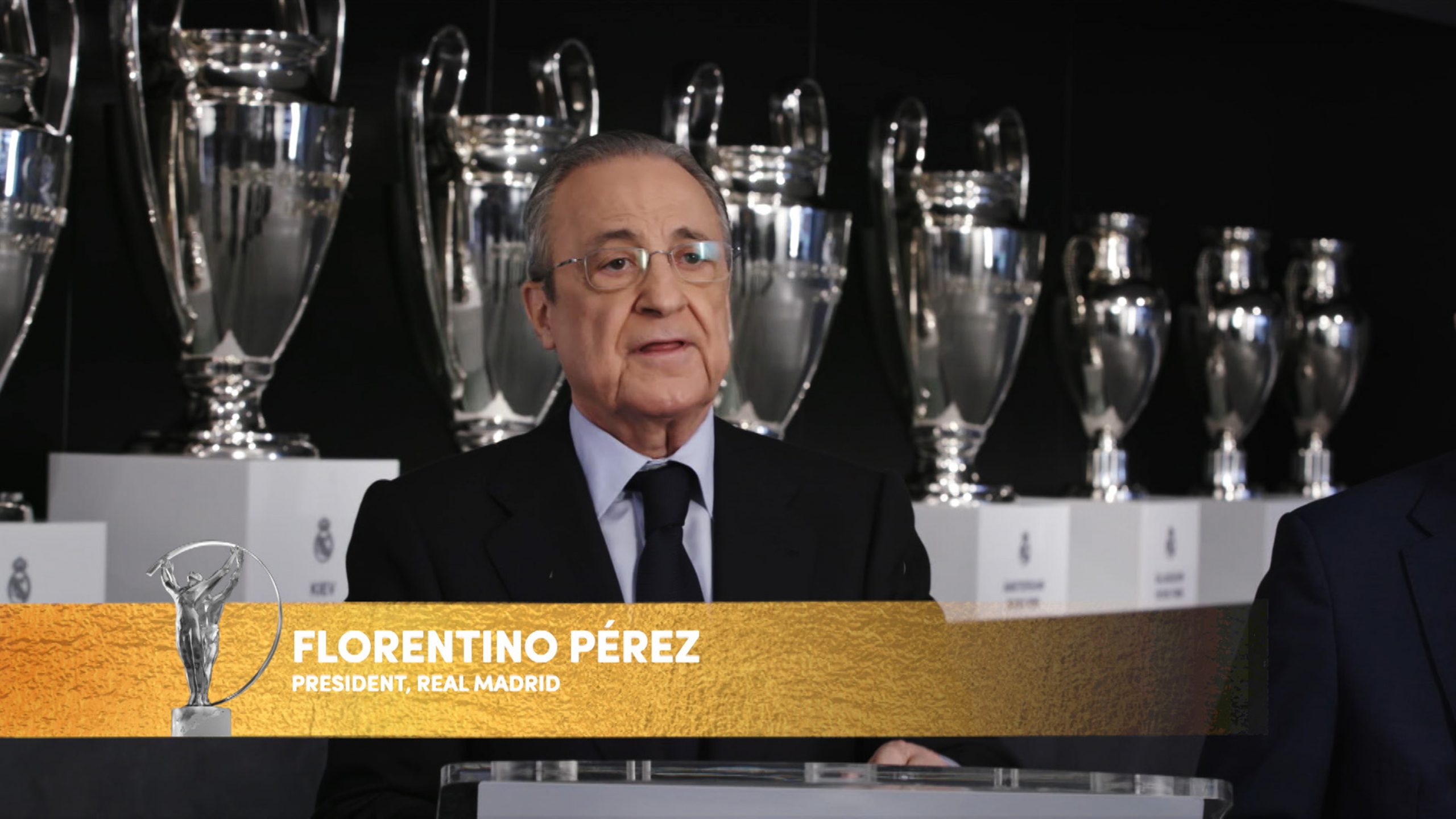 Photo by Handout/Laureus via Getty Images

Rivalries are a part and parcel of football. However, even the most bitter of enemies need to have a set of guidelines to ensure that conflicts and disputes do not escalate out of hand.

Real Madrid and Atletico Madrid, too have between them a non-aggression pact to serve a similar purpose. It is an unwritten agreement that stopped Los Blancos from signing anyone from Atletico without prior permission or vice versa.

According to reports from Carrusel Deportivo, the non-aggression pact between the two Madrid based sides is in danger. Atletico have scouted Real Madrid’s youth academy in recent years and targetted them in the transfer window.

Moreover, the fact that Simeone’s side did not give Real Madrid a Guard of honour for winning La Liga or even congratulate them is said to be taken with a pinch of salt at the Bernabeu.

A recent example of Atletico targetting and signing a player from the Bernabeu is Marcos Llorente in 2019. However, that transfer seemingly had complete agreement between the two clubs, much like the move of Theo Hernandez in the opposite direction in 2017.

A meeting has reportedly been planned to analyse the situation between the two rivals and rebuild the broken bridges. However, it remains to be seen as to how Simeone’s side view the state of affairs.

Real Madrid won La Liga with a lead of 15 points over the rivals earlier this season. Incidentally, they sealed their league title just before they played at Wanda Metropolitano.

It was on that very night that Atletico refused to provide a guard of honour out of ‘respect’ for their fans and went on to beat their rivals by a margin of one goal.