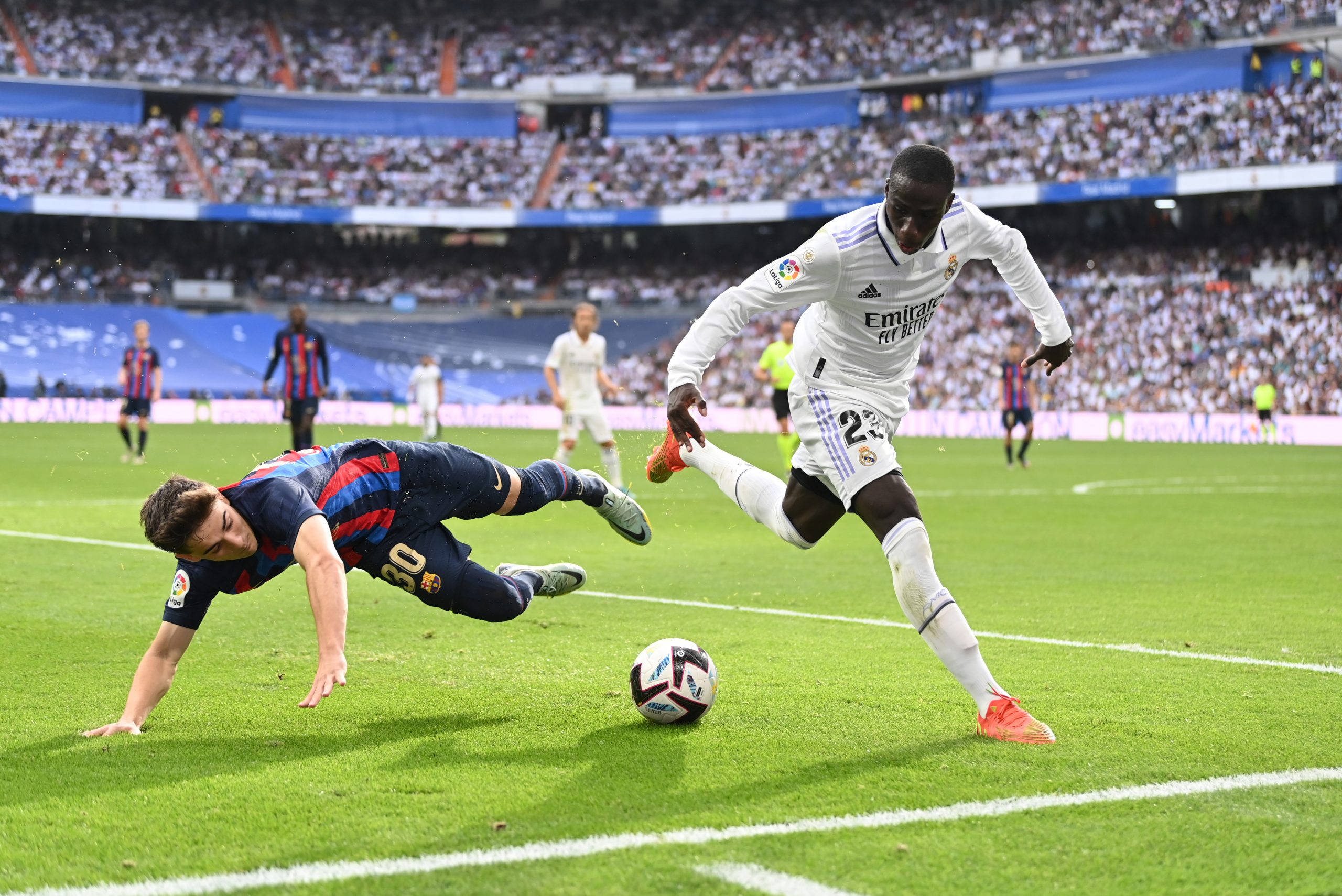 While there is nothing wrong happening with regard to left-back Ferland Mendy, Real Madrid seem to have gotten themselves in a troubling state at the moment.

As reported by MARCA, the Madrid management is still evaluating Mendy’s performances despite the fact that he has been an unassailable presence at the left-back spot since arriving from Lyon in 2019.

However, the fact that he is still being compared to Marcelo is doing no good for everyone involved. For now, Mendy’s ongoing deal with the team runs until 2025, meaning that there is no reason to make an instant decision.

At the same time though, it is a bit troubling to think that the 27-year-old was left out of the massive renovation that was carried out in the summer of 2021 where the likes of Luka Modric, Lucas Vazquez, Nacho, Dani Carvajal, Thibaut Courtois, Karim Benzema and Federico Valverde renewed their contracts.

This past summer, the likes of Eder Militao, Vinicius Jr and Rodrygo followed suit, but as it seems, Real Madrid are still uncertain about what to do with Mendy. As of today, they don’t know whether to sell him or renew his deal further.

Once again, under normal circumstances, there is nothing wrong with the player as he played 35 of the 56 games last season for the team. During the 2020-21 season, he played 38 of the 52 games and in his debut campaign, was part of 32 outings out of a total of 51 games.

During his three-and-a-half seasons with the team, Mendy has suffered eight injuries that have kept him out for 277 days. This season, however, he has overcome his physical limitation by playing 17 out of the possible 21 games across all competitions while being available in all the fixtures.

The report claims that the 27-year-old is an ‘untouchable’ for Carlo Ancelotti, but is seen as a weak link in the lineup by many. So, despite his standing in the manager’s plans, Mendy’s future at the Santiago Bernabeu remains unclear.

While everything looks perfectly fine from the top, the issue at hand is pretty much serious mostly because if Madrid rope in a new left-back like Fran Garcia next summer, the probability of which is pretty much high, the uncertainty about Mendy and his future will only increase.