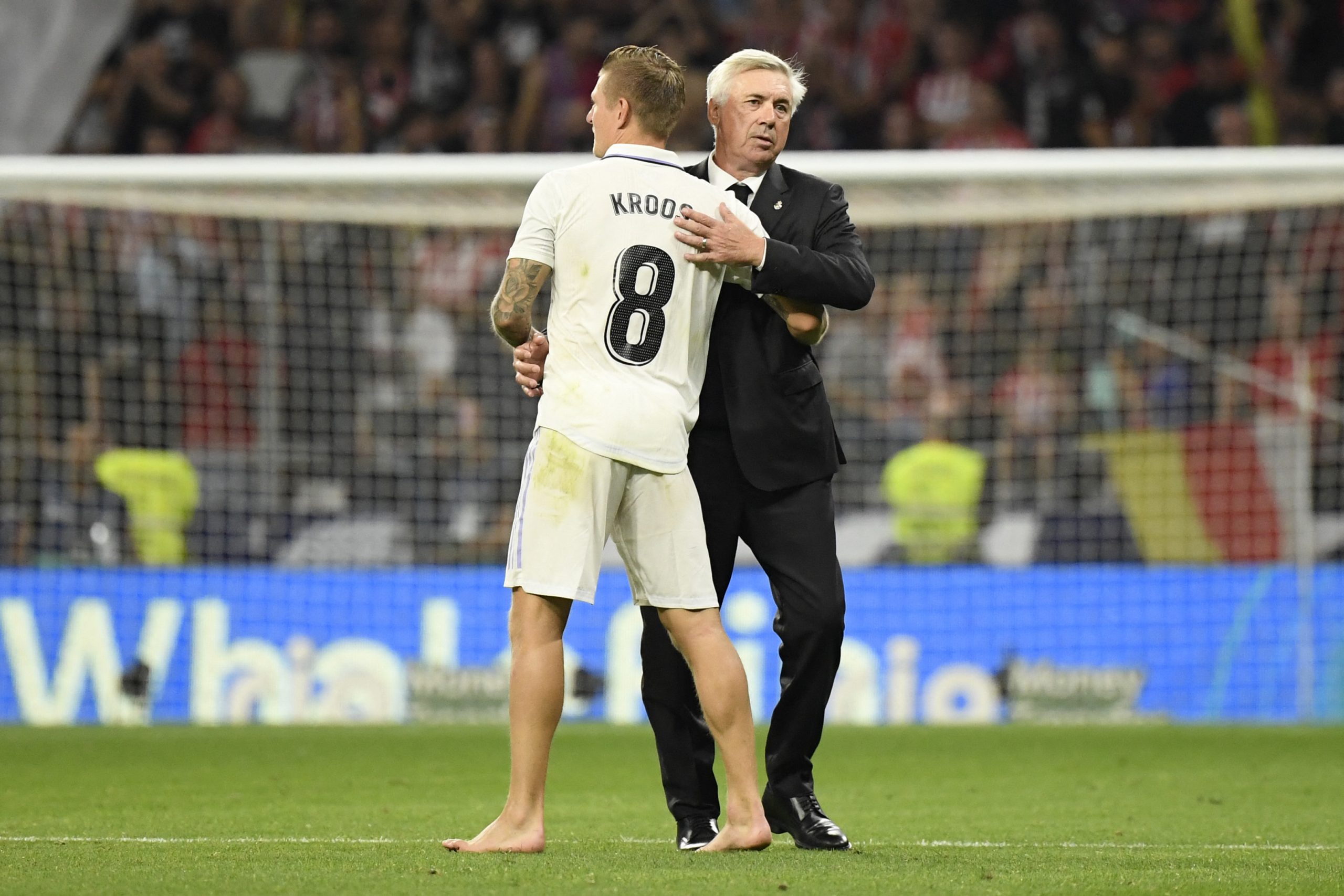 According to a recent report from MARCA, Real Madrid want Toni Kroos to take a decision on his future at the club by the end of February, so that they can firm up their plans to go after Jude Bellingham next summer.

Kroos has entered the final year of his contract with Los Blancos. The German midfielder had turned down an extension earlier this year and there is speculation about the 32-year-old considering retirement at the end of the ongoing campaign when his contract expires.

Nevertheless, the former Bayern Munich superstar is yet to make a decision on a possible contract renewal. Real Madrid, for their part, respect Kroos and believe that he has earned the right to decide whether he wants to sign a new deal or retire.

However, as per the report, the champions of Spain and Europe would ideally prefer if the veteran midfielder would communicate his decision to the club by February and not wait until the end of the season to do so.

In case Kroos decides not to extend his contract, Real Madrid will ramp up their efforts to sign Bellingham from Borussia Dortmund in the summer transfer window.

The England international has been identified as the top target for the Merengues ahead of next season and while they are expected to go after him irrespective of Kroos’ decision, they will make bigger efforts to land him if the veteran midfielder decides to step away.

Signing him from Dortmund will not be straightforward as Real Madrid will have to stave off competition from the likes of Liverpool, Chelsea, Manchester City and Manchester United.

While they have been laying the groundwork, closing the deal at the earliest would be their best bet to beat the rest of the competition. And for that, Los Blancos would need to get a confirmation about Kroos’ future beyond the current campaign.

The German superstar joined Real Madrid in 2014 and has been one of the most pivotal players at the club since then, playing an integral role in the success that the Merengues have achieved during that period.

Whether this season turns out to be his last in the white of Real Madrid remains to be seen.