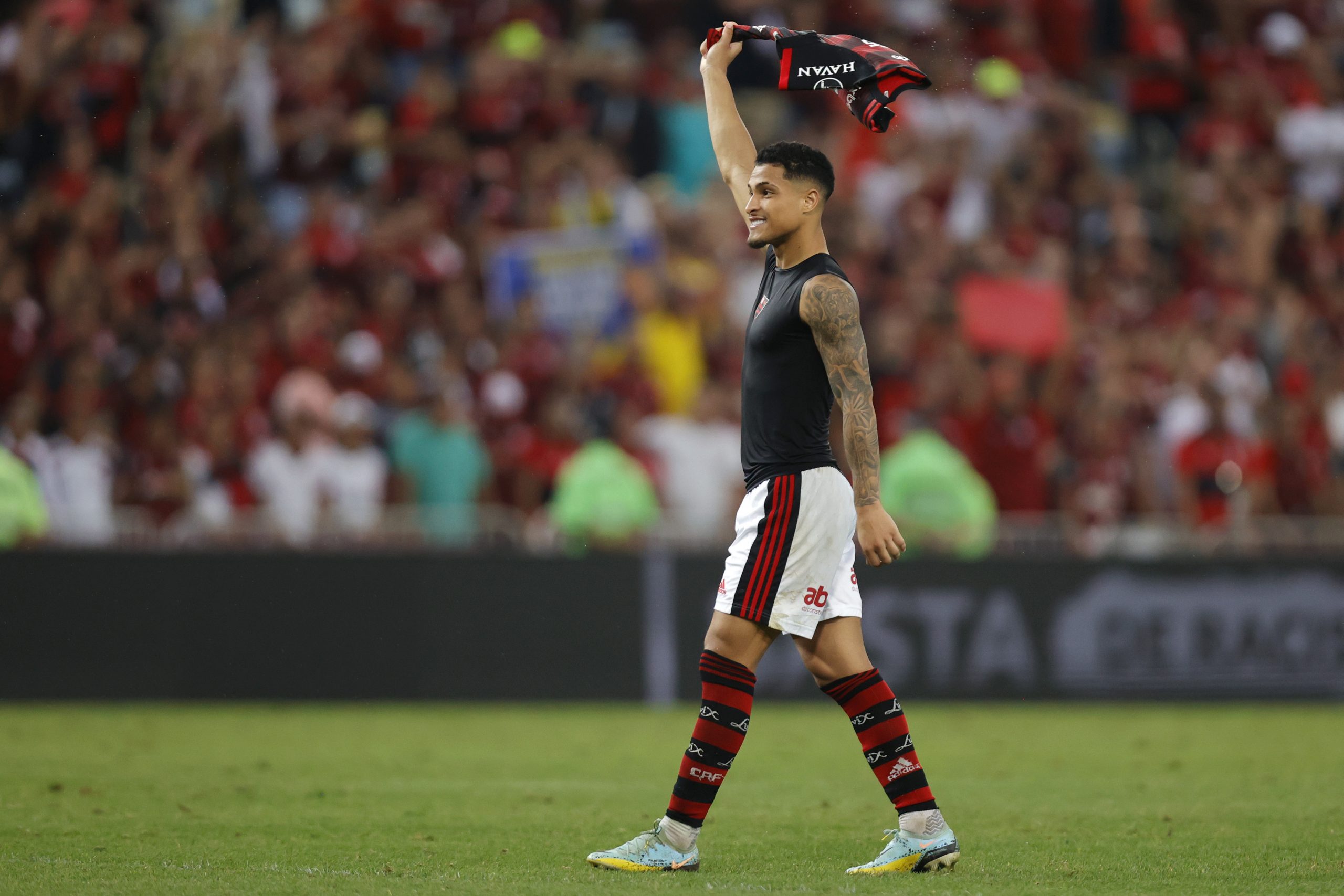 According to journalist Vene Casagrande (h/t Mundo Deportivo), Real Madrid will have to shell out a sum of €60 million if they wish to sign Joao Gomes from Flamengo.

Even though the Merengues have brought in Aurelien Tchouameni to replace Casemiro at the club, they are now reportedly interested in signing Brazilian enforcer Gomes from Flamengo, although they will face competition from Liverpool and Bayer Leverkusen, among others.

The 21-year-old came through the youth ranks at Flamengo and has grown into a regular in the first team, having already made over 100 appearances in which he has three goals and assists apiece.

Joao Gomes has thrived in the No. 6 role and has managed to attract the interest of several heavy-hitters from across Europe. But, signing him will be an ordeal for his suitors, including Real Madrid.

The 21-year-old is contracted with the Brazilian outfit until the summer of 2025. And as per the report, the contract consists of a mammoth €60 million release clause.

And, it is claimed that Flamengo have no intentions of negotiating a lower fee for the midfielder, meaning that clubs will have to pay the full €60 million amount in order to sign Gomes.

Real Madrid, for their part, were reportedly willing to offer as high as €40 million for the young midfield prospect. However, with Flamengo unlikely to accept a lower sum than the buyout clause, it remains to be seen if Los Blancos are prepared to shell out the required amount.

The Spanish capital outfit have not shied from splashing the cash on the likes of Vinicius Jr, Rodrygo Goes and Reinier Jesus in the past. Whether they do the same for Joao Gomes to beat Liverpool to his signing will be interesting to watch.