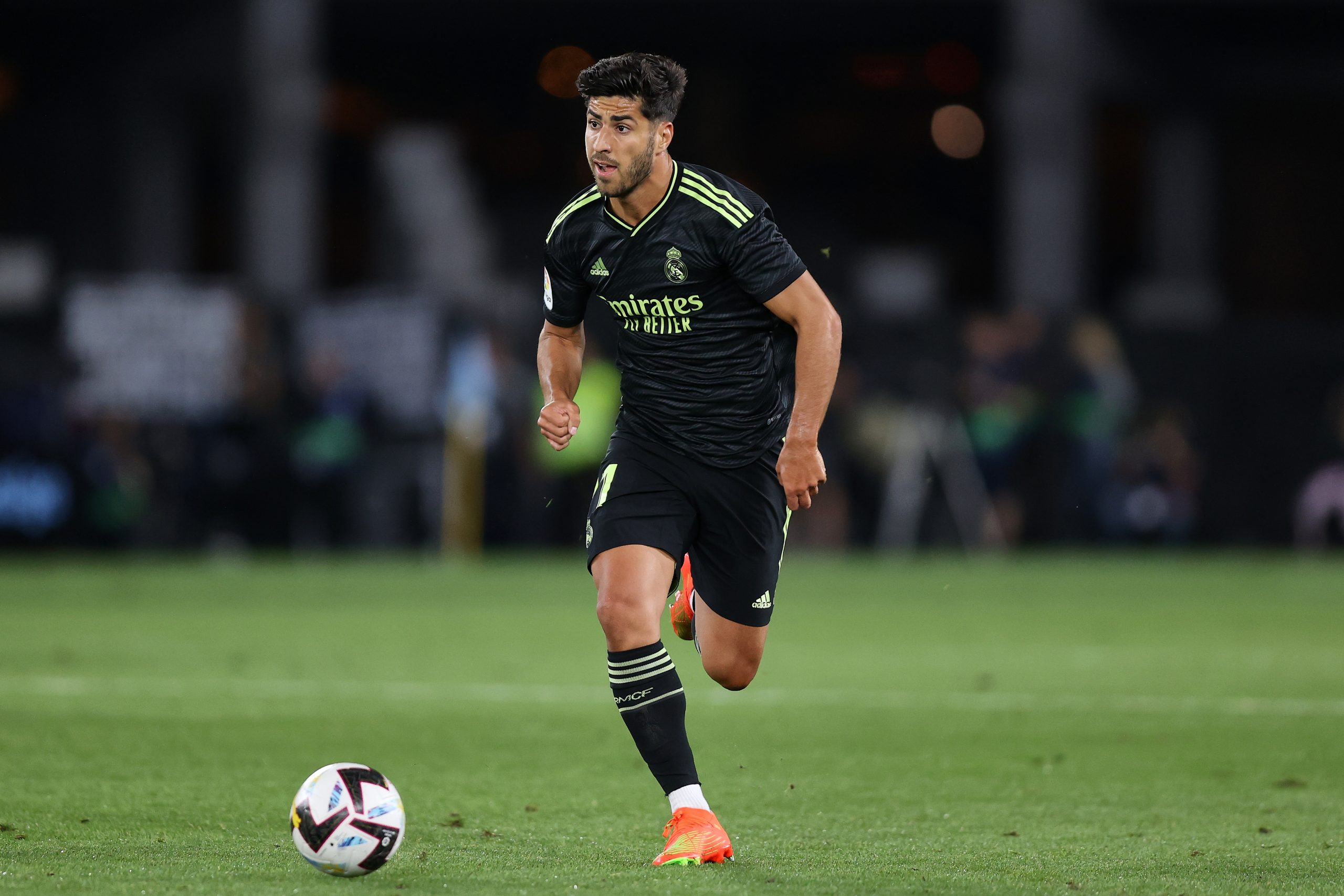 Speaking to Bernabeu Digital, journalist Sergio Valentin has said that Real Madrid will not make a contract offer for Marco Asensio and if the Spaniard continues at the club beyond the summer, he will be allowed to leave on a free transfer next year when his deal expires.

Asensio, 26, has become an unwanted commodity within the Real Madrid ranks. The three-time UEFA Champions League winner has fallen way down the pecking order and there is simply no way up.

As of today, Real Madrid are willing to listen to offers for the 26-year-old and while there are suitors in the market, no one has come up with an official proposal.

For now, manager Carlo Ancelotti is acting as an intermediary between the player and the team management, which is pushing him to leave in the coming days. The manager has already communicated that the defending La Liga champions won’t sign an alternative if Asensio departs.

This has made Asensio an affordable player for those looking to acquire a quick signing in the last few days of the market. Despite that, however, striking a deal with Real Madrid over a price would still be a major factor.

In any way, the 26-year-old will be a shrewd piece of business for any team. After all, he bagged 12 goals last season, finishing as the third-highest scorer for the team.

It is understood that Premier League sides Arsenal and Manchester United are considering making move, with the former tipped to be leading the charge.

As reported before, Asensio’s representatives are already on standby in London in order to speed things up. Transfer expert Fabrizio Romano also confirmed the claims that his agent has already offered him to several Premier League sides.

Speaking on his YouTube channel, the journalist said, “Carlo Ancelotti confirmed that Asensio could leave and there are options for Asensio to be looking around. Let’s see what happens but from what I’m told, his agent is offering Asensio to Premier League clubs.”

So, there remains a good chance that Asensio leaves Real Madrid this summer. But if he does not, the club will not be tabling a fresh contract offer for him and will let him leave for nothing in 2023.