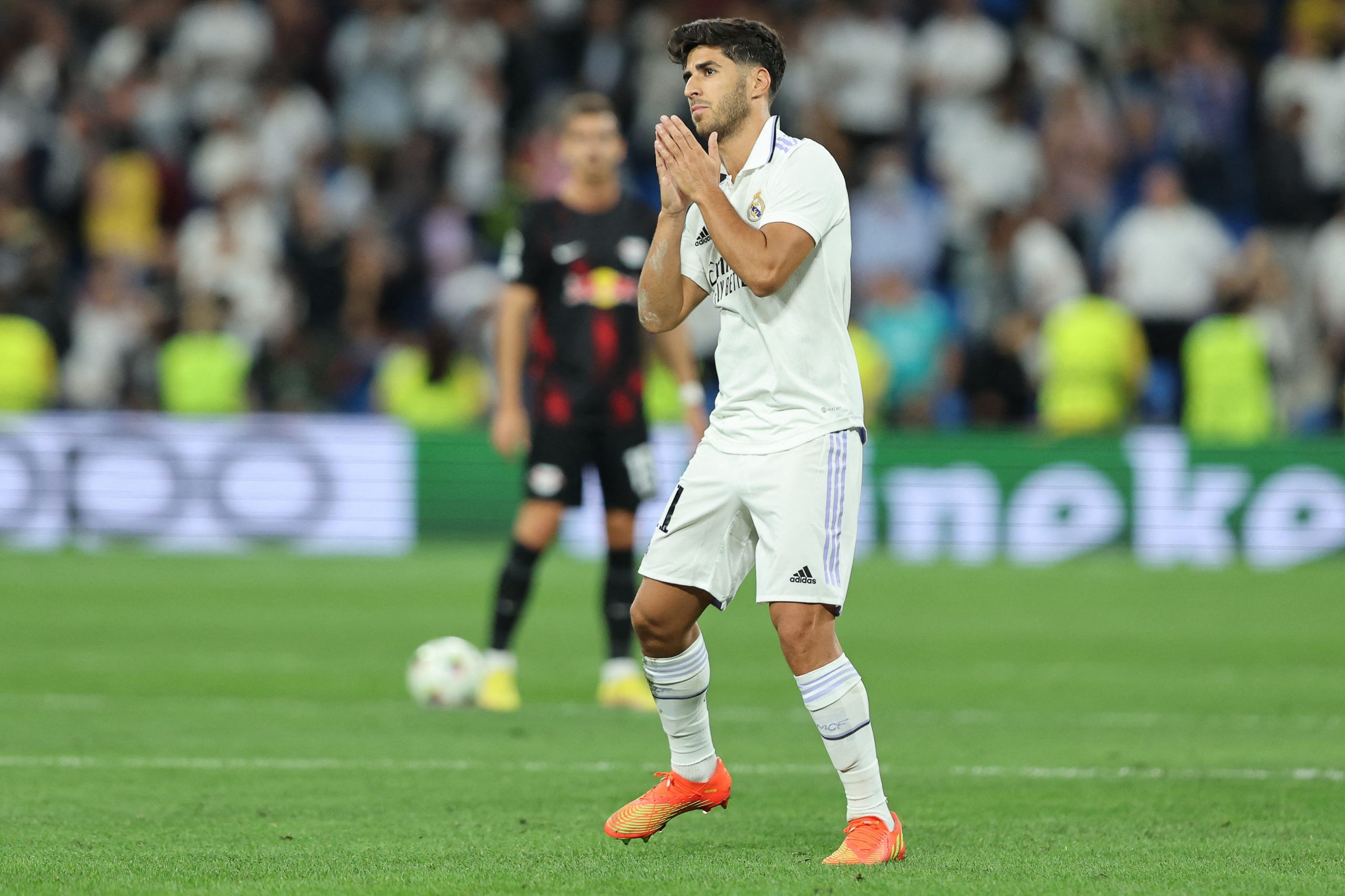 The unusual substitution made by Carlo Ancelotti during the 2-0 win over RB Leipzig raised several eyebrows. Eduardo Camavinga rightly deserved to go off, but no one in their right mind expected the Italian to throw a winger, Marco Asensio, in the fold.

The change seemed confusing at the time but it’s fair to say that Ancelotti knew exactly what he was doing. For someone who had barely kicked a ball this season, a return of a goal in injury time followed by an apologetic gesture towards the fans went a big way for Asensio.

The celebration was justified as the 26-year-old had an indirect fallout with the fans after his pitch-side antics against Mallorca. The winger desperately wanted to come on against his former side but as Ancelotti decided to do the otherwise, he viably expressed his anger by kicking a water bottle.

The exasperated gesture was bound to hit back and it certainly did when he came on against Leipzig. The fans let their voices know by throwing whistles toward the winger.

All that, however, changed once he scored Real’s second goal and apologised for his actions.

Now, as reported by The Athletic, Asensio may have received consolation from the fans but he is not really appreciated by his teammates. In fact, there is a growing sense of belief that Asensio only has himself to blame for the position he finds himself in.

It is said that most of the displeasure is caused by the fact that he failed to secure a move away from Real Madrid during the summer. The 26-year-old did all he could, changing his agent to Jorge Mendes, one of the most respected men in the industry, but even that did not help.

For Ancelotti, he understands the situation Asensio finds himself in. Although the frustration is understandable, the Italian has defended him in his own way, appreciating the ‘hard work’ he has put in the training.

But it is defined that the situation won’t change in the future. The best Asensio can hope this season is to secure a move in the January transfer window.