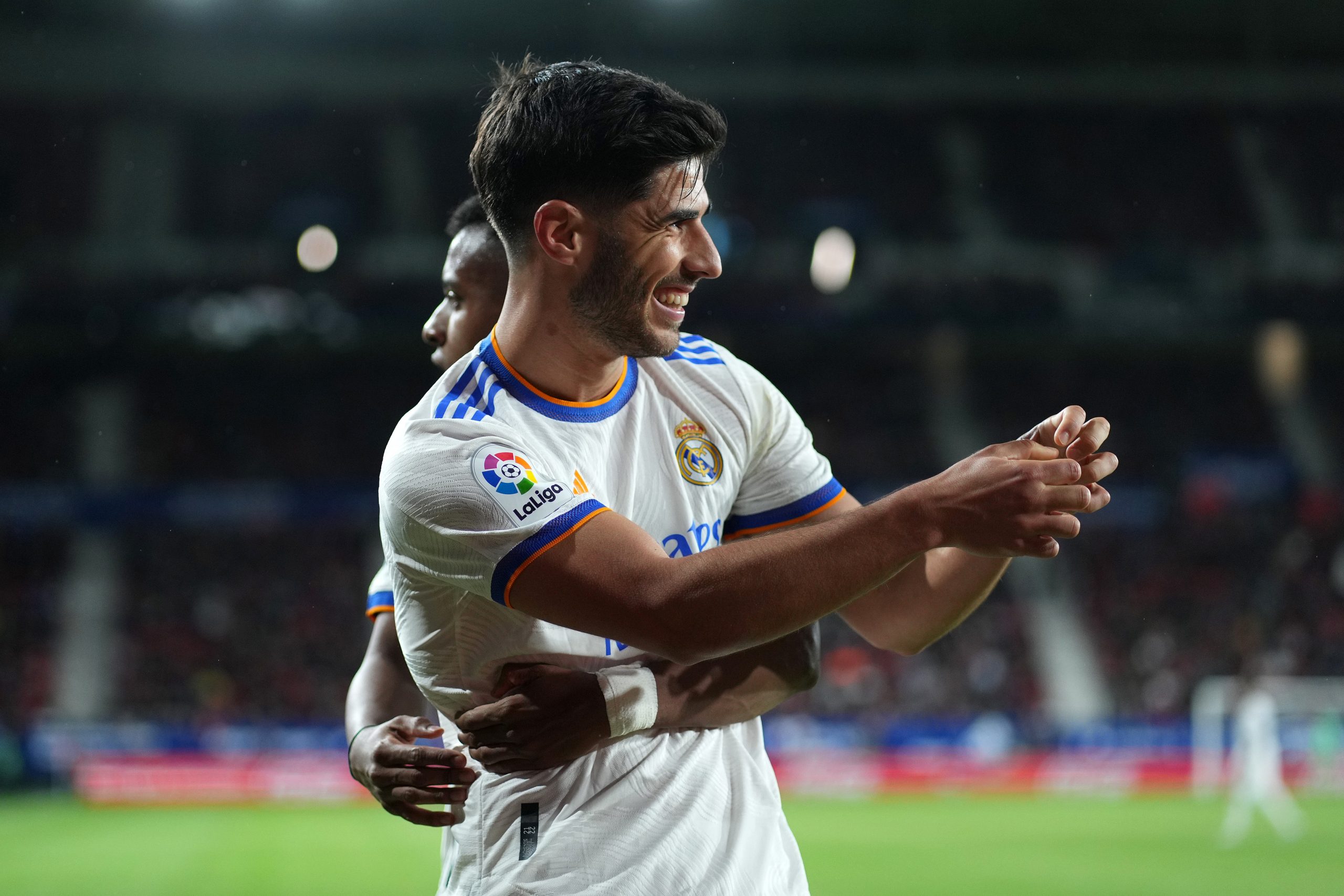 Marco Asensio’s decision to change agents and switch to Gestifute, the agency owned by Portuguese super-agent Jorge Mendes, has raised many eyebrows across the Real Madrid camp lately.

However, according to a report from Diario AS, the Spanish international has no intention to leave the Santiago Bernabeu in the summer, despite speculation over his potential exit.

Once regarded as one of the best up and coming talents in Europe, Asensio’s progress has stagnated in recent years due to injuries and lack of form.

The attacker has struggled to offer consistency up front, and despite scoring 11 goals in all competitions this term, he has fallen behind Rodrygo and Vinicius Junior in the pecking order.

Asensio’s current contract at Santiago Bernabeu expires at the end of next season. Reports earlier in the year had suggested the two parties are set to hold talks later this season, discussing the future of the Spanish international.

However, the talks are yet to take place so far as we head towards the final phase of the campaign, with only a handful of games remaining before the season comes to a close.

For Real Madrid’s part, they have no intention to offload Asensio for a free transfer. As such, they would want to finalise a decision on the player’s future by end of the season.

Los Blancos believe a move elsewhere could be the right choice for Asensio as they are expected to bring in major attacking reinforcements in the summer, including Kylian Mbappe, who remains the top target for the league leaders.

Mbappe’s potential arrival could further diminish Asensio’s chances of becoming a first-team regular. And even though the player is open to remaining at Santiago Bernabeu, his decision to switch to Gestifute suggests he could be prepared to bid farewell later this summer.