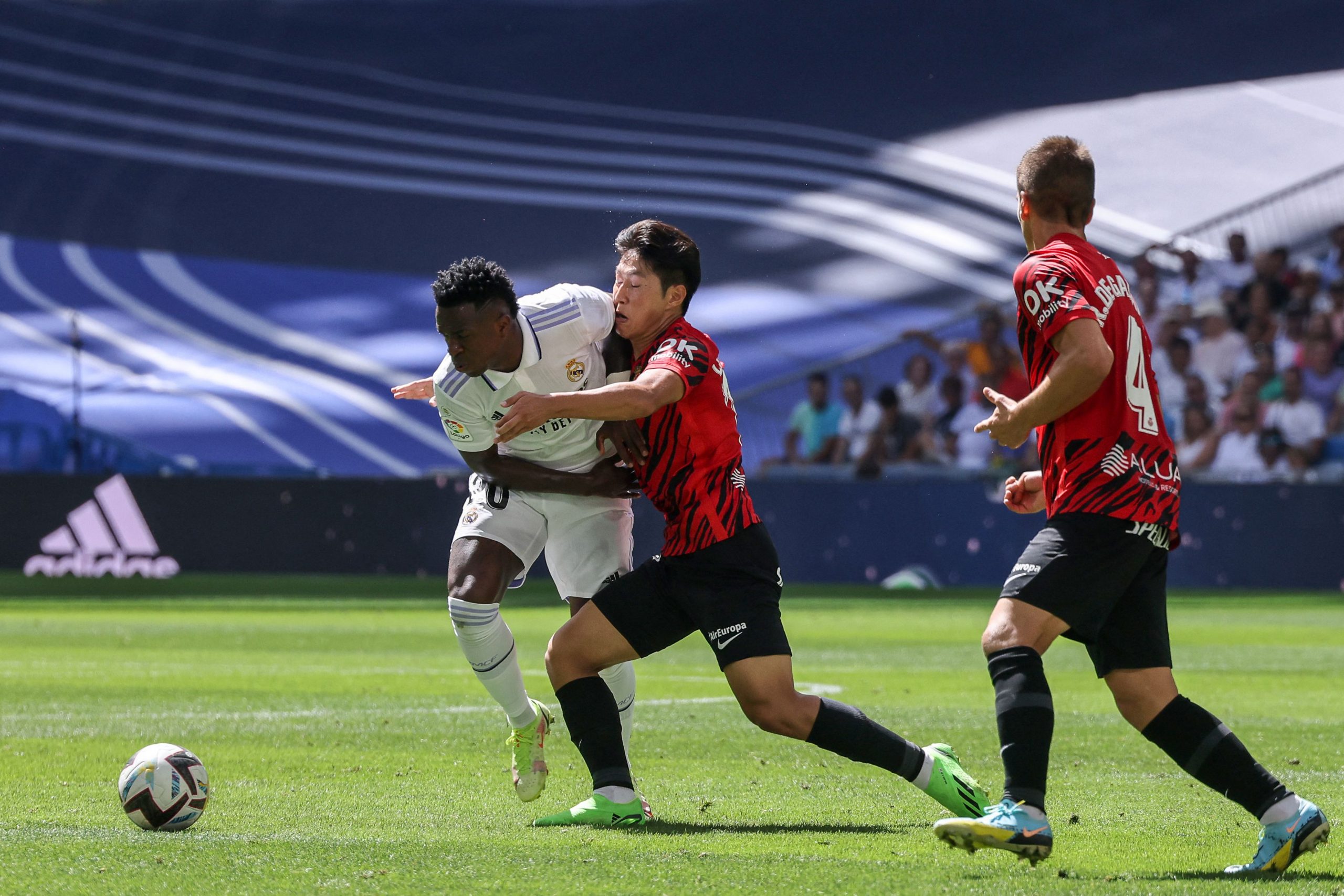 Vinicius Jr’s lively performance against Mallorca over the weekend was breathtaking, to say the least. All that showboating, however, came at a price as he suffered the most fouls during the match.

Mallorca were always supposed to be defensive, but apart from restricting Madrid from scoring, at which they failed, head coach Javier Aguirre had devised a plan to stop Vinicius.

The Brazil international was causing all sorts of problems from the left flank and this is when taunting and the pathetic escapade started. As reported earlier, Vinicius was a subject of intense ridicule, something that was done from the Mallorca bench.

The noises that were heard from the away bench were urging those on the field to ‘break’ the young forward. Outraged by the incident, the 22-year-old raced towards the away dugout for confrontation.

It was unexpected by the Brazilian, but it had to be done. Fair points to captain Toni Kroos though as he managed to prevent what could have been an ugly conflict.

“What happens on the pitch stays there,” said Javier Aguirre in his post-match conference. While it’s fairly right in some context, Spanish publication MARCA reports that Real Madrid are growing increasingly worried about the star Brazilian after the game.

Nothing negative in that regard, but the Mallorca players did succeed in getting into his head. They did not want him to calm down and they did it to perfection.

And so, the concern becomes even more alarming as Madrid believe instances like these could become frequent. The team want to protect their prized asset at all costs and the leaders, such as Kroos, Luka Modric and even Carlo Ancelotti are working on it.

The latter, for that matter, was heard “silence, silence” in the middle of the game. For Vinicius, it was one of those instances where he got carried away. The Brazilian has told the club leaders that his only aim is to play good football and stay away from controversies.

Vinicius is asking for respect, something that was lost during the Mallorca encounter and it made him vulnerable to a great extent, so much so that team manager Chendo had to escort him from the pitch after the win.

The Brazilian has made a splendid start to the season and, along with compatriot Rodrygo, is spearheading Real Madrid’s title defence. It will be important for him to keep calm during situations such as the one during the Mallorca game and rise beyond it.