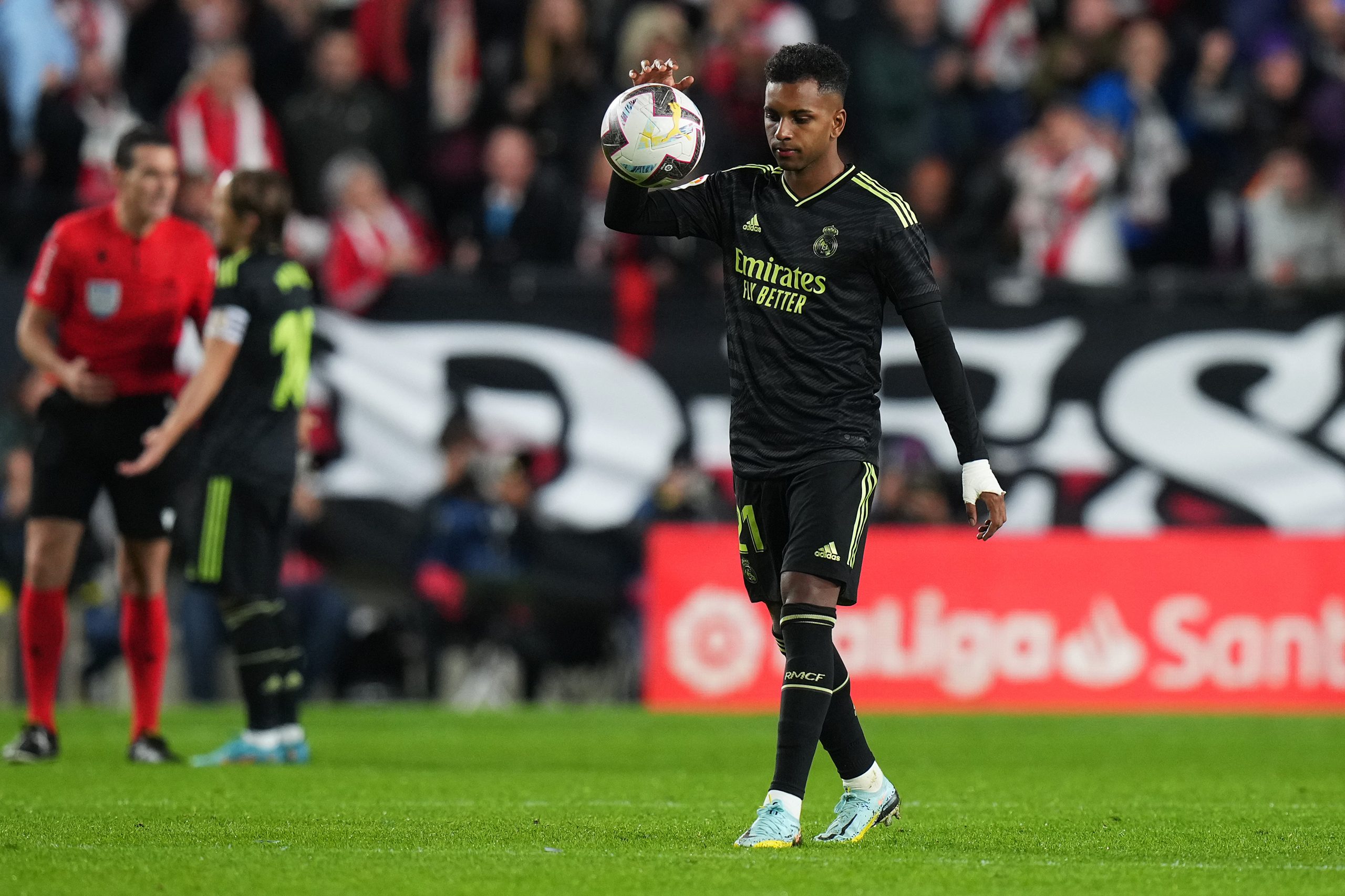 Real Madrid mounted a second-half comeback to defeat Villarreal 3-2 on Thursday night and secure a place in the quarter-finals of the Copa del Rey. Having been trailing by two goals at the break, Los Blancos‘ tremendous showing in the second period stole the show.

However, a particular incident involving Carlo Ancelotti and Rodrygo in the second period has seemingly caught the eye of the fans and the media.

Upon being taken off in the second half, Rodrygo trudged off the pitch and did not acknowledge his manager or shake his hand. This sparked a furious reaction from Ancelotti, who was seen admonishing the Brazilian on the bench soon after.

The manager downplayed the incident in his post-match presser, as he said: “He had a slight muscle strain and I decided not to risk him. He didn’t acknowledge me because I think he forgot, I don’t think it’s a big deal.”

However, according to Antonio Romero on Cadena SER, there could be more to Rodrygo’s actions than just him forgetting to shake Ancelotti’s hands.

As per the report, the 22-year-old forward has been telling his inner circle that he is tired of always being a substitute even though he has shown enough to earn a place in the starting XI.

Furthermore, Rodrygo is also said to have grown frustrated as he feels that even when he does start a game, he is always the first one to be substituted by the manager, as was the case on Thursday night against Villarreal.

Of his 25 appearances this season, Rodrygo has started as many as 18. However, it must be noted that many of those starts came due to Karim Benzema’s injury-enforced absence before the World Cup break. Otherwise, Ancelotti, more often than not, has preferred the frontline of Vinicius Jr, Benzema, and Federico Valverde.

Since the World Cup break, the Brazilian has not started in either of Real Madrid’s two La Liga games, and he was not a part of the first XI against Barcelona in the Copa del Rey either.

Given the number of important goals he scored last season, there is a case to be made for Ancelotti to trust him more in important matches.