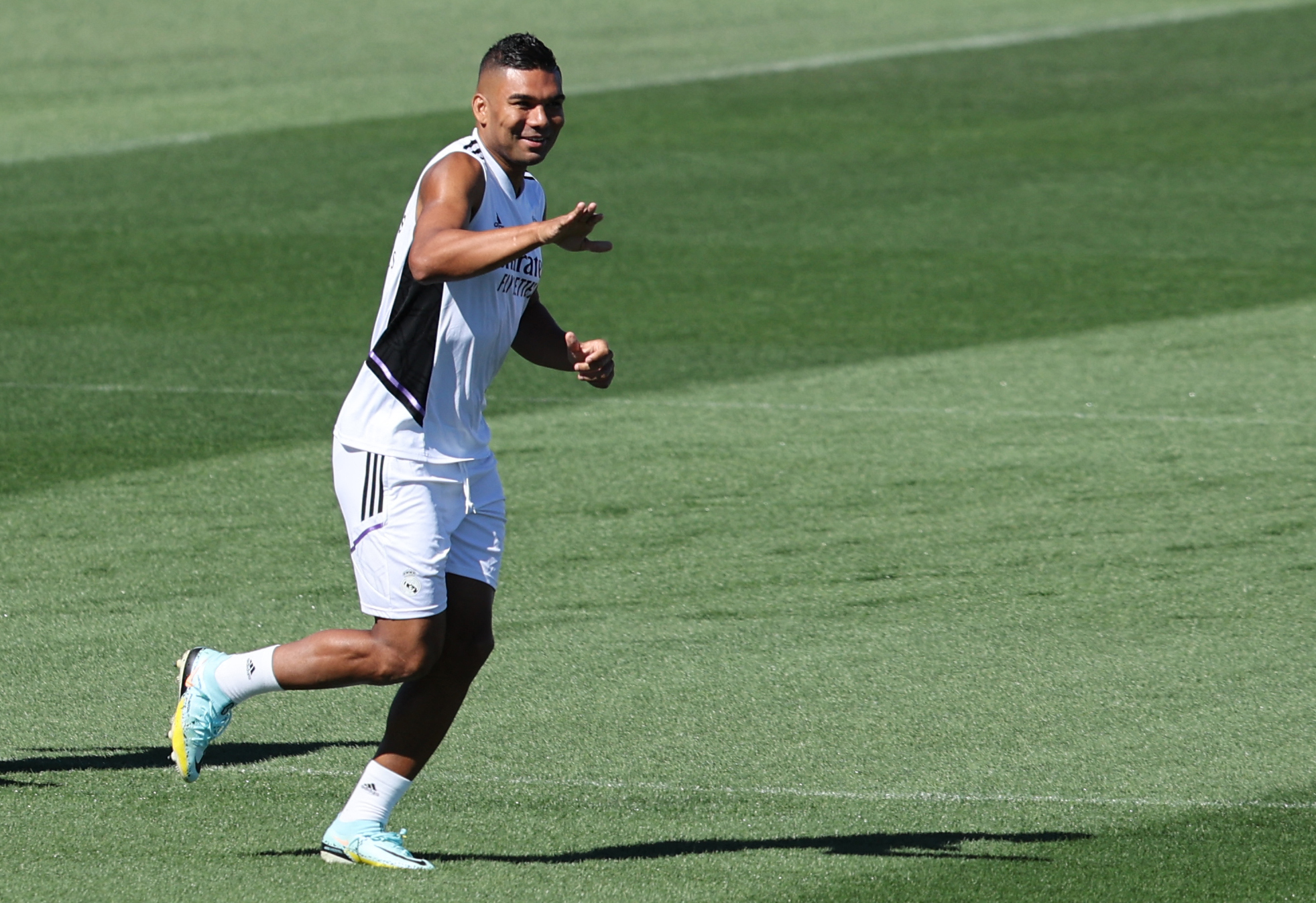 Casemiro’s departure from Real Madrid marks the end of an era for the club. Widely regarded as the best defensive midfielder in the world, the Brazilian was one of the most vital components of Los Blancos’ setup for close to a decade.

Manchester United officially announced their acquisition of the 30-year-old on Friday. The English side agreed to pay €86 million including add-ons for the player.

According to reports from AS, Real Madrid president Florentino Perez and CEO Jose Angel Sanchez have decided to reinvest the money from Casemiro’s sale into the Bernabeu renovations.

Instead of looking for an immediate replacement in midfield, the club prefer to wait until January strategically before bringing someone in.

Aurelien Tchouameni was signed this summer to be Casemiro’s long-term replacement and will likely begin his gargantuan mission as early as Saturday.

With Federico Valverde, Eduardo Camavinga, Toni Kroos and Luka Modric in the running, manager Carlo Ancelotti has no shortage of options for the upcoming season.

All eyes will now be on the newly signed Frenchman to see if he can live up to the astronomical expectations. Needless to say, the Brazilian’s departure could be a blessing in disguise for Los Blancos.

The Santiago Bernabeu renovation began in 2019 and was expected to be ready by this year. However, a combination of the pandemic and war delayed the process.

The new stadium will be ready in time for the 2023-24 season. While there will be no actual increase in capacity from the existing 81,044, the renovation will ensure better spacing and access to the existing seating.