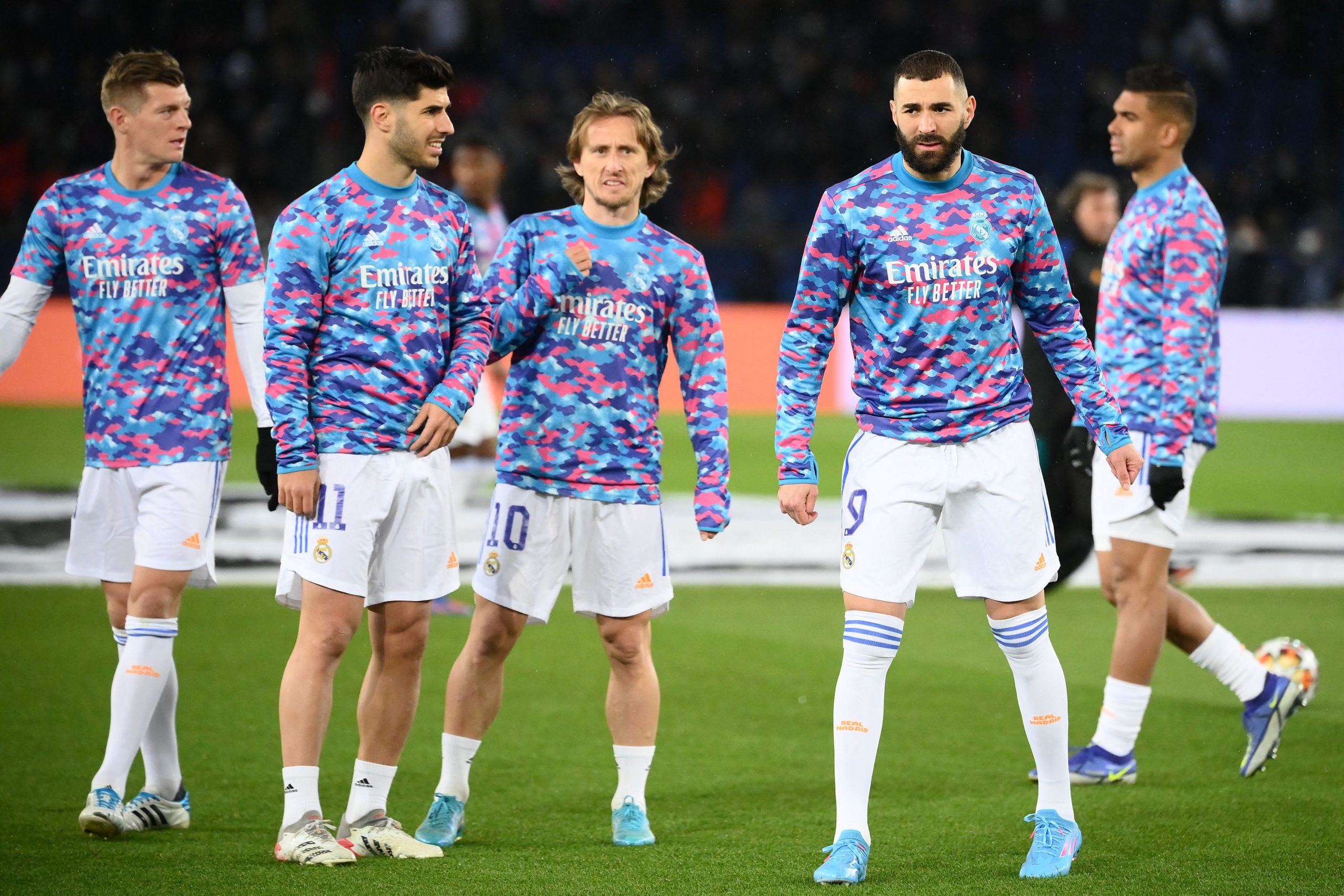 A recent report from Mundo Deportivo has offered a comprehensive update on Real Madrid’s plans with some of the players whose contracts are expiring at the end of the season.

There are seven players whose current deals at the Santiago Bernabeu run down in the summer of 2023. However, even though Real Madrid have yet to extend the contract of any of the players, the club have laid down plans for the same.

Karim Benzema, for one, is one of the undisputed stars in the team and after securing the Ballon d’Or this year, the Frenchman is expected to receive a contract extension at Bernabeu. The club will expect him to continue for at least another year before they eventually splash the cash on a younger forward.

Much like Benzema, Real Madrid also want to extend the contract of Luka Modric and Marco Asensio, who has enjoyed a return to prominence. Although Asensio has been lately linked with a move to Barcelona, the Spaniard will likely be handed a new deal.

These are the three players that are destined to receive new deals at Santiago Bernabeu. But there are certain individuals, whose future at the club depends on various factors.

One of them is Toni Kroos. Although Real Madrid are more than willing to hand the German a new deal, the player is contemplating an early retirement from professional football.

Nacho Fernandez, on the other hand, could consider a move away from Santiago Bernabeu after playing second fiddle to first-choice Real Madrid defenders for years. The club are satisfied with his performances, but whether or not the veteran chooses to renew remains uncertain.

As for Dani Ceballos, the midfielder has struggled with a lack of game-time and injuries and has never quite managed to fulfill his potential. There might be a possibility that he will renew, but it will depend on many factors.

Finally, there is one player who is destined to leave Real Madrid at the end of the season. The player in question is Mariano Diaz, who has no prospect at Santiago Bernabeu under Carlo Ancelotti and could finally leave the next summer, on a free transfer.