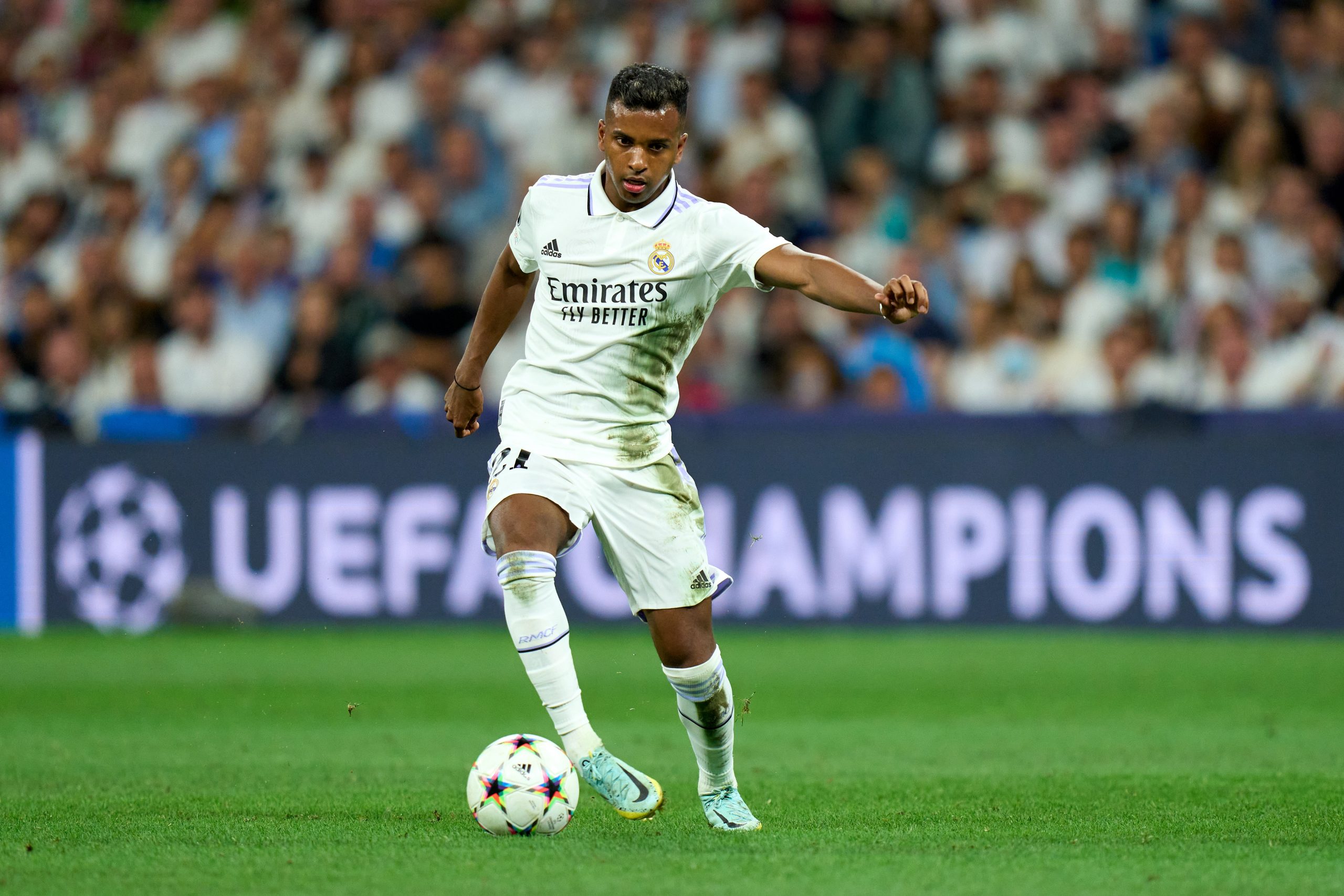 With Real Madrid winning every game so far this season, one of their biggest success stories has been Rodrygo finding a new home as a false nine.

Carlo Ancelotti first hinted at his belief in the Brazilian international as a potential striking option, after he scored the winner against Real Betis in a 2-1 victory inside the box.

Against Mallorca, the 21-year-old was shifted mid-game into a more central role, and he ended up registering a wonderful assist for Vinicius Jr’s strike, before scoring a sublime solo goal in a 4-1 thrashing.

And in the latest Madrid Derby, the youngster popped up with a well-taken opener, after playing a superb one-two with Aurelien Tchouameni. As the former Santos forward continues to shine as a striker, one of the reasons behind his rise in a newfound role has surfaced.

According to the latest information provided by MARCA, Real Madrid’s staff are understood to have asked Rodrygo to gain muscle.

This piece of advice was given to the wonderkid, as becoming stronger as a whole, whilst already being rapid would help him evolve into a bigger threat centrally in particular.

It seems as if the son of former Juventus right-back, Eric Goes has taken the suggestion on board and is unlocking new levels in his game this season.

When Karim Benzema suffered an injury against Celtic in the Champions League, Madridistas were understandably worried, as Eden Hazard was set to be their alternative in an unfamiliar position.

While the Belgian seemed out of his depth as a false nine, the same cannot be said for Rodrygo, who has risen to the challenge and emerged as a suitable understudy to the club captain.

The 21-year-old has already scored thrice and set up two more goals in seven matches across all competitions. His performances of late, especially against Atletico Madrid, have eased some of the fears among fans about the overreliance on Benzema and Vinicius Jr in attack.