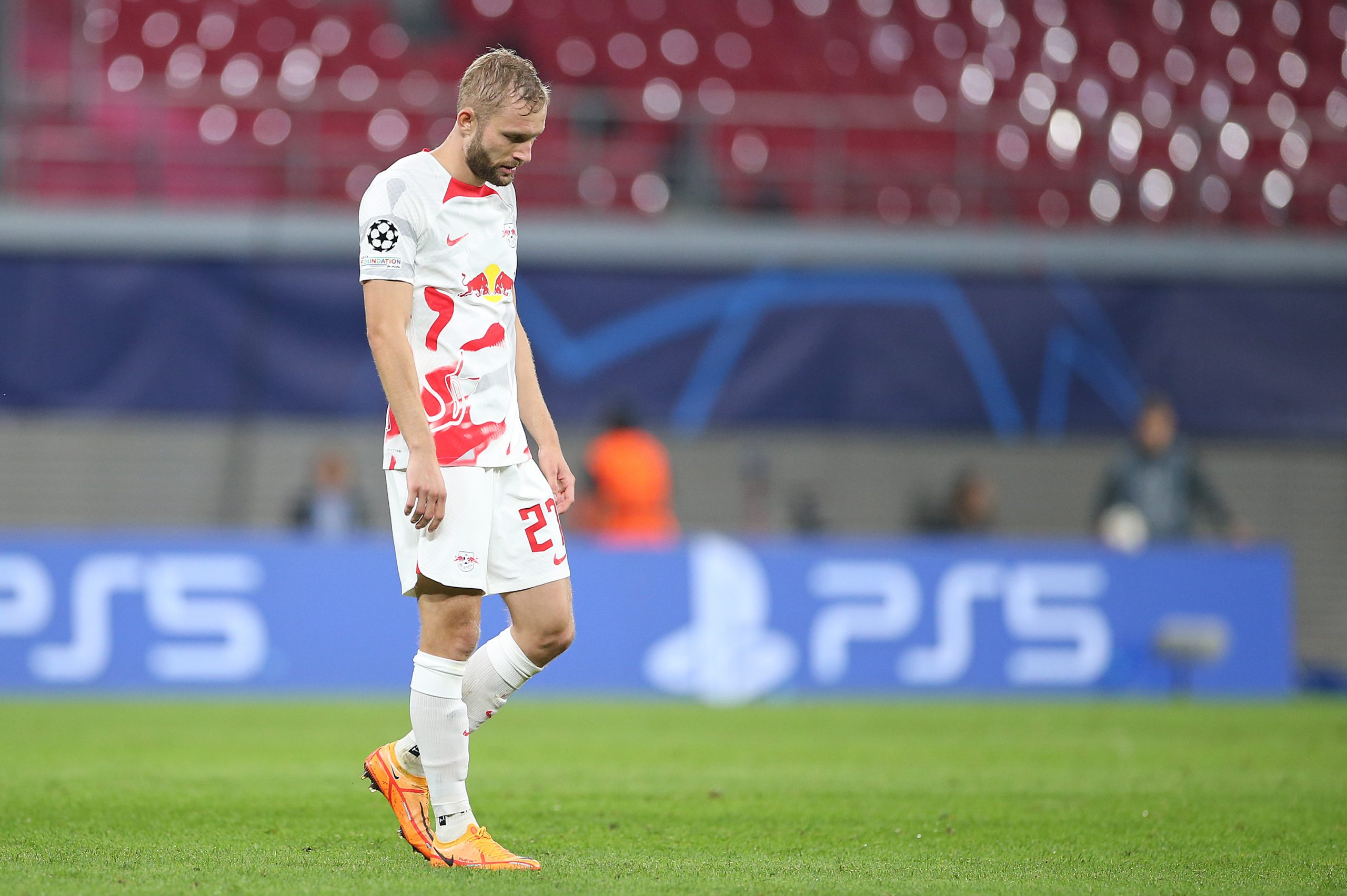 Real Madrid will be gunning for yet another victory – their eighth of the season in all competitions – when they take on RB Leipzig in the UEFA Champions League on Wednesday night.

Los Blancos go into the game with three players unavailable as Karim Benzema, Lucas Vazquez and Eder Militao have been left out of the squad due to injury issues.

Like Real Madrid, RB Leipzig, too, are carrying several fitness problems in their squad and will be without as many as three players for the trip to the Spanish capital.

As reported by MARCA, RB Leipzig will have to make do without Spanish international Dani Olmo, versatile defender Lukas Klostermann and midfield mainstay Konrad Laimer for the clash against Real Madrid.

Among the trio, Olmo’s absence is a major blow for Leipzig given the value he brings to the table with his versatility and attacking nature.

Laimer is also a key piece of this Leipzig setup and is the latest one to pick up an injury. The Austrian international is expected to be sidelined for several weeks after damaging his ankle ligament during Leipzig’s 3-0 win over Borussia Dortmund this past weekend.

With Laimer unavailable, Kevin Kampl and Xaver Schlager could form the midfield double pivot for Die Roten-Bullen on Wednesday night.

And while they will miss the likes of Olmo and Poulsen, there is plenty of threat in the attacking unit with Timo Werner, Christopher Nkunku, Dominik Szoboszlai and Andre Silva.

Yussuf Poulsen, who had been out with a thigh injury, returned to the bench against Dortmund this weekend and will provide more depth in the final third.

Leipzig have not made the best of starts to the new season and have already changed managers, replacing Domenico Tedesco with Marco Rose. They will hope to build on their win against Dortmund and pick up all three points at the Bernabeu.