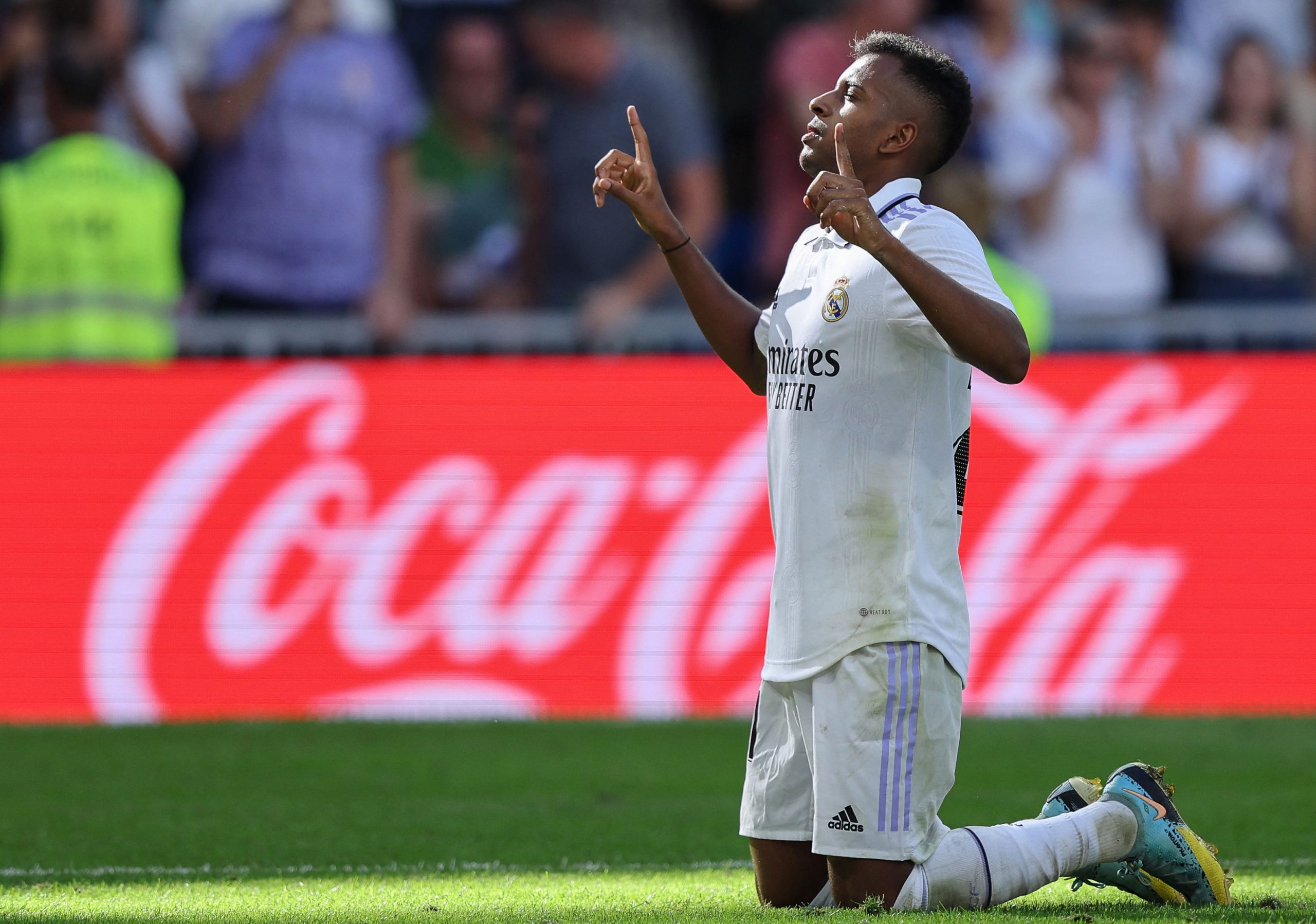 Speaking with 433 on Instagram, Real Madrid forward Rodrygo Goes has claimed that he idolises fellow Brazilian Neymar while naming the legendary Pele as the greatest ever to play the game of football.

The Brazilian international has his roots at Santos FC, the same club where Pele and Neymar became icons. And Rodrygo admitted that he is putting in all the efforts to continue in their footsteps, saying:

“I’m working hard every day to reach their level, they are two amazing players. Neymar is an idol to me. Pelé is the greatest player in the history of our sport.”

Real Madrid enjoyed a spectacular season last time out as they won both La Liga and the UEFA Champions League. Rodrygo made valuable contributions in both triumphs, scoring vital goals at key stages of the campaign.

Asked to pick which success between La Liga and UCL was sweeter, he said: “Both gave me a lot of joy. However, I think the UCL was more special.”

The 21-year-old then added that Los Blancos are more than capable of retaining both their crowns this season, saying: “I think we can win La Liga & the UCL again. I think we can do it.”

Rodrygo has made a good start to the new season and has been among the goals of late. The Brazilian has been asked to play through the centre by manager Carlo Ancelotti in Karim Benzema’s absence, a role in which he has thrived.

When asked if he believes he can become the top scorer in La Liga this season, Rodrygo replied: “It depends because there is also Benzema (laughs). But of course, I’ll try to score way more goals.”

The ex-Santos prodigy was put on the spot by the interviewer when he asked him if he would prefer scoring a hat-trick in a match Real Madrid lose or like watching the team when he was on the bench. In response, Rodrygo said: “I would rather see Real Madrid win.”

When told to name the best Brazilian he has ever played with, Rodrygo once again picked the name of PSG superstar Neymar.

When quizzed about the chances of the Brazil national team in the upcoming FIFA World Cup in Qatar, the forward replied: “I think we have it all to go far in the World Cup and if it’s God’s will, we will be champions.”