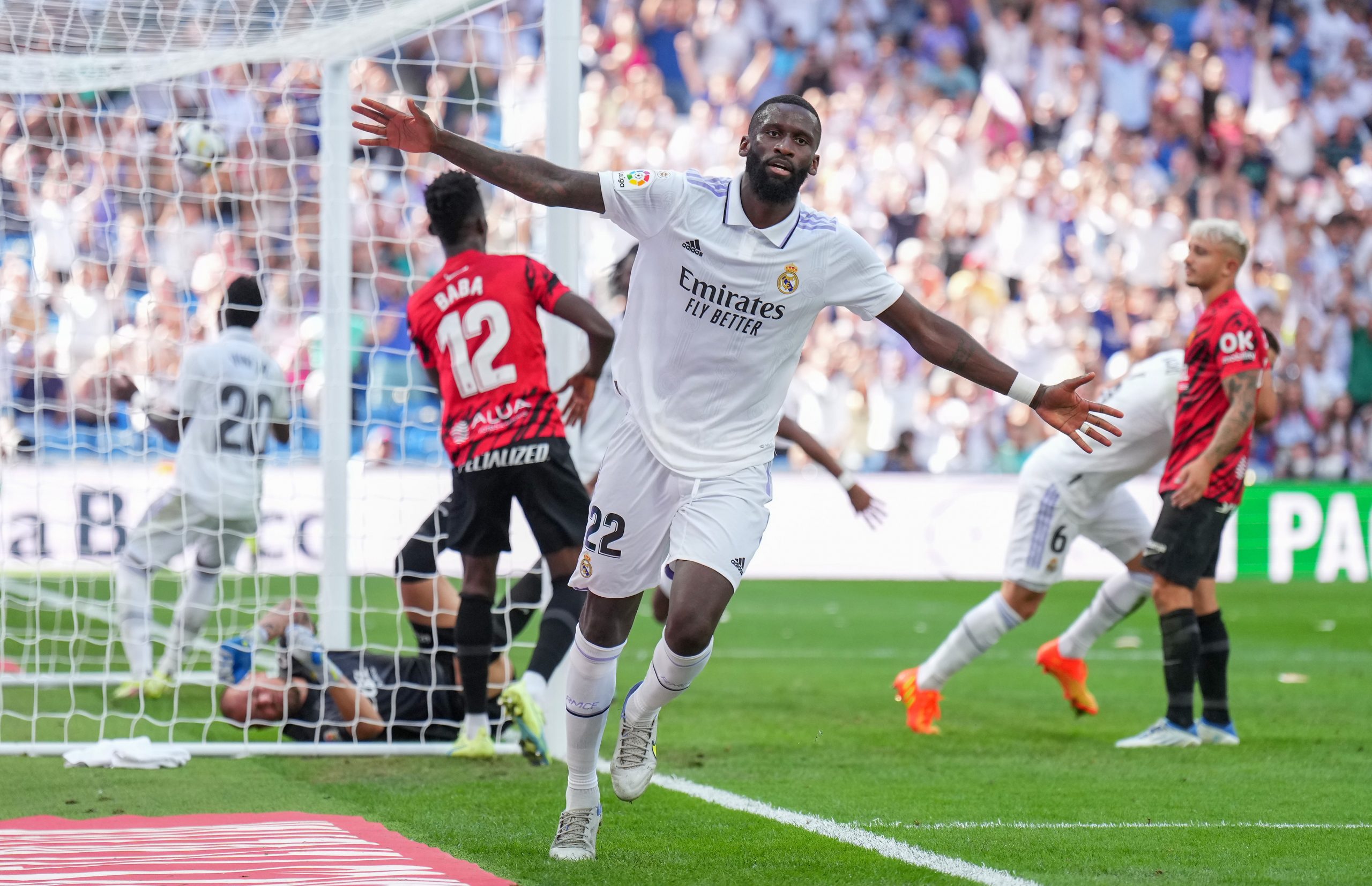 Arriving on a free transfer from Chelsea in the summer, Antonio Rudiger has settled into the Real Madrid team like a fish takes to water.

At the time of writing, the 29-year-old has featured in each of Madrid’s nine competitive games this season, albeit his appearance in the UEFA Super Cup was a mere five-minute cameo.

The first few months of Antonio Rudiger’s Real Madrid career couldn’t have been any better, as his team remains the only side to enjoy an unbeaten form across Europe’s top five leagues.

“I agree. The results are good, we have a lot of fun as a team and I’ve settled in really well,” the German told Sport1 in a candid interview. “To be honest, a team has never made it so easy for me to find my way around straight away.”

Rudi, as he is known in the Real Madrid dressing room, talked about several aspects, including the one Real Madrid player he looked upto while growing up. Speaking of the legendary Real Madrid defender, Pepe, the German international said,

“Pepe was my big role model at Real Madrid, as I always wanted to be like him. I used to watch videos of him straddling his opponents.

“I was still young and wanted to show everyone that I can be tough too. That was in my head. Crazy how good Pepe was. Not only in a duel, but also in the game structure.

“Today, however, everyone at Real tells me that he was actually a very calm character off the pitch. And guess what? He was the only player I ever waited an hour to get his jersey for.”

“Pepe, Sergio Ramos and Thiago Silva are the three player names I’m most proud of in my kit collection. Absolute legends,” he added.

Rudiger, who played alongside Thiago Silva and Andreas Christensen at Chelsea, now forms a pair with either David Alaba or Eder MIlitao in the Real Madrid backline.

Speaking about it, he said, “I’ve known David for a long time, as have Toni, Thibaut Courtois and Eden Hazard. He helped me integrate right away.

“With him, we have a three-time Champions League winner who is very experienced. We two are the older ones. And with Militao we have a younger player who is already very far. When I look at him, I see myself at 24. We tick the same way,” explained the German.

On being asked which Real Madrid player has surprised him the most, the former Chelsea man picked his compatriot Toni Kroos. He explained that while the two have played together on the international circuit, they have bonded well at Real.

“Toni Kroos,” he said. ”We always got along well and respectfully with the national team, but we always exchanged two sentences with each other. Something like ‘Hey, how are you?’ and ‘Bye’. Maybe because we just didn’t have enough time.

“At Real, I met another Toni Kroos. He speaks very good Spanish, is completely open and also very helpful. He has supported me with the language since day one and has offered to help me with other things several times out of nowhere. He’s a very relaxed guy.

“What he has achieved since moving here is amazing. This standing and this respect that is shown to him here in the club and in Spain, in general, speaks for itself and is of course also an incentive for me,” said the German.

When asked what his relationship with Carlo Ancelotti is like, he said, “I can tell you a very nice story from the day before my presentation.

“I had only been in our new house with my family for a few hours, we were just barbecuing – until the doorbell suddenly rang. I opened it and Carlo Ancelotti was just standing in front of me. A wow moment.

“He sat down at the table with us, ate with us and got to know my family. Very normal, very down-to-earth. He was there for two hours, we talked about everything. I’ll be honest, I’ve never experienced anything like it, no coach has ever done something like that for me.

“After the few months with him, I have to say: When it comes to dealing with players, Ancelotti is untouchable. Stop Don Carlo, a coaching legend – he already collected Champions League titles when I was a child.

“Working with him every day now and at the most successful club in the world is wonderful,” he added.

The German defender also discussed how his move to Real Madrid transpired in the summer, saying that he only had two options, either to continue with Chelsea or move to Madrid.

“There were only two options for me: either I stay at Chelsea or I go to Real. Germany was not a serious issue,” he explained.

Lastly, he added that it was Chelsea’s game against Real in last season’s UEFA Champions League quarter-final which changed the course of his career.

“At the end of April, it became really concrete. But before everything was clear, my brother fooled me a bit. We played with Chelsea against Real in the quarter-finals of the Champions League.

“After the first-leg defeat, he suddenly said to me: ‘Toni, I don’t know if this will still work! In the second leg, ‘you have to show everything so that the change works.’ My head was shattered, and that spurred me on.

“After Timo Werner made it 3-0, I thought: They’re gone! No other team had Real on their hands like we did – in their own stadium, ten minutes before the end. I then speculated that the fans would go a little against their team and whistle.

“I also wanted to tease a bit myself. But there was nothing to tease about. The fans screamed like Real scored and not us. There’s something in the air here, I thought. And then four minutes later that outside-instep pass from Modric – and things took their course,” he concluded.