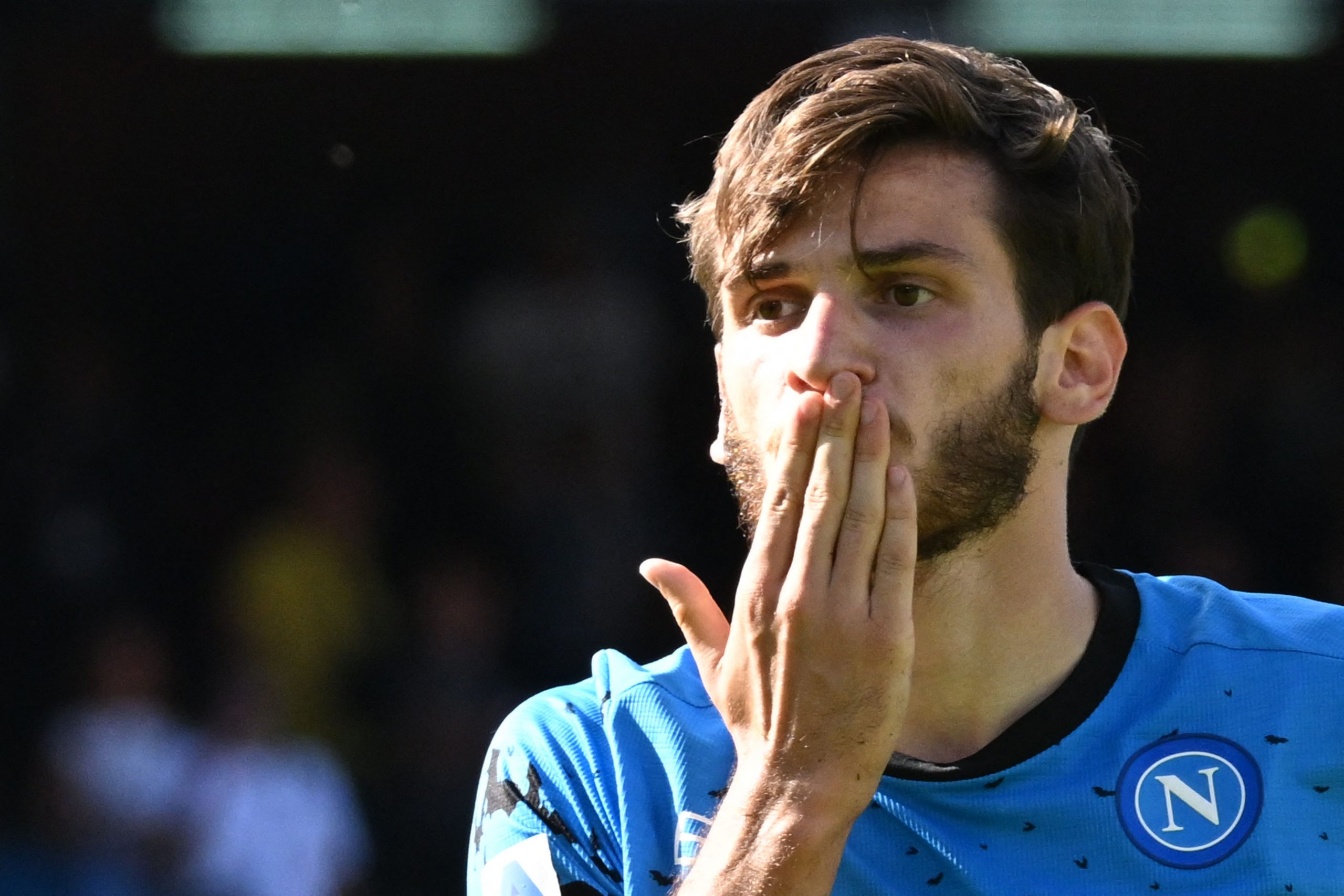 During the period between May 2018 and December 2019, Carlo Ancelotti was the man in charge of Napoli. His spell at the Serie A side was far from his best stints and he left the Italians after 19 months for Everton.

Yet, there is still a deep sense of respect between the manager and his former side. Earlier today, Napoli phenomenon Khvicha Kvaratskhelia expressed his happiness over receiving praise from Ancelotti as revealed by Corriere dello Sport.

“Ancelotti called me special? It’s a great emotion, he made me happy & I thank him from the bottom of my heart,” the winger said.

The response comes in light of Ancelotti’s interview earlier this week where he spoke about Napoli’s strong start to the season and their game-changing summer signings. During that conversation, he has only words of praise for Kvaratskhelia.

“Kvaratskhelia surprise? He is a special player. We were already following him when I was at Napoli,” Ancelotti had said.

Further elaborating on his adulation for Real Madrid, Kvaratskhelia then revealed that both of his footballing idols were Real Madrid legends, Cristiano Ronaldo and Guti.

“Cristiano Ronaldo is my idol, even if my first one was Real Madrid’s Guti. When I played in the streets of Tbilisi, I wore a white shirt, writing his name on the back.”

The 21-year-old completed his move from Dinamo Batumi to Italy in a deal worth €10 million in July. With less than half the over, the club are already convinced they got their man on a bargain.

In his first eight games for Napoli, the Georgian international has scored five goals and provided two assists. Quite clearly, he did not require much time to adapt to his new environment.

The youngster is now on the radars of Chelsea and Liverpool given his strong performances. It remains to be seen if Real Madrid jump into the race for him eventually, especially given that Ancelotti has his eye on him.