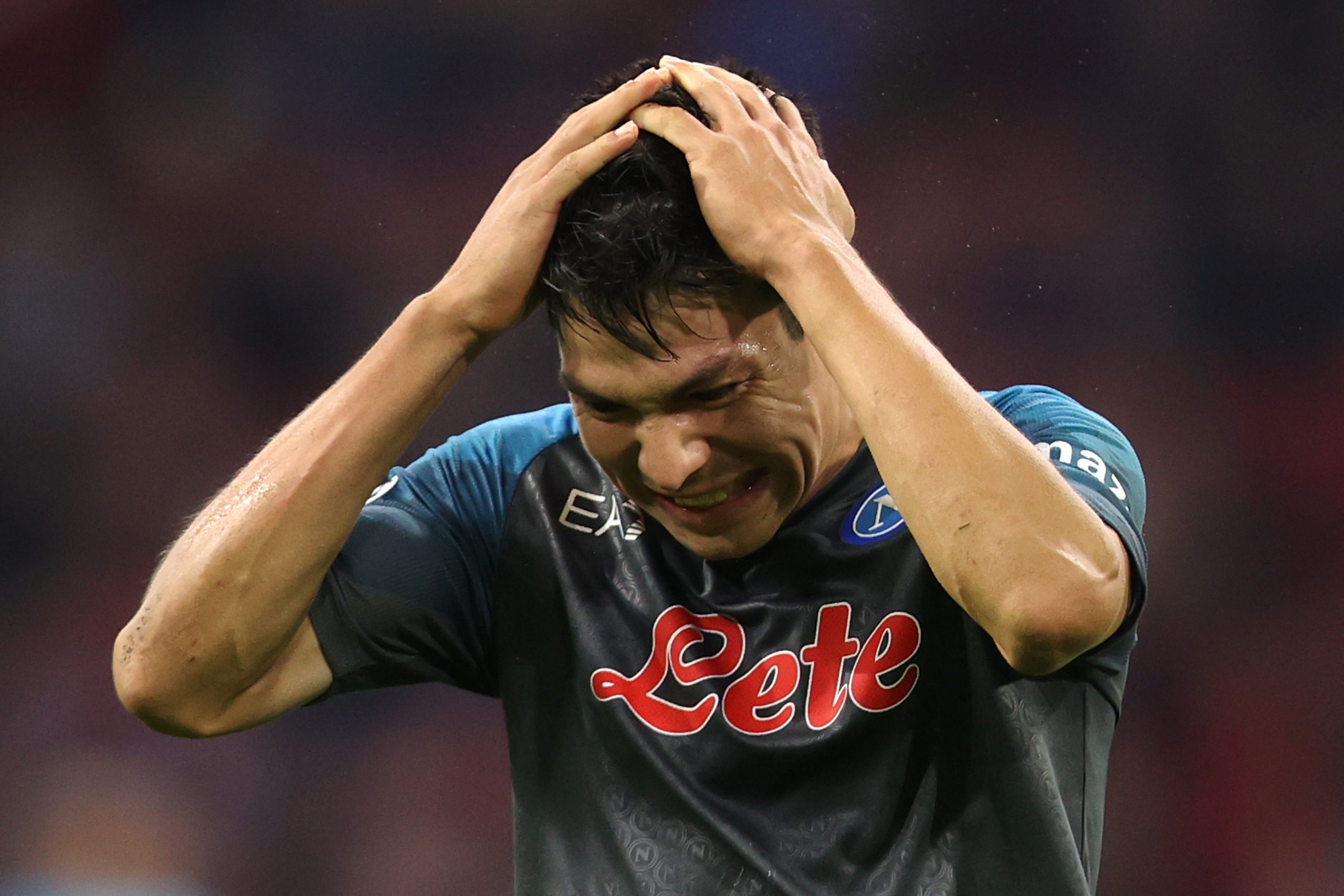 With Real Madrid being one of the most successful sides in history with an incredible global fanbase, there is a shout for them being the biggest club in the world.

Over the years, a number of top players have departed their clubs every time Los Blancos have come calling, as it is considered a once-in-a-lifetime opportunity to play for a side of such stature.

Like a bolt from the blue, Hirving Lozano’s agent, Alessandro Monfricula expressed his client’s desire to play for the European champions.

“Lozano has never hidden that he loves to move to Barcelona or Real Madrid”, he revealed, as quoted by Gonfialarete.

Unsurprisingly, the Mexican international is also keen on a move to Xavi’s side, considering their status as a footballing giant as well.

While Lozano’s interest in playing for the side from the Spanish capital will undoubtedly flatter Carlo Ancelotti’s men, it is worth pointing out that it is next to impossible for any such move to come to fruition.

For starters, it has been reported recently that Los Merengues’ priority in the forward areas is to bring in a striker next season, as opposed to a winger such as the Napoli star.

Additionally, it is expected that the club’s prime focus will also be on the signing of Jude Bellingham, considering their aim to complete the process of overhauling their legendary midfield trio of Casemiro, Toni Kroos and Luka Modric.

Aside from that, Lozano’s involvement at the Italian club over the past couple of seasons has not been encouraging, considering he only played over 20 league games back in the 2018/19 campaign.

With Vinicius Jr. being a contender to win the Ballon d’Or, Rodrygo’s impressive versatility across the front line and Federico Valverde’s ability to ably deputise at right wing, Hirving Lozano’s dream will likely remain unfulfilled.