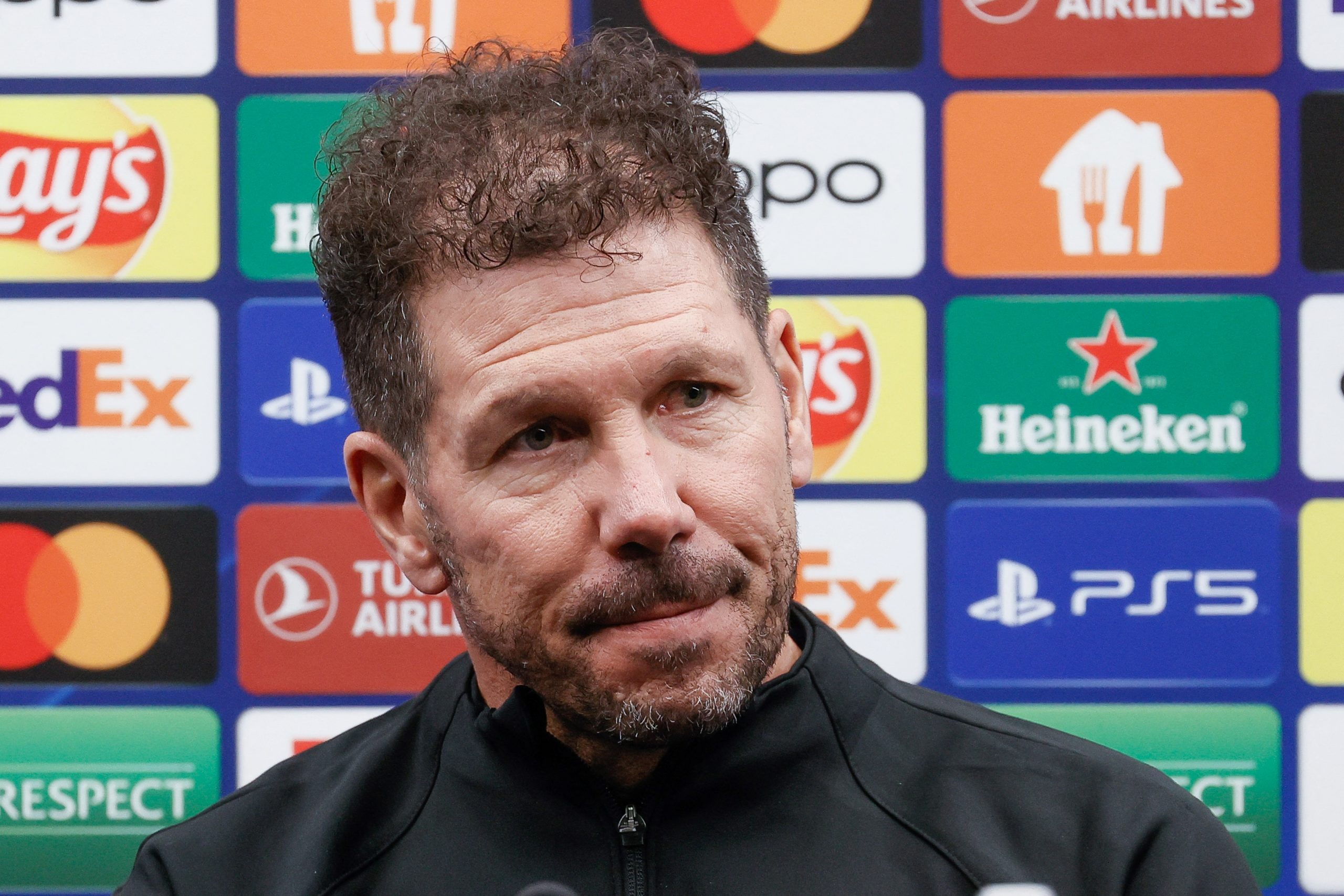 Atletico Madrid fell to a tame 2-0 defeat at the hands of Club Brugge on Tuesday night at the Jan Breydel stadium. Los Blancos were the better side for most of the opening spell but clinical finishing and well worked goals from Kamal Sowah and Ferran Jutgla helped the Belgian side pick up three points.

Los Rojiblancos are currently at the bottom of Group B with three points and a goal difference of -3. For the Spanish outfit to have any chance at qualifying, they will have to win all their remaining games in what will require a herculean effort.

Diego Simeone spoke to the press after his team’s defeat and provided a detailed analysis of his team’s performance. Here are the snippets from his presser.

On his team’s performance: “I expected the enthusiasm of a team that was doing well in the Champions League. We didn’t take advantage of the chances. In the second half, it seemed the other way around. The forcefulness allows you to accommodate the game or not.”

On the injuries to Jose Gimenez, Marcos Llorente and Nahuel Molina: “The doctors will give better information about the injured, hopefully, it will be as minor as possible for the three of them.”

On their situation in the group: “They have done a good offensive action, but it is clear that we have to improve in that aspect. The good thing is that we depend on us, but you have to correct as quickly as possible because this competition does not allow you to make mistakes.”

On the positive first half: “We lack forcefulness. That gives us the possibility of carrying on with games. The first half was well managed, with the idea we wanted. First Carrasco had it, then Morata, but the goalkeeper also played. But the first time he they had appeared the goal”.

On the underwhelming second half: “In the second half it started with what Oblak served very well. The team insisted, the best of them is the goalkeeper. We have the feeling that we lacked forcefulness. We have to generate so that the good energy ends in a goal.”

On Antoine Griezmann: “We understood that Griezmann had to start today and we made him play from the start”.

On the missed penalty: “If the penalty could change the situation? Well, and Morata’s move, Carrasco’s. A goal always suits you and creates another space for you.”

On the positive takeaways: “They are always finals. We are left with a lot of positive things that the team had, many goal situations, pushing despite the difficulties, missing a penalty and continuing push.”