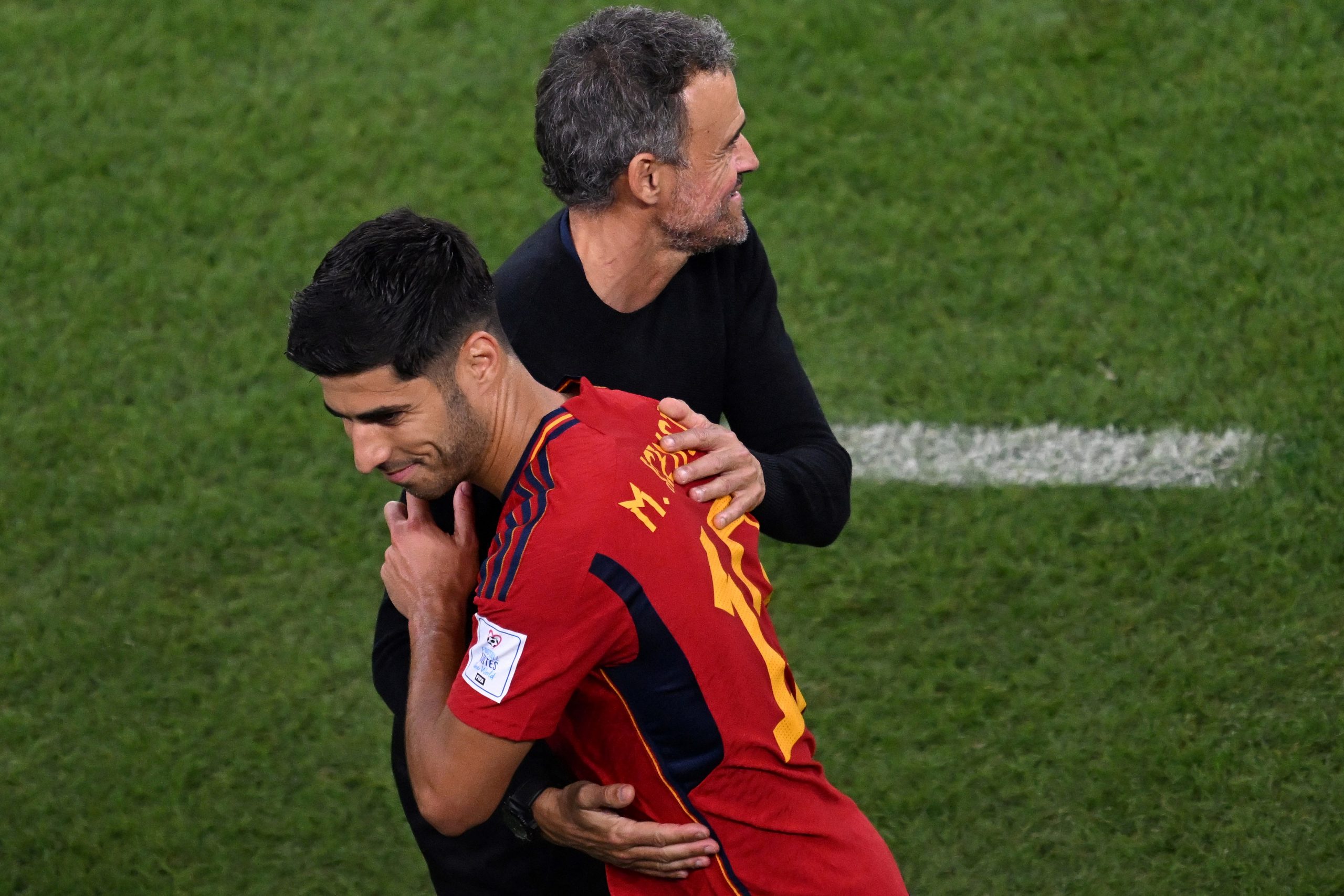 Asensio was one of the main protagonists for Spain as they thrashed Costa Rica 7-0 to begin their FIFA World Cup campaign with a bang. And the 26-year-old Real Madrid ace was on target, scoring a fine half-volley in the first period.

The Real Madrid winger has been deployed as a No. 9 by Enrique in recent matches for Spain and he has delivered in the role with his movement in the final third as well as his aggressive pressing from the front.

Considering that he was on the fringes of the Merengues’ setup not very long ago, the turnaround has been a great one for Asensio and Enrique has praised the forward, calling him a top player.

“Every time he has been with us he has shown the desire that everyone has, but also precision and individual quality beyond any doubt. Marco is a world top player,” Enrique said on his stream (h/t Mundo Deportivo).

Talking about utilising Asensio in a central role, the Spain manager added: “We’ve worked with him on the things we wanted him to improve and he has done just that. When he plays as a ‘9’ he initiates the pressure and that requires effort and great responsibility.”

“It’s a pleasure to see how our six forwards press, they give us guarantees. Marco is a guarantee and he’s in great form for the World Cup,” the Spain manager further added.

Asensio’s future has been a topic of intense debate, with his contract at Real Madrid expiring at the end of the season. While it has been reported that Los Blancos are looking to renew his deal, arch-rivals Barcelona are also keeping an eye on his situation.

In fact, the Blaugrana’s midfield sensation Pedri opened the door for Asensio to make the switch to Spotify Camp Nou at the end of the season when he said:

If Asensio continues to perform at this level during the World Cup, more and more suitors will line up to sign him in the summer.