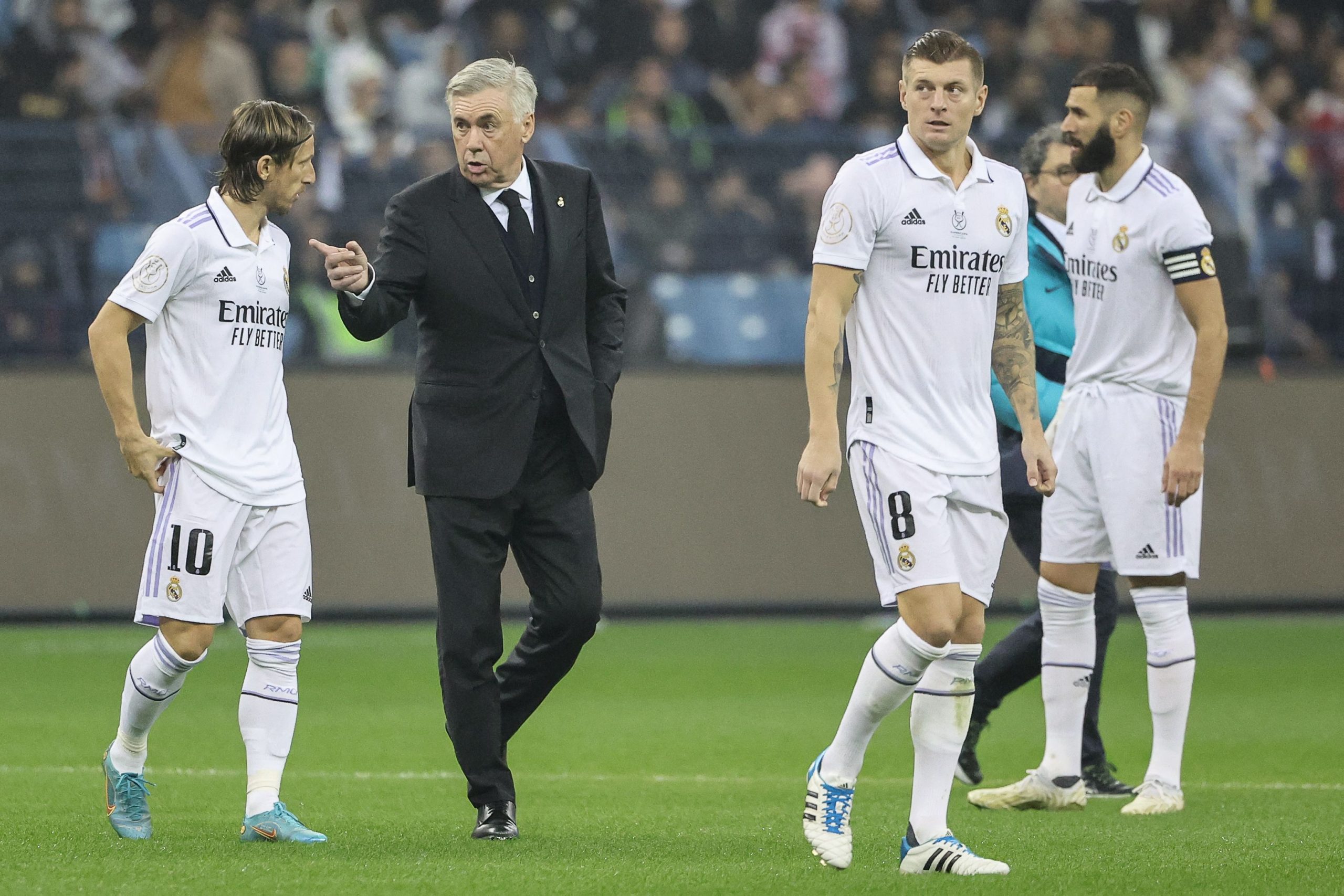 According to MARCA, Real Madrid’s defeat to Barcelona in the finals of the Spanish Super Cup on Sunday night has sent the alarm bells ringing. Tensions are said to be rising within the camp after a torrid start to the second half of the season post-World Cup.

Real Madrid resumed their campaign with a late, unconvincing win over Real Valladolid and just about managed to beat fourth-division side Cacereno in the Copa del Rey. Following that, Villarreal managed to get the better of Carlo Ancelotti’s men in La Liga.

As per the report, following the loss to Quique Setien’s side, doubts had started to creep in at Real Madrid as they flew to Riyadh for the Super Cup.

And the unconvincing display against Valencia, where they needed penalties to win the semi-finals, only served to increase those doubts.

Ancelotti had made it a point to warn the team about their defensive lapses in recent matches as well as the lack of intensity.

But on Sunday, Real Madrid seemed to have not heeded their manager’s repeated warnings as they were all over the place defensively, while they failed to show the heart and fight one usually associates with them.

Each of Barcelona’s three games came from the Merengues being unable to deal with the opponents’ press while they hardly offered much bite going forward on the night, with Karim Benzema’s late goal coming as a mere consolation.

While the Spanish Super Cup is not seen as a major title, it is still a trophy, and Real Madrid pride themselves on winning silverware. And losing to their arch-rivals in the manner that they did has now seen tensions increase within the camp.

Following the disappointment, Real Madrid are now viewing the upcoming Copa del Rey clash against Villarreal at the Estadio de la Ceramica as a ‘final’ of sorts.

Their record away against the Yellow Submarines has been abysmal in recent times and Ancelotti & co. will need to produce a strong reaction to ease any talks of crisis at the club after the poor run of results.