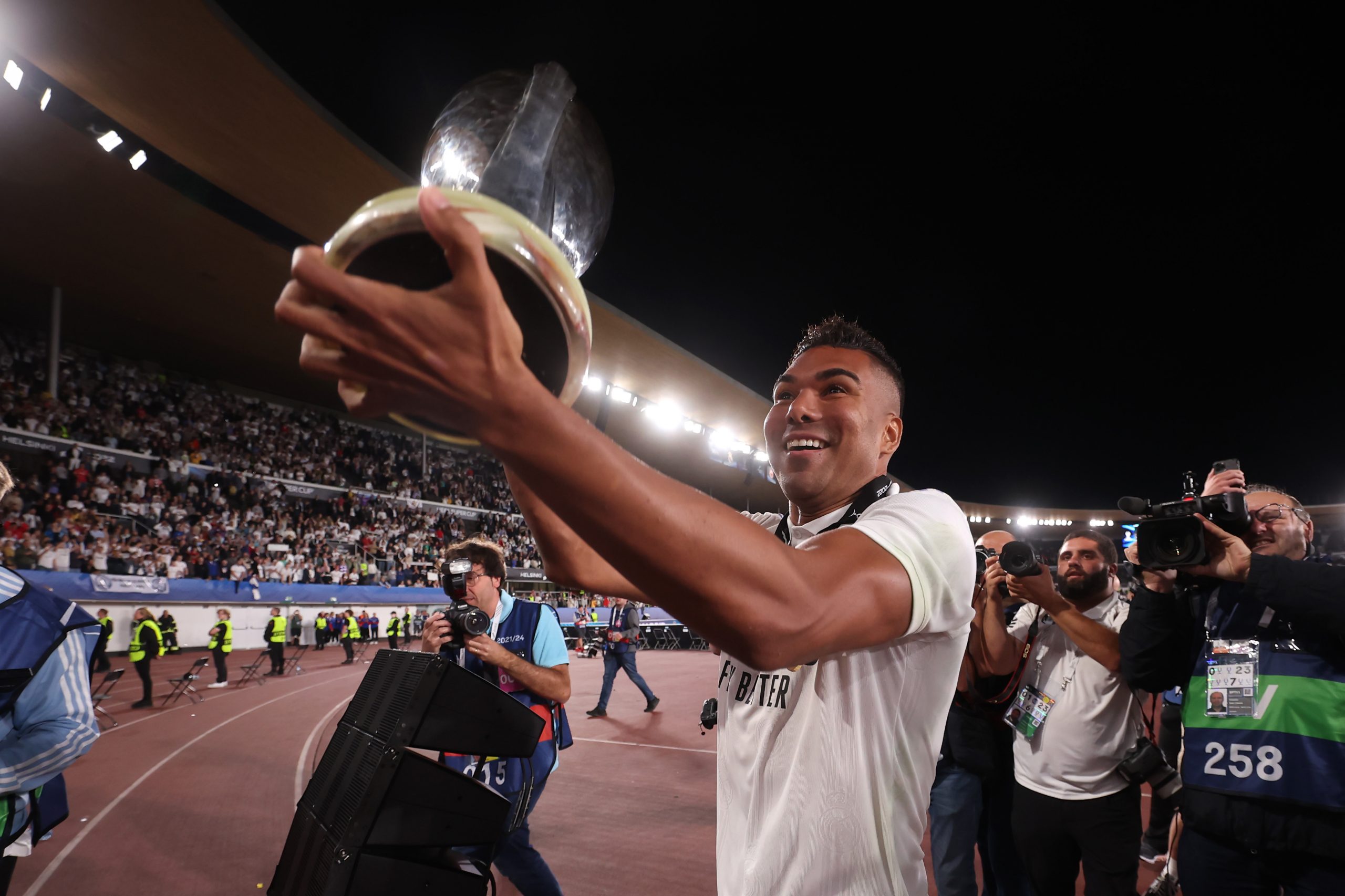 With three points already in the bag, Real Madrid head into their second game of the season amidst an ocean of uncertainty. The transfer market has thrown some big surprises in Los Blancos‘ way but the season must move on unfazed.

Pitted against Celta Vigo, Ancelotti will have his work cut out on Saturday night. The Galicians conceded a 98th-minute equaliser from Espanyol and had to settle for one point in their league opener. Needless to say, they will be thirsty for their first win, given that the game is at Balaidos.

The manager has critical decisions to take on the night, especially in midfield. Madrid Universal brings you three talking points ahead of the anticipated clash on Saturday night.

1. The culmination of a special relationship

Carlos Henrique Jose Francisco Venancio Casimiro, famously known just as ‘Casemiro’ has been one of Real Madrid’s most special players since his arrival in 2013. During his tenure at the Santiago Bernabeu, the midfielder earned a reputation for being the best in the world in his position.

Quality defensive midfielders are hard to come by in the transfer market. Having the best CDM in the business was undoubtedly a boon for Real Madrid’s midfield.

During his special bond with the club that lasted almost ten years, the Brazilian won it all. Five Champions League trophies, three La Liga titles and a Copa del Rey, amongst other accolades, just go to show that he was a serial winner.

Just as all good things come to an end, his spell with Real Madrid, too, has finally culminated.

The player is set to sign for Manchester United, and a complete agreement has been reached between the two clubs. Moreover, he has been excluded from the squad facing Celta Vigo.

Los Blancos have lost many legends in this transfer window, from Gareth Bale to Marcelo. Yet, it is safe to say that Casemiro will be missed the most.

Not only is this the end of the player’s relationship with the club, but it also calls curtains on their special midfield trio. The world may never see another set of three players rule the middle of the park like Casemiro did with Luka Modric and Toni Kroos.

Real Madrid’s clash against Celta Vigo will be their first without the Brazilian as they prepare to venture into a new era. Ancelotti has options on the bench to compensate for Casemiro’s position physically, but it will be difficult to cope with the loss of experience.

2. Can Tchouameni make the most of his chance?

It is rightly said that every end is a new beginning. While the club mull over the departure of their legendary defensive midfielder, one must not forget that Real Madrid already have his replacement in place.

Aurelien Tchouameni is considered to be one of world football’s brightest talents in defensive midfield and was signed as a long-term replacement for Casemiro.

One would have imagined that the Frenchman would find it difficult to see minutes in his first season at the club. Ancelotti planned to rotate the two players this year, but everything now changes with the veteran’s move to Manchester United.

For better or worse, all eyes will now be on Tchouameni. The question is whether he will shine under pressure or crumble.

In theory, the youngster promises a more dynamic profile than his predecessor. His comfort on the ball, ability to carry the buildup into advanced positions and his defensive awareness make him the complete package.

It is now time for him to convert the theory into results. The 22-year-old could well be the team’s regular starting defensive midfielder this season and will see no shortage of minutes.

His journey will begin on Saturday night when Los Blancos take on Celta Vigo. Needless to say, he will have to work hard against the experienced setup of Fran Beltran, Iago Aspas and Oscar Rodriguez.

3. Spotlight on the forward line

While Ancelotti’s men got off to a winning start to La Liga, their performance against UD Almeria was far from convincing. The team seemed disjointed, sluggish and unconvincing on the night.

The forwards suffered against Rubi’s men, scoring just two goals from their 29 shots. Ultimately, it was a wonder free-kick from David Alaba that secured three points against the newly promoted side.

Karim Benzema was particularly underwhelming at Estadio del Mediterraneo, as he managed just three shots on the night. He was woeful in front of the goal and missed three big chances.

The defending champions will have to be more clinical in the final third if they are to beat the Galicians this weekend.

Celta Vigo are known to be lethal on the counter and have a reputation for stepping up on the big nights. Needless to say, the captain must step up and lead from the front.