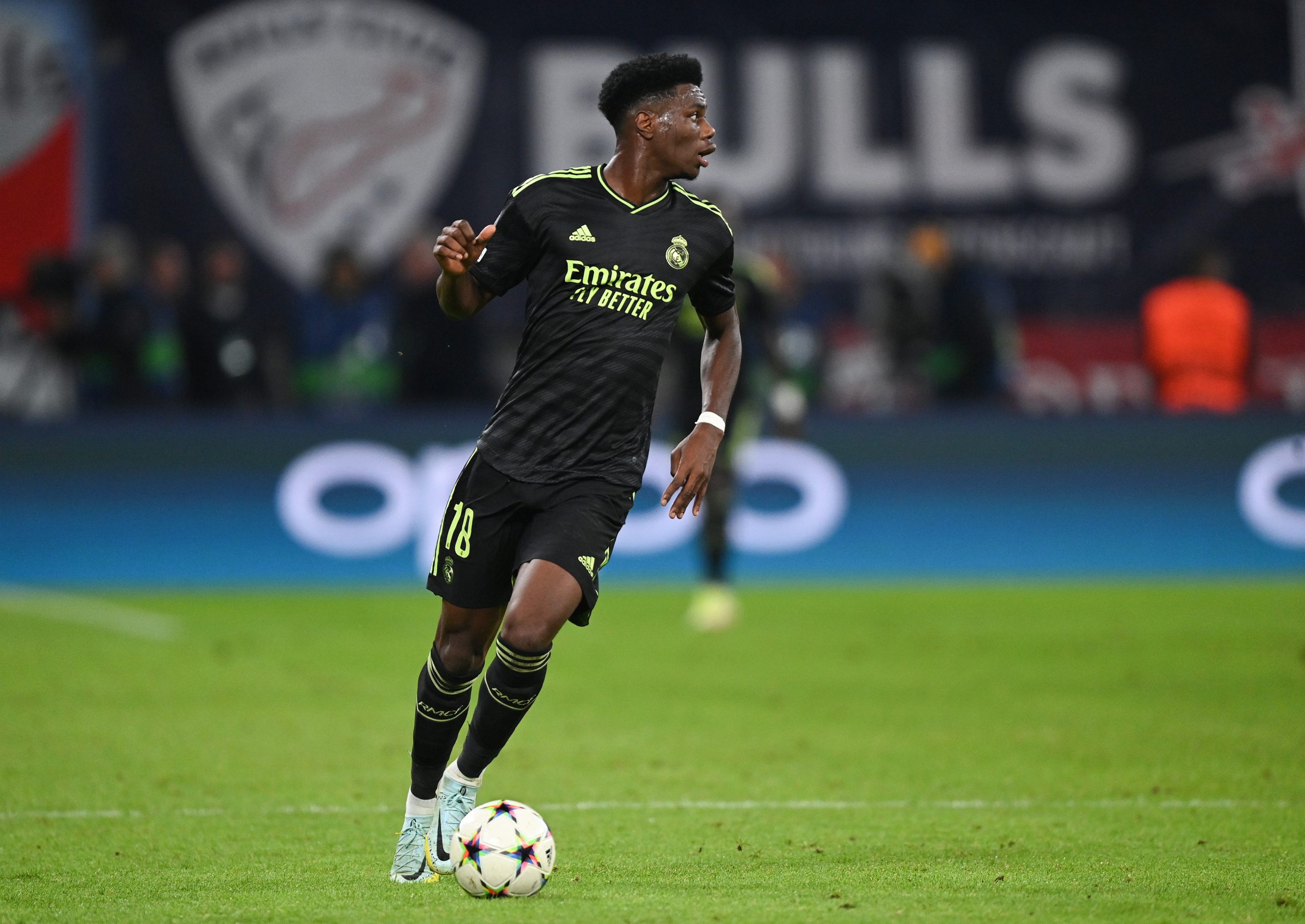 Real Madrid travel downtown to Estadio de Vallecas late on Monday night to take on Rayo Vallecano in their penultimate clash before the World Cup. After securing just one point in their last league outing, the men in white will be desperate to get back to winning ways.

Their opponents on the night are placed ninth on the league standings with five wins in twelve games. They are just one win away from contesting directly for a spot in European football and pose a real threat to Carlo Ancelotti’s side.

The manager welcomes back some key players from injury but will also be without some of his veteran stars on the night. Madrid Universal brings you three talking points ahead of Real Madrid’s clash gainst Rayo Vallecano.

Aurelien Tchoumeni has been a standout performer for Real Madrid since his arrival in the summer, quickly adapting to life in Madrid and Carlo Ancelotti’s ideologies.

The French midfielder did not take long to hit the ground running at his new club as he cemented his place as a starter in the team within a month of his arrival. He not only nullified the after-effects of Casemiro’s departure but went one step ahead by providing a more complete profile to his predecessor.

However, Tchouameni was not available for selection in both of Real Madrid’s last two games through injury. After spending over a week on the sidelines, he will be available to the manager when the men in white take on Rayo Vallecano and is expected to start on the night.

Toni Kroos will miss the trip to Vallecas through suspension, meaning that Tchouameni’s role will be more pronounced on the night. He is expected to start alongside Luka Modric and Federico Valverde, though the latter could be pushed to the final third with Eduardo Camavinga taking his place.

The youngster has a massive two months ahead of him as he is the chosen one to replace N’Golo Kante in the starting lineup of the French National team at the FIFA World Cup. With the biggest tournament of his professional career less than two weeks away, he will look to utilise the next two games to get back into his zone and a good match rhythm.

2. Another game without a centre-forward

2022 is a year Karim Benzema can never forget, for it represents the year in which he was officially crowned the best football player on the planet. Yet, his start to the 22-23 season will not be something he looks upon half as proudly at.

The veteran striker last started Los Blancos‘ clash against Elche and even scored on the night. However, he played less than half an hour against Celtic and missed the team’s training sessions subsequently to muscular fatigue.

And, his recovery is once again taking longer than expected. Ancelotti has confirmed that Benzema would be unavailable for the team’s game at the Vallecas which will be the seventh match he misses through injury this season.

The Merengues have the resources to cope with his absence, but the 34-year-old’s injury record is a concerning statistic. Nevertheless, Monday’s game could now be another chance for Marco Asensio to prove his worth alongside Vinicius Jr and Rodrygo who have both taken the new season by storm.

3. Hanging on by a thread

On Matchday 12, Barcelona pulled off a last-minute win over Valencia to secure three points at Mestalla. However, Real Madrid dished out a sore display against Girona and fell to a tame 1-1 draw courtesy of a controversial 80th-minute penalty for the visitors.

The defending champions’ lead thus fell to just two points ahead of this week’s round of football in Spain. Following Barcelona’s win over Almeria on Saturday, they currently sit on the top of the table, two points clear of Real Madrid, albeit having played one extra game.

When Ancelotti’s men take on Rayo Vallecano on Monday, the objective will thus be to register a win and regain the top spot. Any other result against Andoni Iraola’s side would indirectly render Los Blancos‘ hard-worked win over Barcelona worthless. A draw will see them on par with their arch rivals while a loss will see them sit in second place. 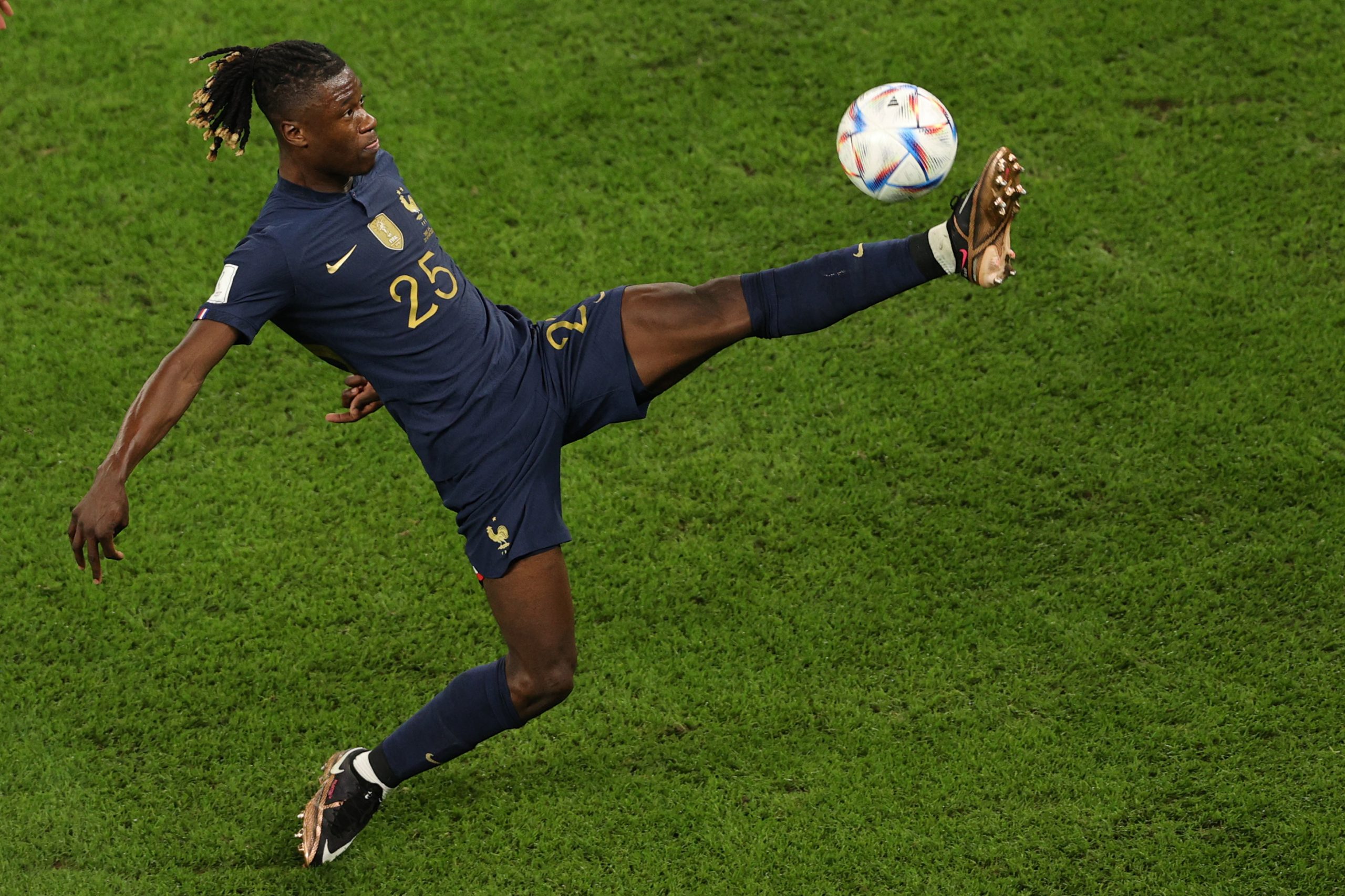 The final round of the group stages of the FIFA World Cup 2022 can be described as nothing short of an enthralling film of endless twists and turns. With two games kicking off simultaneously to maintain equality, a team’s qualification often boils downs to the final minute and the last kick.

Wednesday was a day with no shortage of drama as some of the tournament favourites including France and Argentina took to the field in massive games. It saw upsets, and nail-biting finishes as three more teams confirmed their progression to the knockouts.

The day began with the Group D games kicking off early. Denmark faced Australia in a must-win game and dominated the proceedings throughout. Despite having the better chances, they went down by one goal owing to a moment of magic by Mathew Leckie.

France took on Tunisia in a game of little value, yet massive in terms of the result. Didier Deschamps’ men went a goal down in the 58th minute when Wahbi Khazri got the better of Steve Mandanda. Antoine Griezmann scored a dramatic equaliser in the final second of the game only for it to be ruled out by VAR.

Group C then saw its games begin with all four teams in contention for a spot in the next round. Mexico got the better of Saudi Arabia and were within touching distance of the target but fell short on goal difference by a single game.

Both Argentina and Poland qualified in the other game, but it was the Argentines who outclassed their opponents on the night. Lionel Messi’s side walked away with a 2-0 win following a strong performance.

Madrid Universal brings you an overview of the performances of Real Madrid players on Wednesday.

Camavinga made his FIFA World Cup debut against Tunisia as the manager opted to make wholesale rotations for the final group stage game. With the top spot almost sealed before kickoff, the team had nothing to lose and Camavinga started at left-back.

Though the French outfit fell to a shocking 1-0 defeat to Tunisia, the Real Madrid youngster dished out a fine performance. He played the entire ninety minutes and was one of the team’s best players.

With six clearances, three interceptions and a whopping 11 tackles, he worked hard at the back and held the fort. Further, he won 16 of his 22 attempted ground duels and 66% of aerial duels.

While Tunisia did get into spaces behind him at times, there is no doubt that the Real Madrid youngster left a strong impression on Didier Deschamps and will see more playing time in games to come.

Like his compatriot, Tchouameni played the entire 90 minutes and led the French midfield from the front. He recorded north of 100 touches with a pass-completion rate of 96%. He also completed 100% of his long balls and had four defensive actions.

He seemed to be lacking creativity at times as France tried to create chances late in the game. Yet, he was far better than his teammates like Youssouf Fofana and Jordan Veretout who struggled on multiple fronts.