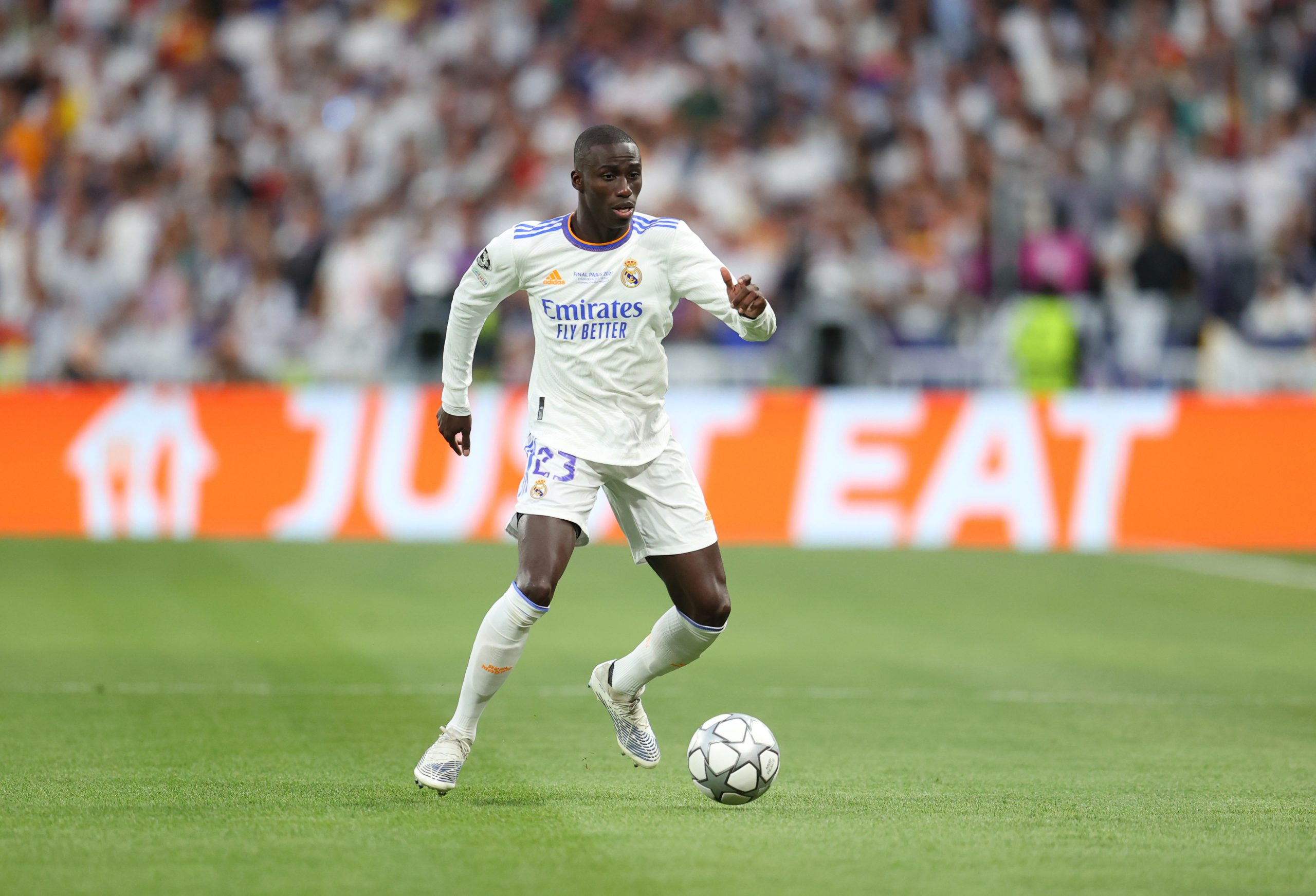 Marcelo Viera defined an era at left-back for Real Madrid. The Brazilian had his name engraved in stone in the starting lineup for several years until age caught up with him in his final years at the club.

With the club legend now no longer a part of the dynamics, Carlo Ancelotti must restore order in the left-back department. As it stands, there are two contenders to take over the duties – Ferland Mendy and David Alaba.

According to reports from Relevo, the Austrian international is Ancelotti’s first choice to start at left-back for the coming season. Meanwhile, Ferland Mendy’s future at the club is far from guaranteed.

Los Blancos are willing to part ways with the Frenchman and are listening to offers. If an interesting proposal arrives on the table, he will leave the club this summer. However, if Mendy stays, he will compete with Alaba for a starting spot.

In the event of the Frenchman’s transfer, Real Madrid eye two options to take his place. Fran Garcia has been on the agenda for several months now after his successful spell at Rayo Vallecano. He would be available for a fee of €10 million but the figure could reduce by half during negotiations.

The other option on the table is Miguel Gutierrez, who is looking for a loan in the first division. He currently plays for Real Madrid Castilla and could become a serious option if his defensive numbers improve.

It is not surprising that Ancelotti counts on Alaba as his primary option. Though the former Bayern Munich player performed exquisitely at centre-back for the team last season, his natural position is at left-back.

With Antonio Rudiger set to take up responsibilities alongside Eder Miltao next season, the idea of reverting Alaba to his natural role could reap solid rewards for the Champions of Europe. At the same time, it would close the curtains for Mendy at the club.