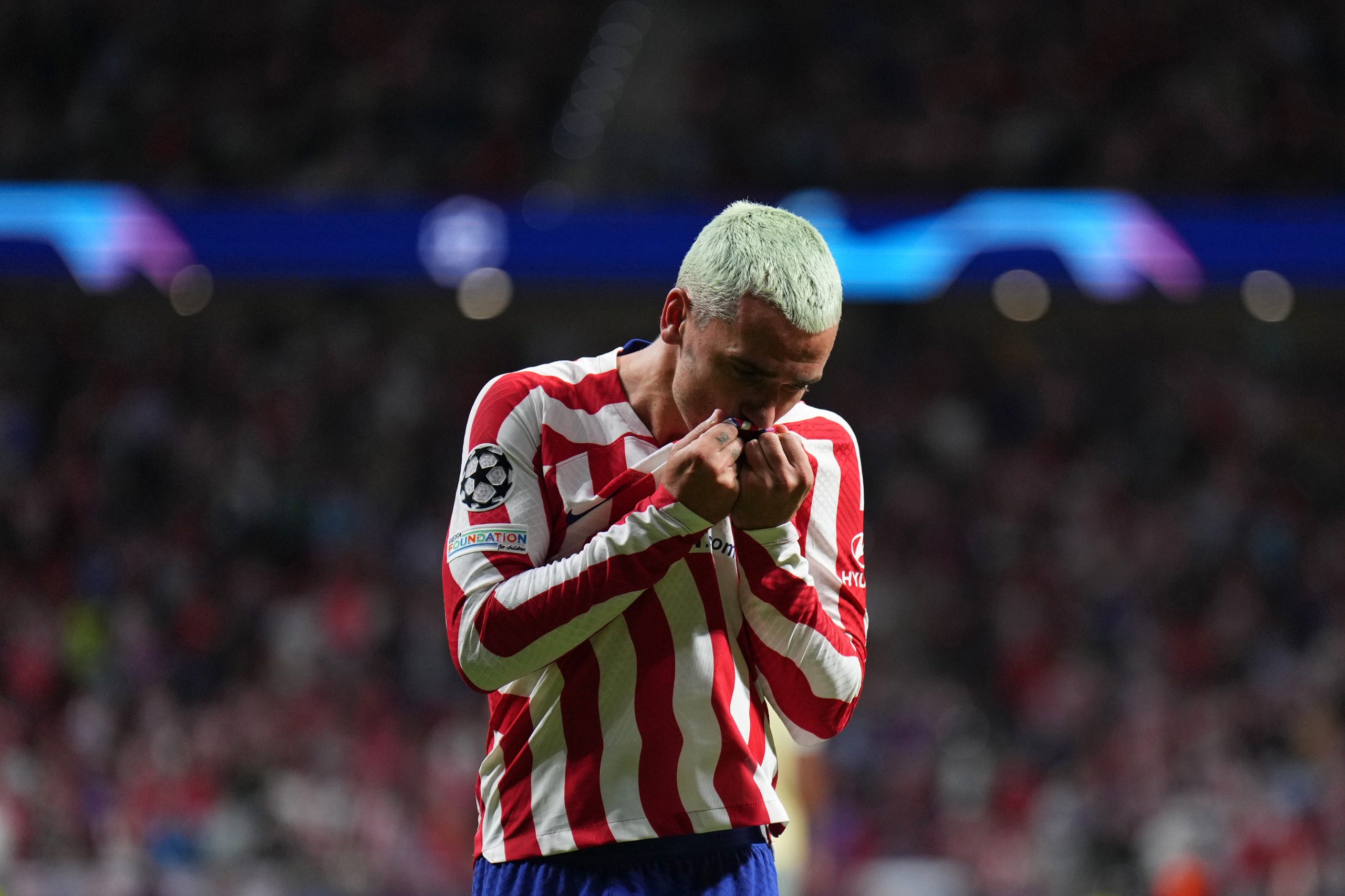 In their Champions League opener against Porto, Atletico Madrid showcased their inherent doggedness in a narrow 2-1 victory away from home.

After Mario Hermoso’s deflected strike gave the visitors the lead in the 91st minute, it seemed like Atleti were set to take all three points. However, a Mateus Tribe equaliser in the 96th minute soured things for the side from the Spanish capital, as it seemed as if they had to accept sharing the spoils after a hard-fought battle.

Antoine Griezmann had other plans, as he got on the end of a Joao Felix to head home a winner from close quarters in the 101st minute of the clash.

Amongst the Atleti fans that rejoiced after the dramatic winner was none other than Diego Simeone’s son, Giovanni Simeone, who saw Griezmann’s goal unfold on the big screen and celebrated during his post-match interview.

The 27-year-old, who is on loan at Napoli from Hellas Verona, was unsurprisingly all smiles, as it is only natural that he has an affinity towards the Rojiblancos, due to his father’s time at the club as both a player and a manager.

Especially during his time on the sidelines, it’s safe to say that Diego Simeone has cemented immortal status at the Wanda Metropolitano.

Both father and son lit up the Champions League on Wednesday night, with the latter getting on the scoresheet in Napoli’s shock 4-1 demolition job of Liverpool.

As Giovanni Simeone was busy causing the Reds’ defence mayhem up front at the same time as Atletico Madrid’s clash with Porto, he was unable to watch the contest from the very start.

However, much like for his goal against Jurgen Klopp’s men, he was at the right place at the right time to watch his father’s side win in cinematic fashion.