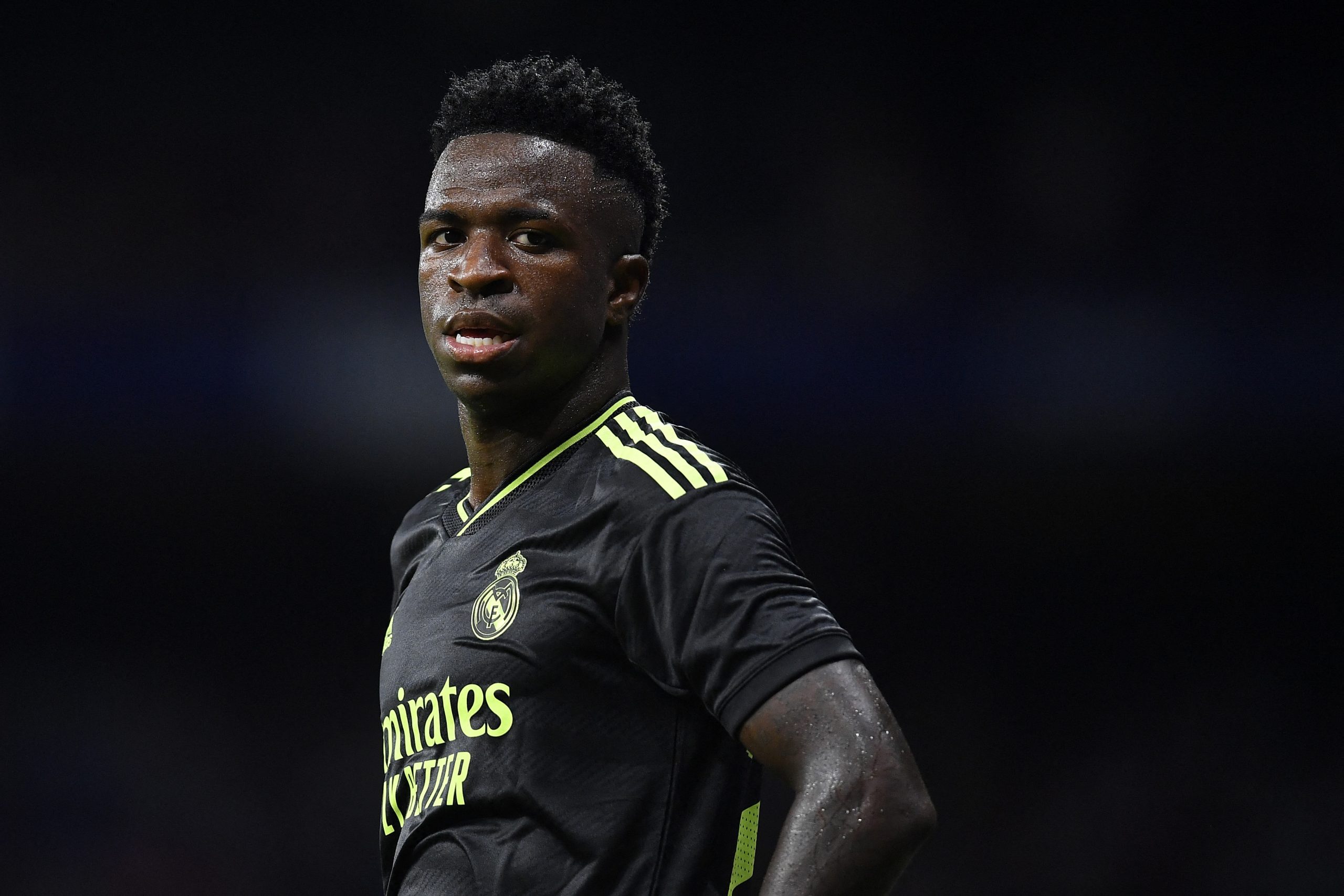 The controversy around Vinicius Jrs dance celebration has been blown out of proportion in recent days with several players and journalists taking firm stances either supporting or criticising it.

However, it completely crosses the line when Pedro Bravo, President of the Association of Spanish Agents made a racist remark against the Brazilian superstar.

Following that, Vinicius has received a huge wave of support from his teammates from both club and country, while former Brazil legends like Pele and Ronaldo have also come out in support of the 22-year-old.

Real Madrid hit out on social media condemning any form of racial abuse while the player himself gave an official statement via his Instagram.

In his official post, he stressed how dances are a celebration of diversity and not meant to disrespect anyone. He also spoke about his actions off the field to improve the conditions of his homeland and how his dance was a display of his culture.

“Weeks ago they started criminalizing my dances. Dances that aren’t mine but Ronaldinho, Neymar, Paquetá, Griezmann, J.Felix, M.Cunha, Brazilian funk/sambist, reggaeton & black American artists. Dances celebrate the cultural diversity of the world. Accept it, respect it.”

He then reiterated that nothing could stop him from celebrating his goals the way he wanted.

“Accept it, respect it because I ain’t stopping.”

He took a specific dig at Bravo who made a racial comment against him by saying, “But I repeat it to you racist: I will not stop dancing. Whether at the Sambodromo, at the Bernabéu or wherever.”

Vinicius then made a big statement by saying that some people could not digest the fact that a Brazilian was succeeding in Spain and attributed that as the reason for the criticism and abuse.

“They say that happiness is annoying. The happiness of a victorious black Brazilian in Europe bothers much more.”

Vinicius will be in action on Sunday when Real Madrid face local rivals Atletico Madrid at the Civitas Metropolitano. 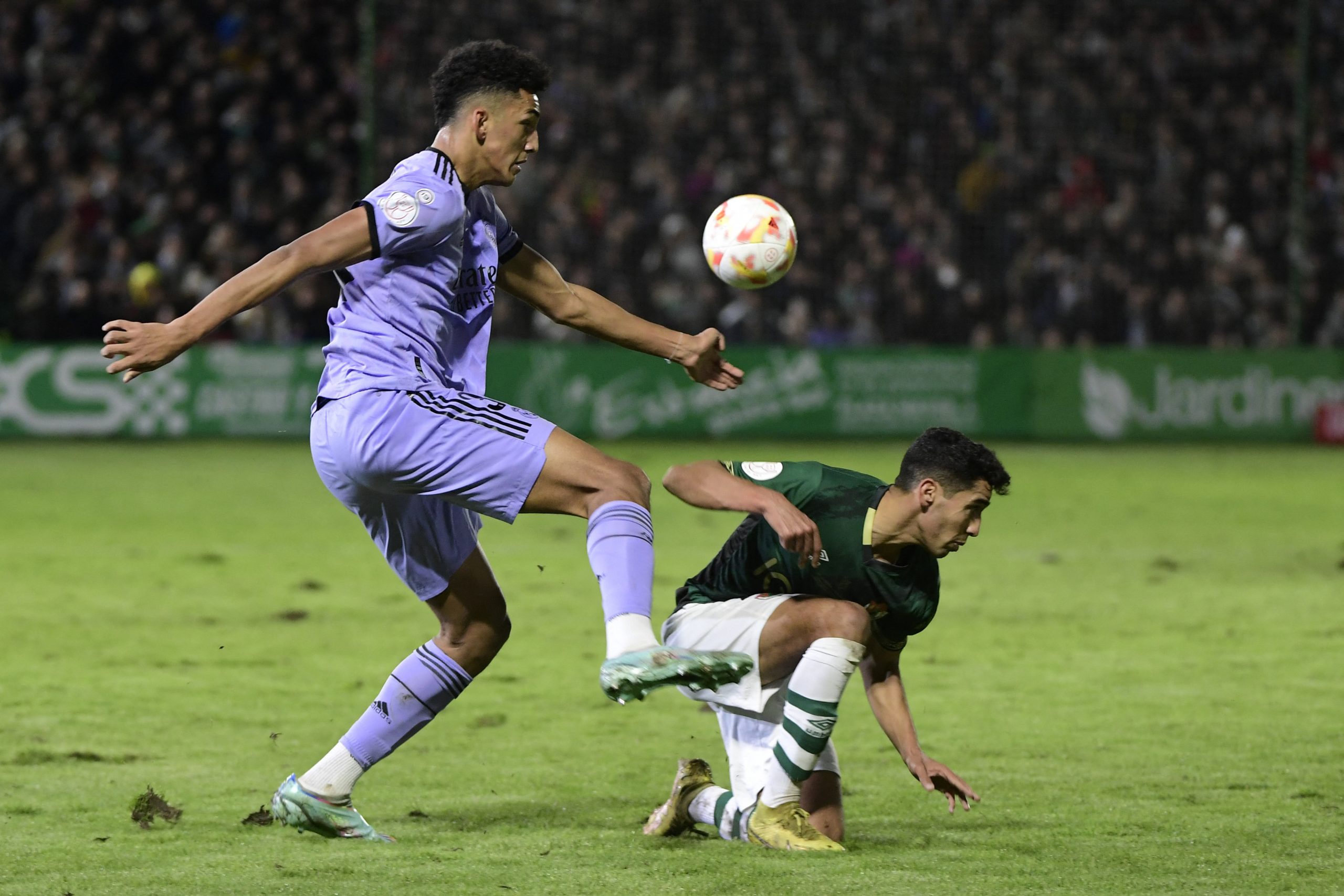 While Carlo Ancelotti is immensely respected for what he has achieved at Real Madrid, one complaint that some fans have against the Italian is his reluctance to hand opportunities to youngsters from within the club.

Prospects like Sergio Arribas, Rafa Marin, Vinicius Tobias, Mario Martin, Iker Bravo, and Nico Paz, among others, have been performing exceptionally well for Castilla and the youth teams.

However, they have not received many opportunities at the first-team level even when there have been injuries leading to reduced depth within the squad.

But, one player who seems to be generating excitement within the first-team staff is Castilla striker Alvaro Rodriguez.

Indeed, according to AS, the senior team coaching staff has been closely following the progress and development of the 18-year-old striker.

Rodriguez joined Real Madrid from Girona’s youth setup in 2020 and has made steady progress through the ranks. The teenage forward has netted five goals in 15 matches for Castilla under Raul Gonzalez this season.

The Uruguayan striker even made his first-team debut earlier this month, coming on as a substitute against Cacereno in the Copa del Rey.

Currently, Rodriguez is away representing the Uruguayan national team at the South American U-20 Championship in Colombia, and his performances at the tournament have been raising a lot of heads.

After getting an assist in Uruguay U-20’s first game against Chile, the Real Madrid youngster netted a hat-trick in the 4-1 win over Bolivia in their latest encounter.

So, it should not come as a surprise that the first-team staff at the club has taken a major interest in Rodriguez’s progression and development.

Given that Ancelotti does not have a lot of cover in the No. 9 position behind Karim Benzema, Rodriguez might get a chance to add to his solitary appearance for the senior team in the second half of the season.