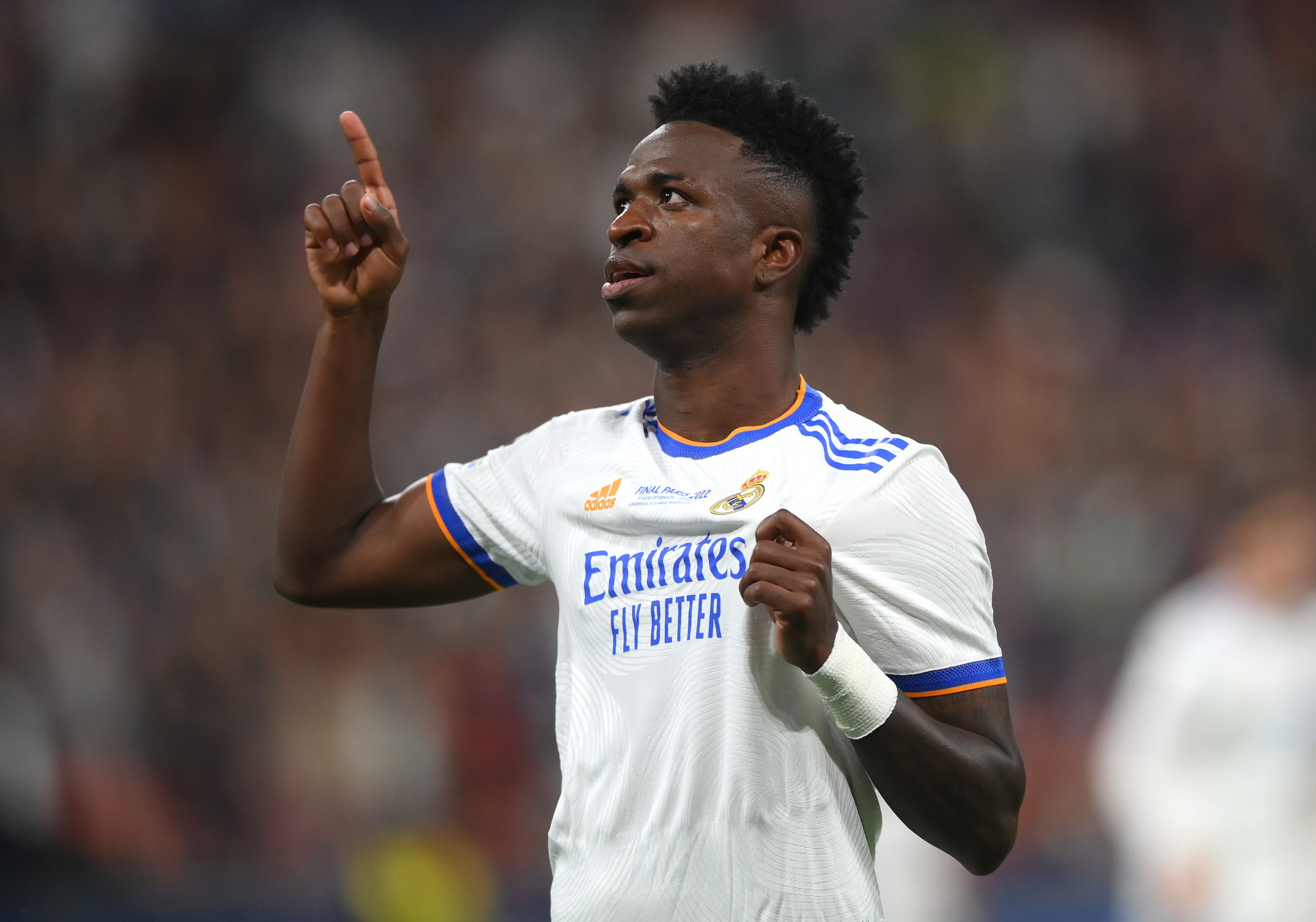 With 22 goals and 20 assists to his name across all competitions, Vinicius Jr. was undoubtedly one of the best players in the world last season.

Ahead of Real Madrid’s Champions League opener against Celtic, the Brazilian international was quizzed about whether he consider himself amongst the five best players in the world.

“I’ll let the people decide that”, he replied in his pre-match press conference.

Signing a new contract till 2027 as recently as in July, the 22-year-old committed his long-term future at Carlo Ancelotti’s side.

And the fleet-footed winger was not unafraid to express his desire of staying in the Spanish capital for years to come, saying, “I want to stay at Real Madrid for a long time.”

He added, “I want to become a Real Madrid legend. I want to make history at Real Madrid. I want to emulate what greats like Marcelo, Toni, Karim and all have done.”

The Brazilian international experienced his career highlight in the 2021/22 campaign, by becoming a Champions League winner, as he also ended up scoring the winner in the final against Liverpool.

Instead of still swooning over an admittedly incredible achievement, Vinicius Jr. gave an insight into his and his teammates’ relentless desire to win.

“We were happy to win the Champions League but now it’s time to defend it”, he said.

As Los Blancos head over to play at Celtic Park on Tuesday night, the former Flamengo hero revealed that he looks forward to playing at the prestigious stadium.

“Celtic’s a great time, I’ve heard there’s a lot of pressure playing in their stadium with such atmosphere. I’m looking forward to it.”

On the man himself, it has been confirmed that he has adopted Spanish citizenship.

Touching on this recent development, he elaborated, “Spain & Madrid have given me a lot. The club, city and country helped me and we feel settled here.”

However, till a certain spell during his career at Real Madrid, the now-fan favourite received pelters from all corners for his lack of end product and all-round game.

Questioned about whether the criticism affected him, the silky wideman replied, “Most important people to me are who loved me, they supported me to become the player I have today.”

Lastly, the Real Madrid superstar was asked about what part of his game he plans on improving this year.

“On everything, you can never stop learning at the biggest club in the world”, he said.

All in all, Vinicius Jr.’s undying commitment towards becoming the best version of himself in the royal white jersey shines through, which is music to the ears of all Madridistas.