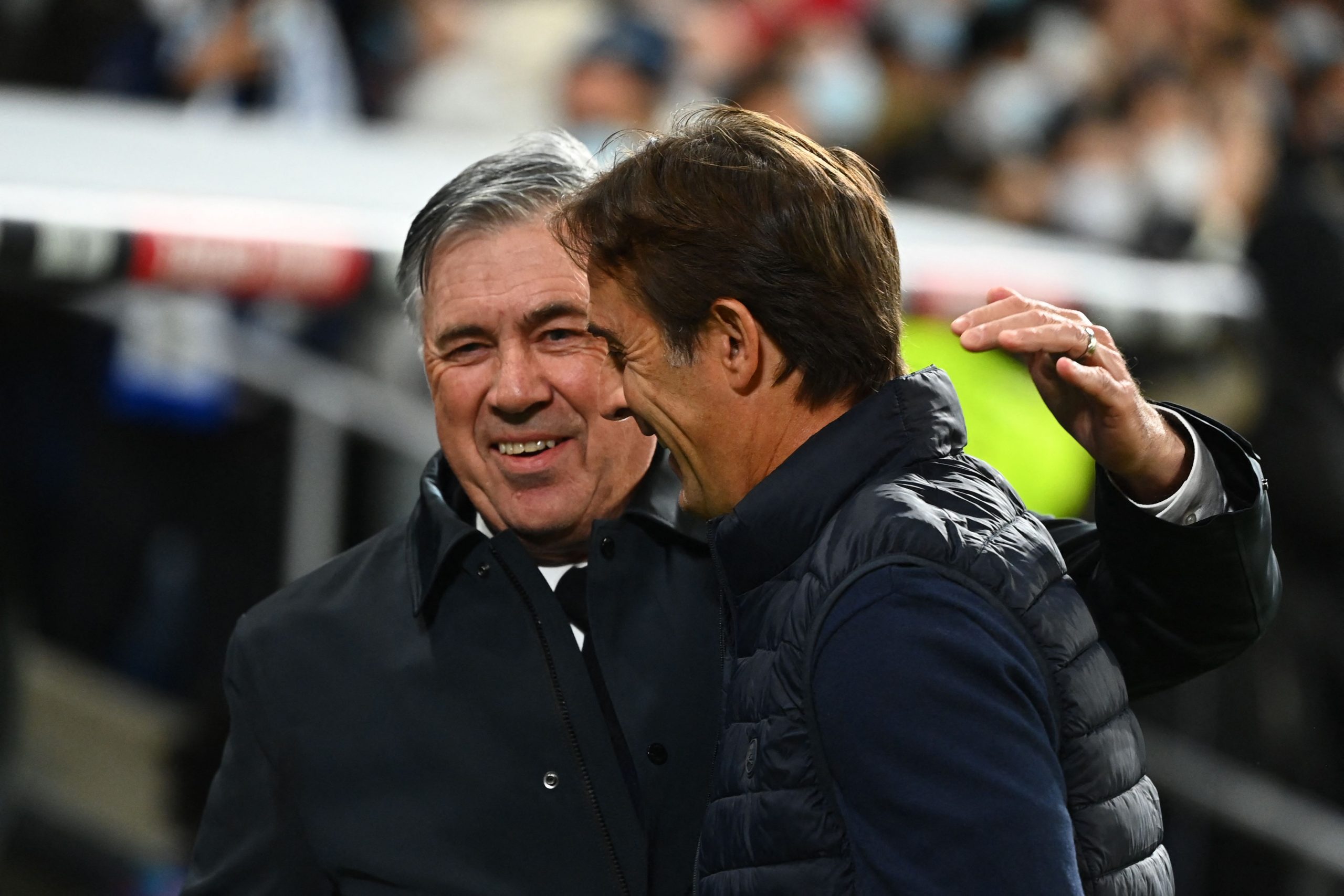 After a gruelling UEFA Champions League quarter-final tie against Chelsea, Real Madrid get ready for another difficult game this weekend as they take on Sevilla in La Liga.

The Merengues were pushed to the brink by Chelsea in the midweek European encounter and needed extra time to secure safe passage through to the semi-finals, although they did lose on the night and managed to progress based on the aggregate scoreline.

A trip to Seville is never an easy proposition for any team. And, things will only get more difficult for Carlo Ancelotti & co. after their midweek exertions.

Julen Lopetegui’s side are the most resilient defensive unit in Spain, having conceded just 22 goals in 31 La Liga games this term – the best record by any team in the competition.

At one point, Los Nervionenses had emerged as a strong challenger for Real Madrid in the title race, although their bid for the La Liga crown has somewhat faded of late in light of a series of drawn games.

But with seven games left to be played and 12 points separating them from the Merengues, Lopetegui’s side are still within a mathematical chance of winning the title. Considering how the ex-Real Madrid boss has built his team, Sevilla will go down fighting until the last minute.

For Ancelotti and his troops, the situation is pretty much straightforward – do not slip up in the next few league games and the La Liga title is theirs. However, that will be easier said than done.

Sevilla had given Real Madrid a tough fight in the reverse fixture, which Los Blancos won courtesy of a late moment of brilliance from Vinicius Junior. And things will be anything but easier at the Ramon Sanchez Pizjuan on Sunday night.

As iterated earlier, the Andalusians have forged an identity for themselves as a robust and disciplined unit that can be hard to break down. Their plan will be to keep the in-form Karim Benzema isolated at the top by cutting out all the passing avenues leading to him.

The veteran striker’s battle against Jules Kounde, a target for Real Madrid, will be one to watch out for. At the same time, how Vinicius Junior fares against the wily Jesus Navas could also be a major deciding factor.

Goals have been an issue for Sevilla of late. But they will fancy their chances against Real Madrid after Chelsea showed that they can be opened up.

The left-back, in particular, could be targeted, with Ferland Mendy and Marcelo both injured. With the dangerous Lucas Ocampos available at Lopetegui’s disposal, the ex-Real Madrid boss could instruct the Argentine to take on Nacho, who might struggle to match his pace.

All factors considered, it could be a tightly-contested fixture, especially factoring in the fatigue after Real Madrid’s 120-minute excursion against Chelsea. A victory, though, would take Ancelotti and his troops another step closer to the La Liga crown.

Ancelotti asks Real Madrid for a striker signing: Who are the options? 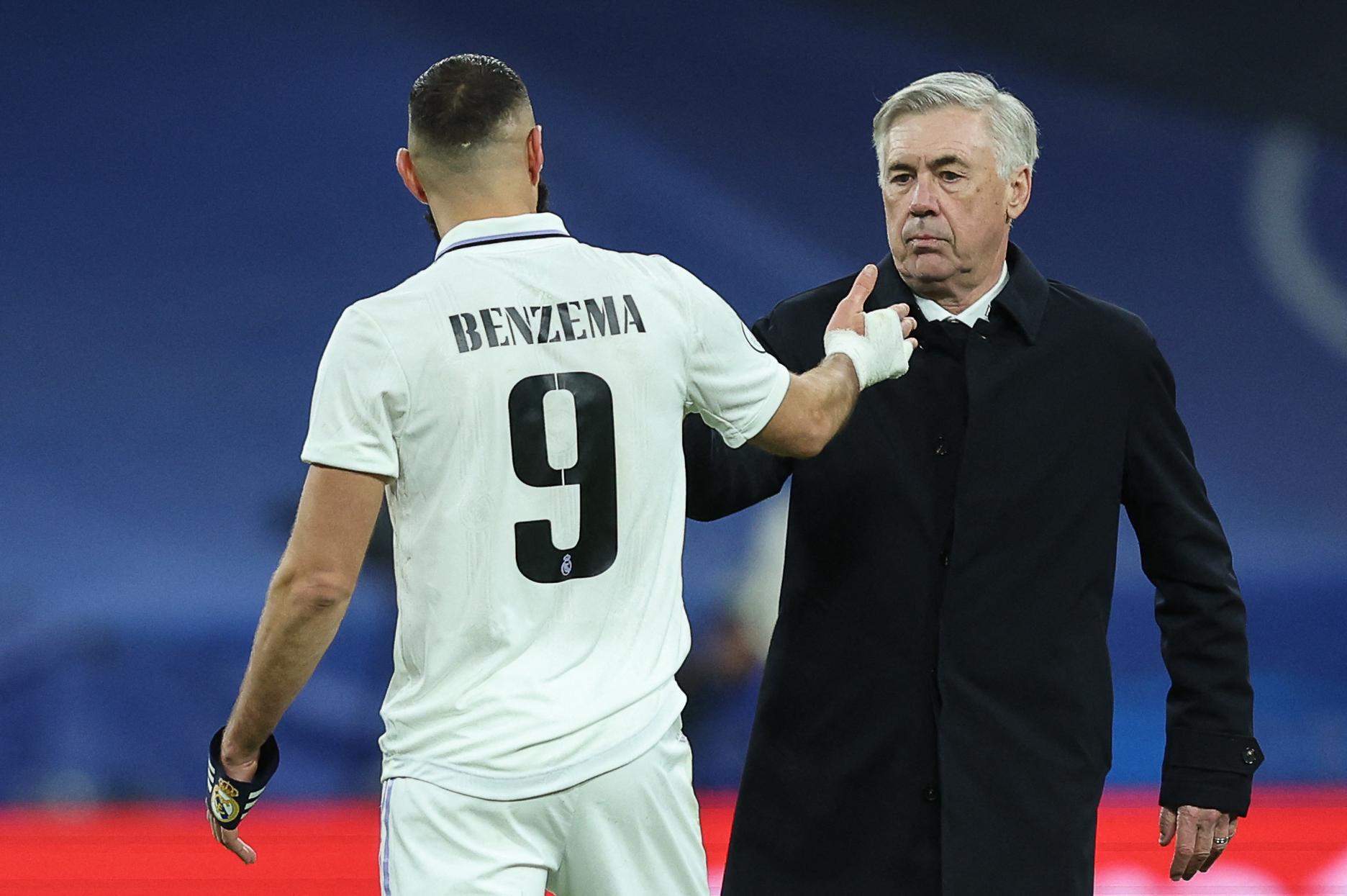 Real Madrid still depend on Karim Benzema for so many of their problems in the final third. The dependency on the Frenchman may not be as pronounced as it was last season, but there is still a tangible void on the field with him injured.

The situation is made significantly worse by the fact that Real Madrid have no direct replacement for the centre-forward.

Rodrygo and Marco Asensio have been used in Benzema’s position earlier this season, but it is quite clear that they belong wider on the field. The name of Mariano Diaz also pops to mind, but his exclusion from Carlo Ancelotti’s dynamics and imminent departure give him little purpose to prove himself.

According to reports from Sergio Santos, Ancelotti wants the club management to invest in a backup centre-forward at the earliest. He wishes for a player who can play regularly as a starter, especially given Benzema’s poor fitness record this season.

However, the Real Madrid board is said to have denied the manager’s request for the time being. The situation could well change at the end of the season based on the results of the club in various competitions.

Despite suffering repeated setbacks this season, Benzema has participated in 12 La Liga games for the Spanish giants and has scored nine goals in that duration. He averages a goal every 116 minutes and has three assists to his name.

The Frenchman is not only Real Madrid’s focal point in attack but also one of the most involved players in the Merengues’ build-up play. Furthermore, it is often his smart movements inside the box that lure opposition defenders out of position and open up spaces.

At 35 years of age, the Ballon d’Or winner’s best years are coming to an end. As age catches up with him, the Merengues must turn to the transfer market again for a replacement, preferably as early as the summer.

Who could provide cover for and eventually replace Benzema?

Strikers are always in abundance on the transfer market. However, what Los Blancos are searching for is a very specific profile in terms of a smart, yet lethal player inside the box.

A name that could interest the Real Madrid administration is Victor Osimhen. The 23-year-old has been in fine form this season and is a vital part of the Napoli team crushing the Serie A.

In terms of physique, movements off the ball, and finishing touch, Osimhen could be the perfect candidate for Real Madrid. The only downside to his arrival is the large fee it would command.

Rafael Leao is thus another name that has been considered as an alternative in the past. Unlike Osimhen, the youngster is nearing the end of his contract in Italy and provides the added advantage of versatility. A winger primarily, Leao is also adept at playing as a striker.

Los Blancos were offered his signature in January but declined it as per their norm of not changing the squad mid-season. With Leao nearing a renewal with AC Milan, Real Madrid must convey their interest in him soon to ease the economic burden.

The prospect of signing Karim Adeyemi has been gaining steam in recent days. The German striker earned a move to Borussia Dortmund last summer and has scored two goals and provided one assist in 11 Bundesliga starts this season.

A new remote possibility has opened up unexpectedly for Real Madrid. After Manchester City’s recent FFP breaches came to light, the future of the club and its players could be in jeopardy. Thus, there might just be a small window for Los Blancos to probe Erling Haaland’s signature as early as next summer.