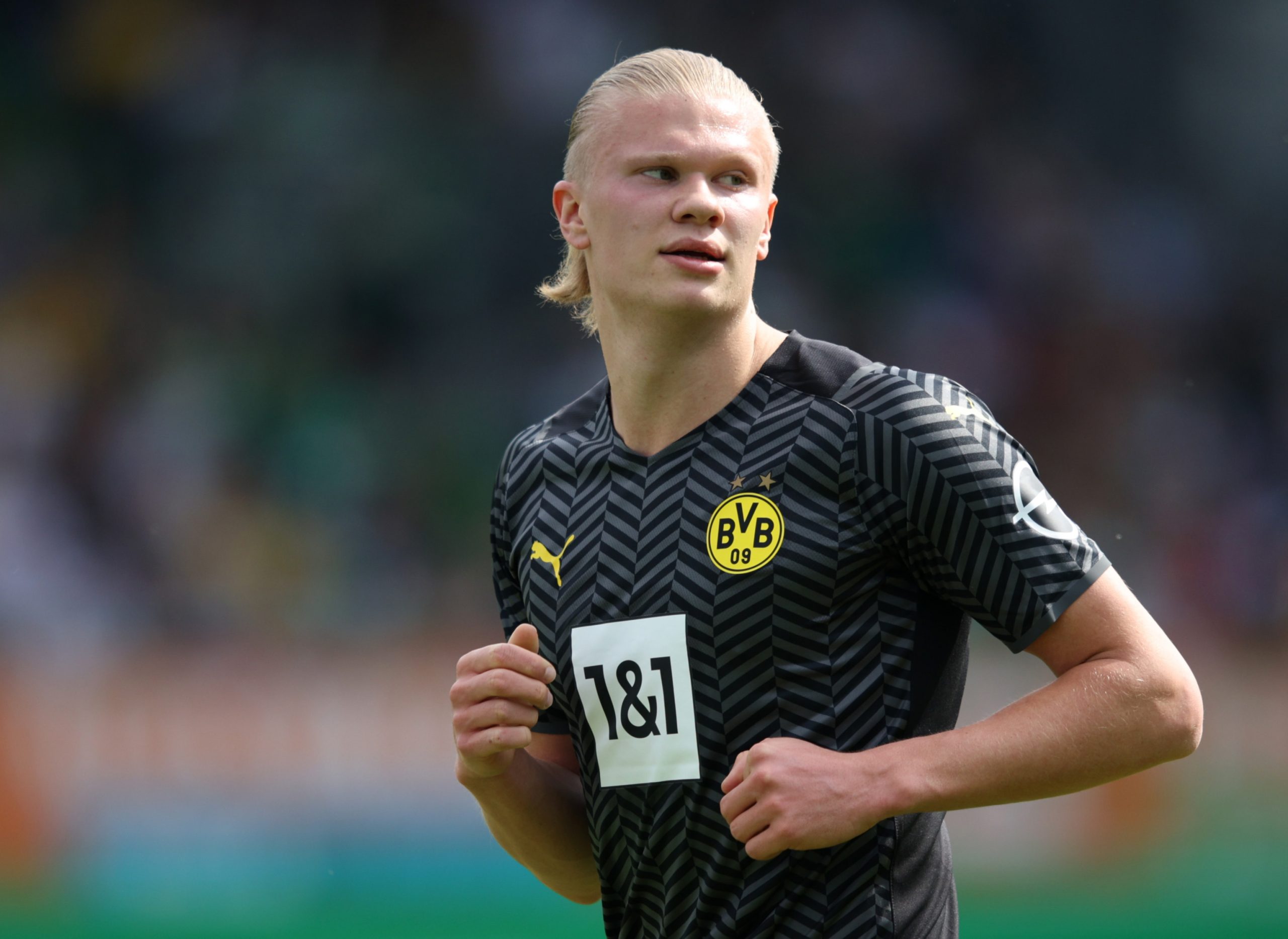 Manchester City might have pulled off one of the best transfers of the summer window even before it is officially open as they have reached an agreement with Borussia Dortmund to sign Erling Haaland.

The 21-year-old was one of the most sought-after forwards in the market heading into the summer and was being chased by a host of top clubs, including Real Madrid.

However, Manchester City beat everyone to the punch by signing the Norwegian international, after agreeing to pay his €60 million release clause.

Now German publication BILD has divulged some details of the contract that Haaland will be signing with the Premier League champions.

As per the report, the Borussia Dortmund superstar will be penning a five-year deal with Pep Guardiola’s side. More importantly, it is claimed that the contract will have a release clause worth €150 million embedded in it, which could be triggered after two years i.e., in 2024.

It means that Haaland’s suitors, like Real Madrid, could be able to sign him two years down the line by triggering the exit clause which stands at €150 million.

It could certainly interest Los Blancos, who will need to bring in a replacement for Karim Benzema a couple of seasons down the line. The Frenchman’s current contract expires in 2023, although El Confidencial is reporting that he is set to sign an extension until 2024.

If he does so, Real Madrid can bank on the veteran Frenchman for a couple more years before potentially diverting their interest back towards Haaland.

The Athletic’s David Ornstein reported earlier this week that the 21-year-old continues to harbour ambitions of playing for Real Madrid and could view Manchester City as a ‘stepping stone’ before realising his dream of joining Los Merengues.

The €150 million release clause coming into force in 2024 allows Real Madrid to continue with Benzema and make the best use of his form before ushering in a new era with the possible acquisition of Haaland as a replacement.