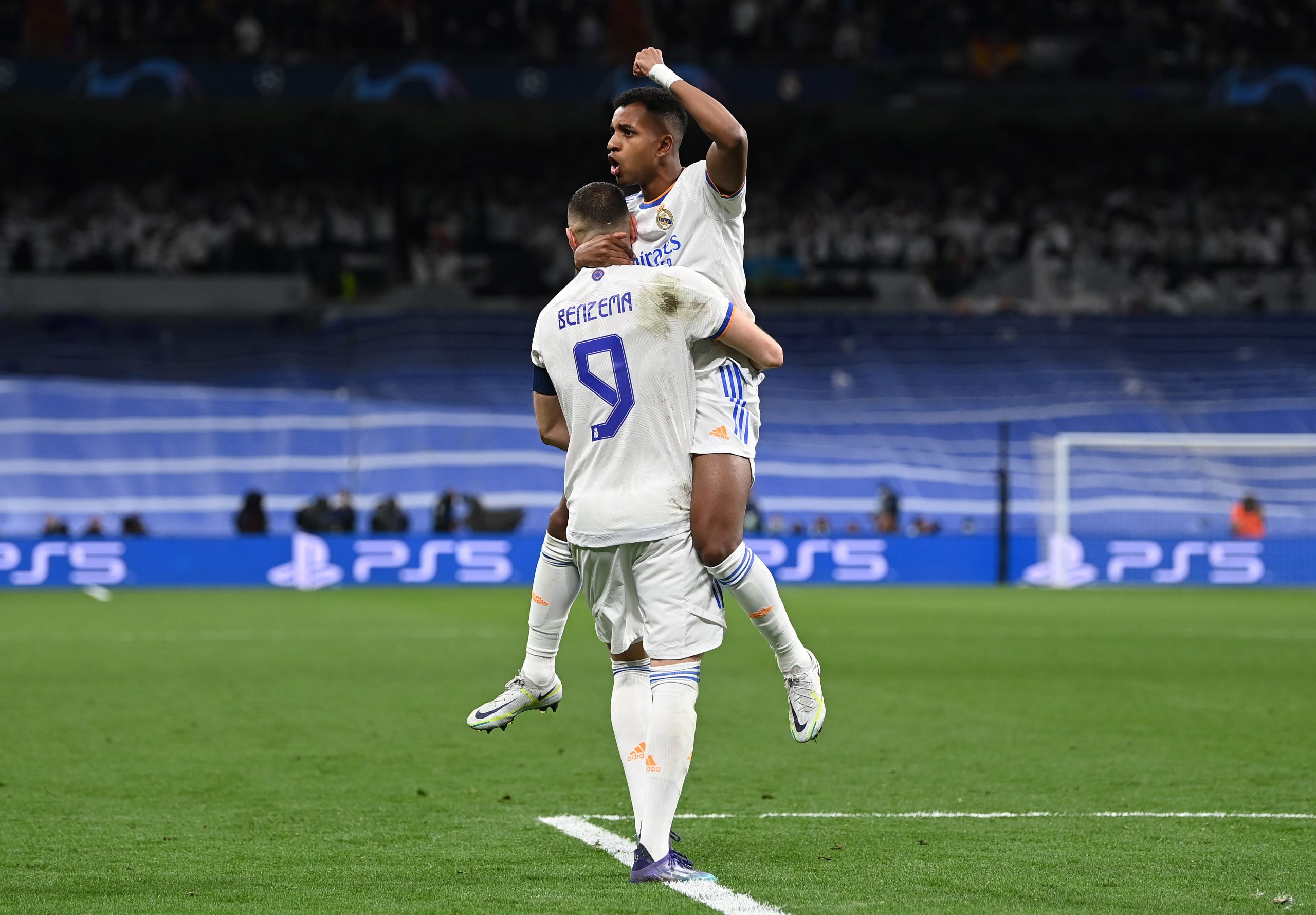 Karim Benzema’s epic legend was established on the Wednesday night when his decisive penalty snatched the victory right out of Manchester City’s jaws in the added minute of the semi-final clash.

For someone to bear the pressure of the situation, what you need is a composed head on the shoulder. The penalty certainly sent Ederson Moares the wrong way, but the story could have been entirely different if what El Golazo de Gol is saying is true.

According to what the aforementioned outlet says, Benzema offered Rodrygo to take the all-important penalty since the 21-year-old Brazilian was on a hat-trick.

Rodrygo’s substitution came at an expense of Toni Kross in the 68th minute, with the team still reeling to find a breakthrough.

Five minutes later, however, City opened the scoring through Riyad Mahrez and just when it all seemed lost, Madrid rose from the ashes to score two goals in as many minutes.

The likes of Karim Benzema and Marco Asensio played their part in the build-up, while Rodrygo proved out to be the impact sub Carlo Ancelotti was hoping to bring.

With the teams now level on aggregate score, the game headed in the added minutes and the crowd went into a sheer frenzy when Karim Benzema was brought down in the penalty area.

Referee was quick to point to the spot and Benzema indeed delivered, but his first words were to offer Rodrygo a chance to complete his Real Madrid hat-trick.

Given the gravity of the situation, however, Rodrygo rejected the chance and the Frenchman was tasked to do the honour and he did it with mere perfection.

The veteran forward, who scored his 15th goal of the ongoing Champions League campaign, calmly slotted a powerful penalty to his right while Ederson jumped on the other side.

Something extraordinary panned out in front of a rapturous Bernabeu crowd, but one cannot deny the sheer delirium of even those watching on their TV sets, as Madrid made their way to another UCL final and in some extraordinary style.