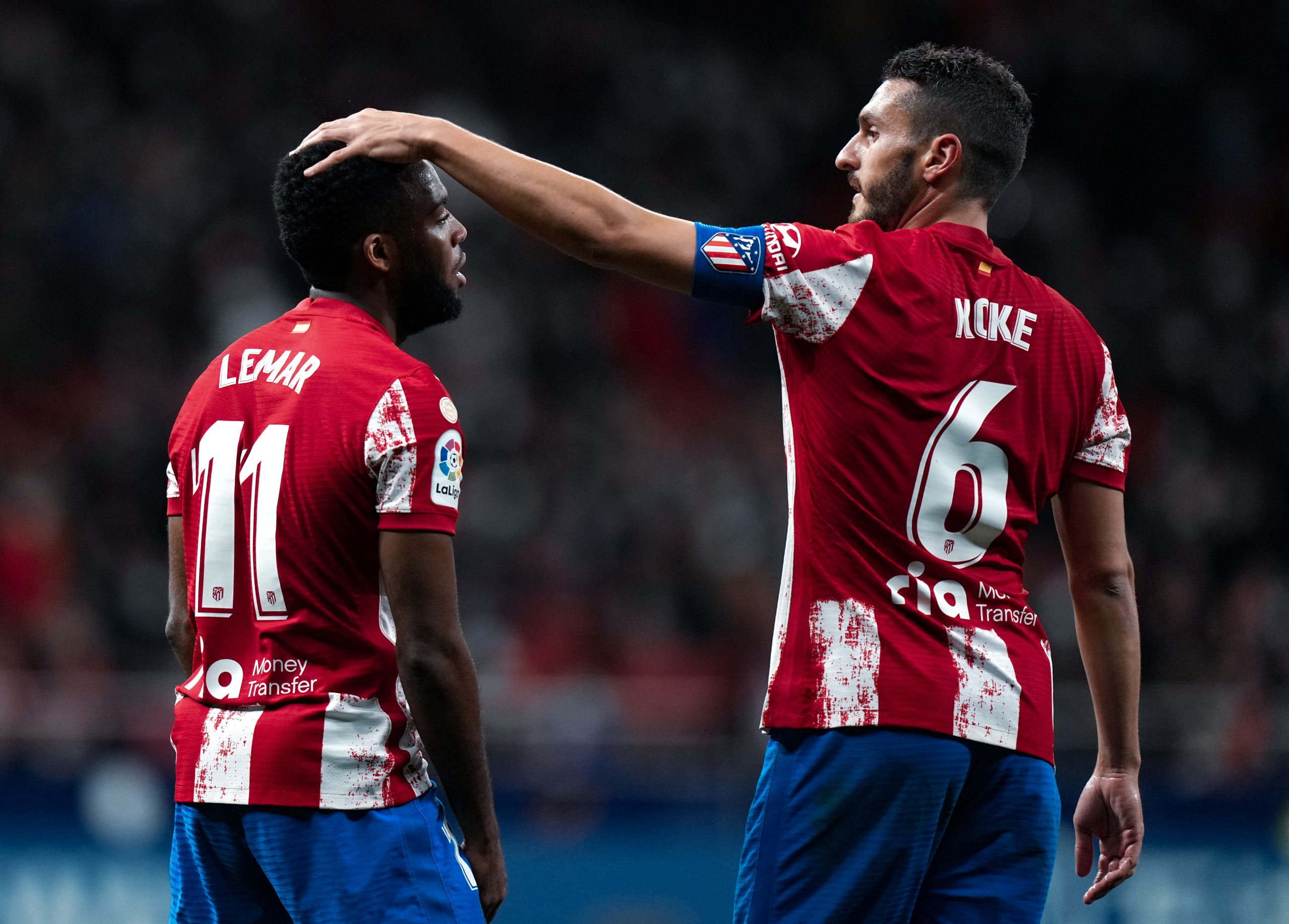 Atletico Madrid have revealed the players that will host Cadiz at the Wanda Metropolitano in gameweek 28 of La Liga. The squad features 20 players, including four academy players in the form of Sergio Camus, Javier Serrano, Pablo Barrios, and Diego Simeone’s own son Guiliano Simeone.

Stefan Savic served his suspension against Real Betis, and has made the cut for the squad this time out. He is among the three centre backs on the list for the game, apart from Jose Gimenez and Felipe.

Thomas Lemar picked up a knock on his thigh and will miss the game, while Sime Vrsaljko picked up an injury early in the Real Betis clash and has to sit this one out. Angel Correa had to be substituted as well, but gets the green light for tonight.

Speaking of which, Koke also returns after missing the last three games.

Geoffrey Kondogbia, Mario Hermoso, Matheus Cunha, and Daniel Wass will not be featuring in this game owing to injury.