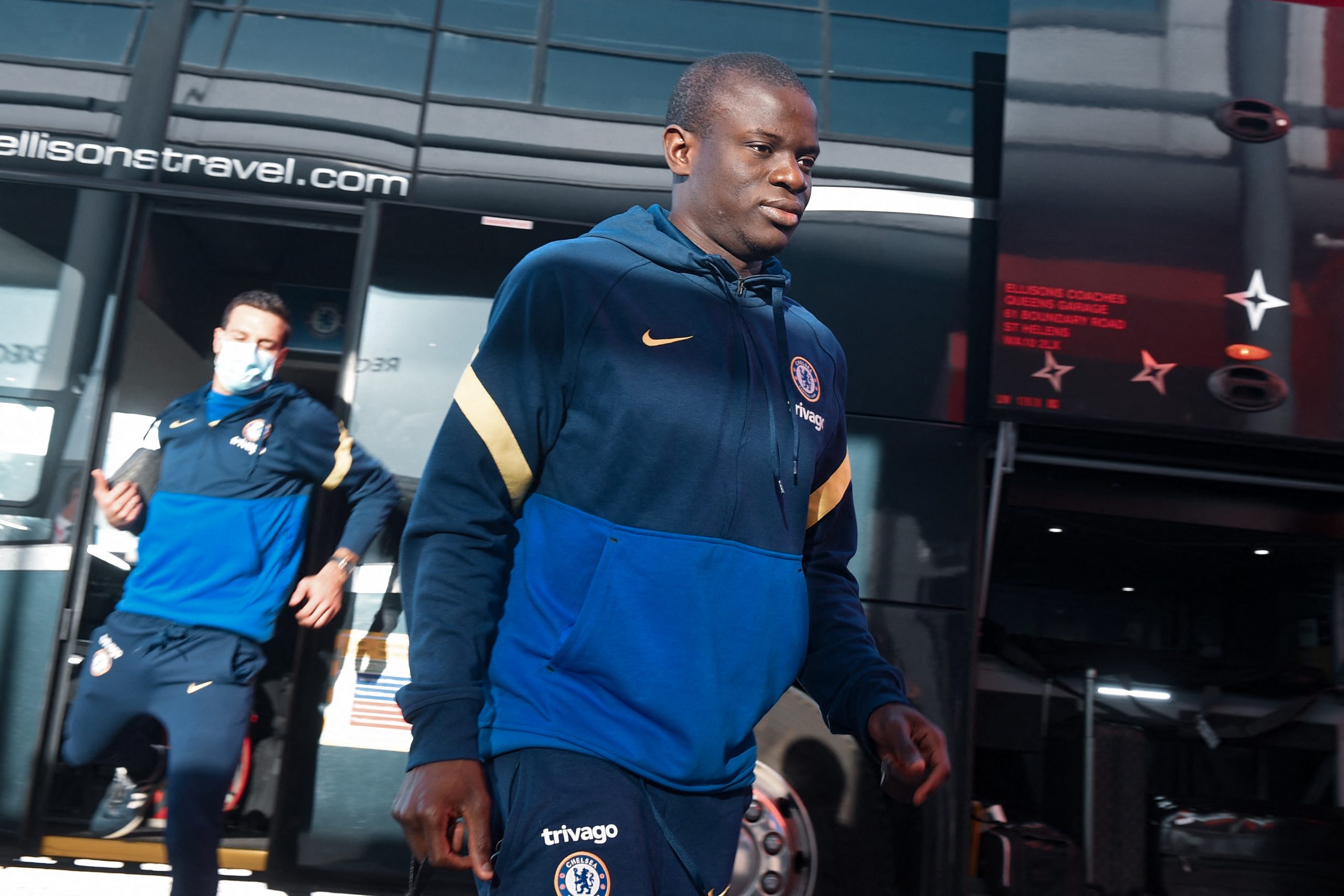 Real Madrid were expected to be in transition for at least a couple of years when the likes of Cristiano Ronaldo left the Bernabeu. The young players in the side needed a few years to develop and the ageing core was expected to phase out.

However, Los Blancos barely took one year to return to the highest level. The main reason for the short transition was the consistency of their midfield core.

While the team rebuilt itself around them, the combination of Luka Modric, Toni Kroos, and Casemiro held the team’s ship steady with their experience. Yet, the inevitable ageing has come, and cracks in the midfield have been visible this season.

Florentino Perez is heavily invested in improving the forward line in the summer, but the midfield requires equally as much attention.

According to reports from Diario AS, Real Madrid are keeping an eye on the contract of N’Golo Kante at Chelsea. The 12-time UEFA Champions League winners were interested in the French international in 2016 and 2019 too, with Zinedine Zidane being a big fan of the player.

Kante signed a five-year contract extension with the Blues in 2018. His current deal ends in 2023, and renewal has not been agreed upon yet. One year remains on his deal, and Chelsea will be under pressure to sell the player in the summer.

The 31-year-old has been one of the centre-pieced of Thomas Tuchel’s Chelsea, playing 19 Premier League games so far. He has scored two goals and provided three assists in the aforementioned duration.

Real Madrid’s management will have a chance to observe the player when the club take on Chelsea later this month in the Champions League. Nevertheless, the London based club will not make it easy for Los Blancos to prize away one of their most treasured assets.