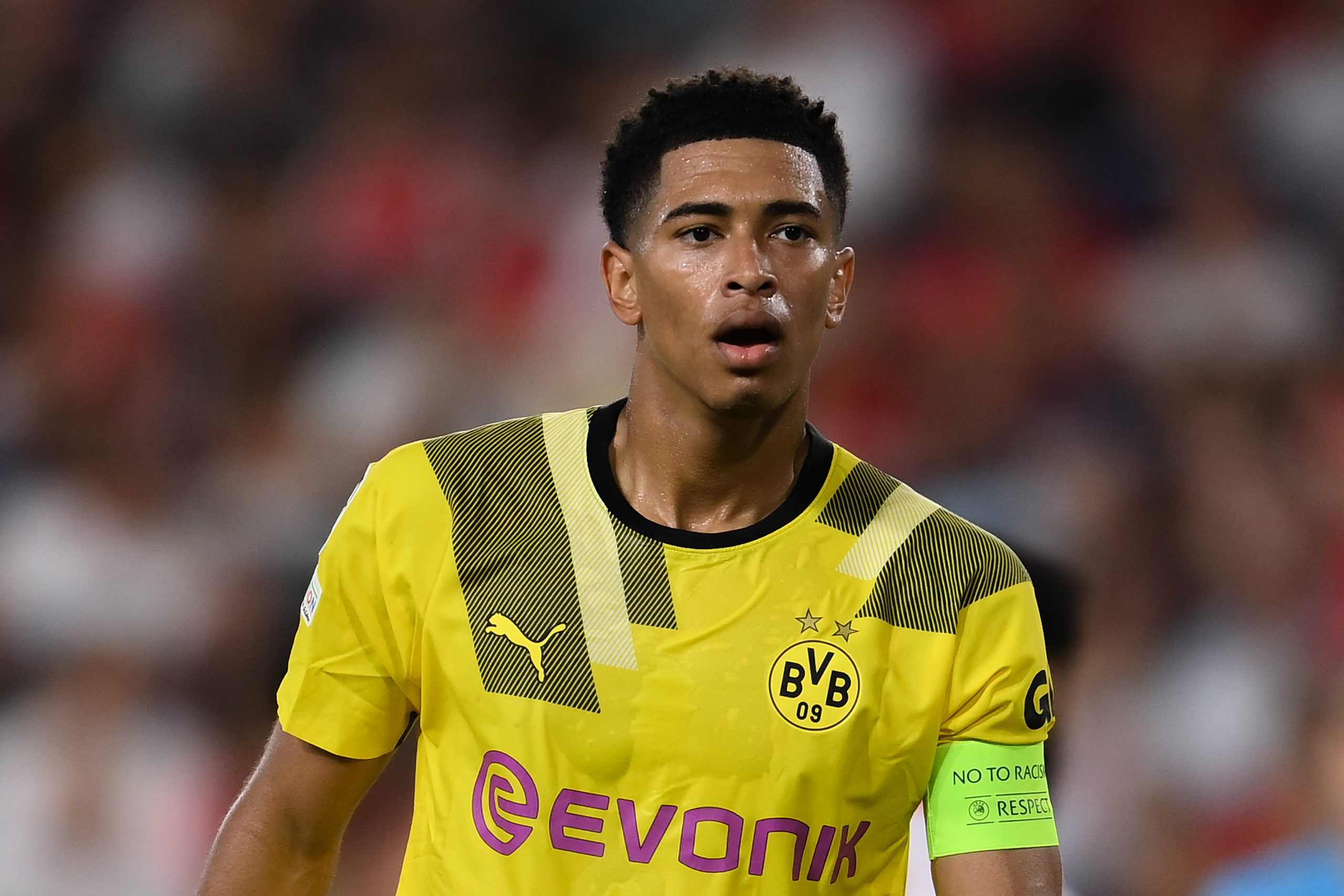 A 19-year-old Jude Bellingham was the captain for Borussia Dortmund when they face Sevilla in the UEFA Champions League this midweek. The youngster orchestrated the game with a goal and an assist as Dortmund bagged a 4-1 victory.

The performance was a testament to Bellingham’s leadership quality, along with the charm and technical prowess he offers to the table. His performances have not gone unnoticed either, with Real Madrid among the list of top clubs interested in his services.

In light of his performance against Sevilla, Telegraph has dropped an update on his future suggesting Real Madrid are prepared to launch an offensive, in an attempt to sign the midfielder in the summer of 2023.

The report states the reigning Spanish champions are hoping to make an appeal to Bellingham, giving him the “once in a lifetime opportunity” to join the club.

Real Madrid have already identified the young Englishman as the priority target in 2023. They are looking to make him their next “Young Galactico”. They further seek to reach an understanding with the player before his value goes up further in the upcoming 2022 FIFA World Cup.

Los Blancos do have a packed midfield at the moment, especially after the summer arrival of Aurelien Tchouameni. However, with Luka Modric and Toni Kroos currently in the final phase of their respective careers, they are in desperate need of reinforcements.

Bellingham could be an ideal option, given his technical and leadership qualities that could go a long way in helping the club replace Modric.

However, luring Bellingham away from Dortmund will not be a walk in the park. Although Real Madrid only forecast a value of around €100 million, the midfielder’s value could be much higher. Not to mention, the European champs are set to face stiff competition, with Liverpool and Manchester City also tracking his situation at Signal Iduna Park.