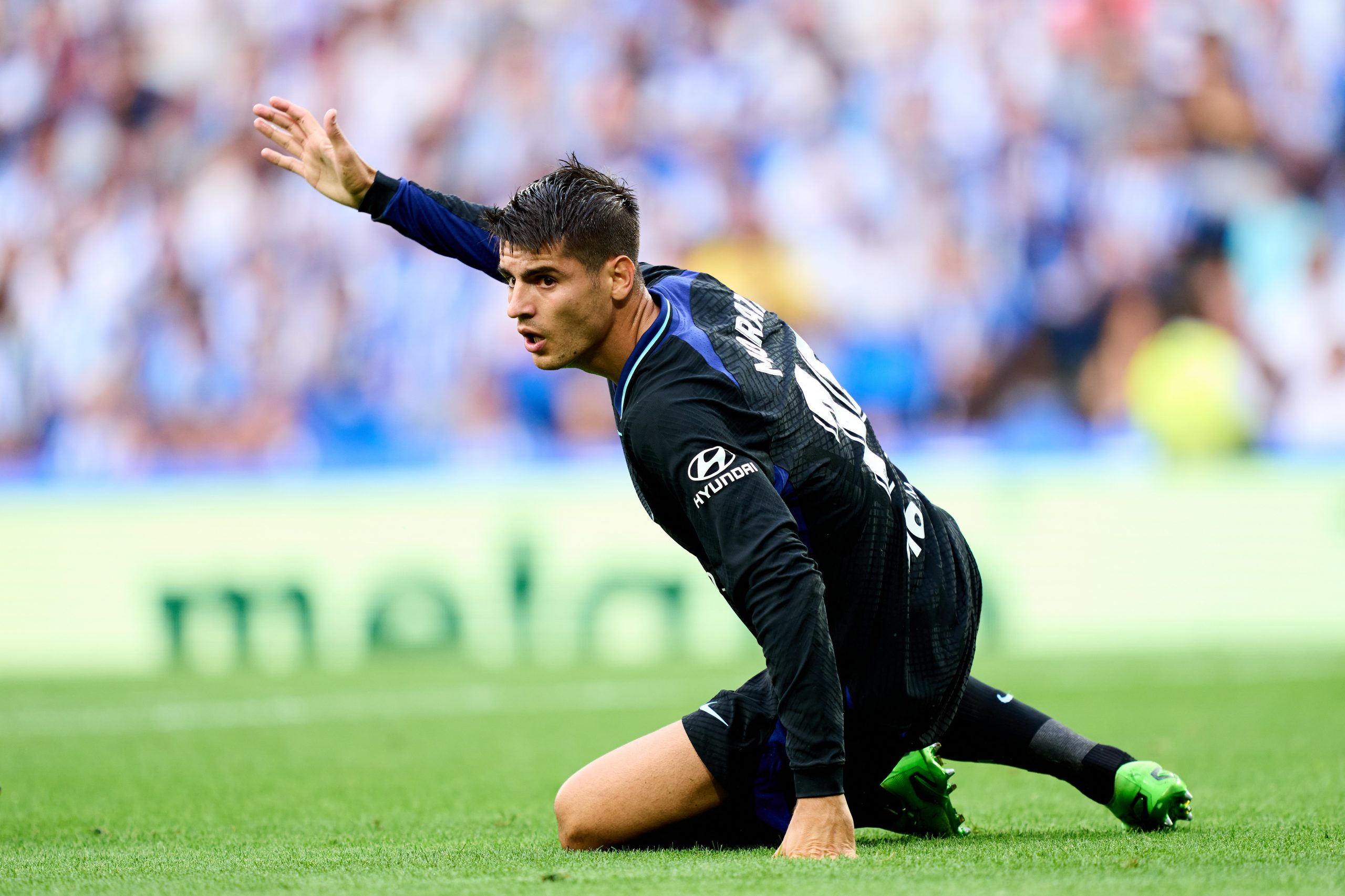 Atletico Madrid’s mixed start to the new season continued as they were held to a 1-1 draw by Real Sociedad away at the Reale Stadium on Saturday.

Los Rojiblancos started the game well, with Alvaro Morata finding the back of the net just five minutes to put them in front. However, a controversial goal from Umar Sadiq ten minutes into the second half allowed La Real to salvage a point from the fixture.

The equalising goal and the refereeing decision have come under much scrutiny as Sadiq appeared to have handled the ball before it ended up in the back of the net.

However, the VAR chose not to intervene despite having not given Atletico Madrid a goal in the first half when the ball had hit Joao Felix’s hand before Morata sent it into the net.

Atletico Madrid were unhappy with the calls made and Morata took aim at the officiating and the VAR for their decisions.

“It happens so fast on the pitch that it’s almost impossible to see, we understand that, but there are also people in the VAR room, and it’s all based on criteria. These aren’t decisions that are made as they explained it to us, it’s up to their criteria,” he said.

“On the pitch, you can’t see much. In the end, we can’t do anything and we just have to play and accept what happens because nothing will change. They won’t change anything that happened,” he added.

Axel Witsel also chimed in on the officiating on the night, saying: “We played a good game today, as a whole.

“I think that getting just one point was a shame because in the goal that we conceded, based on the video replay, I think the attacker used his hand to score – first his head, then his hand. We deserved more than a point.”

Atletico Madrid captain Koke was also critical of the decisions made by the match officials, as he said: “The team made a great effort, I think we deserved a lot more. We were penalized by details.

“I think their goal was scored with the hand. They [the referees] come to give us chats, then later they do the opposite. It’s happened in several games, but that’s football…”