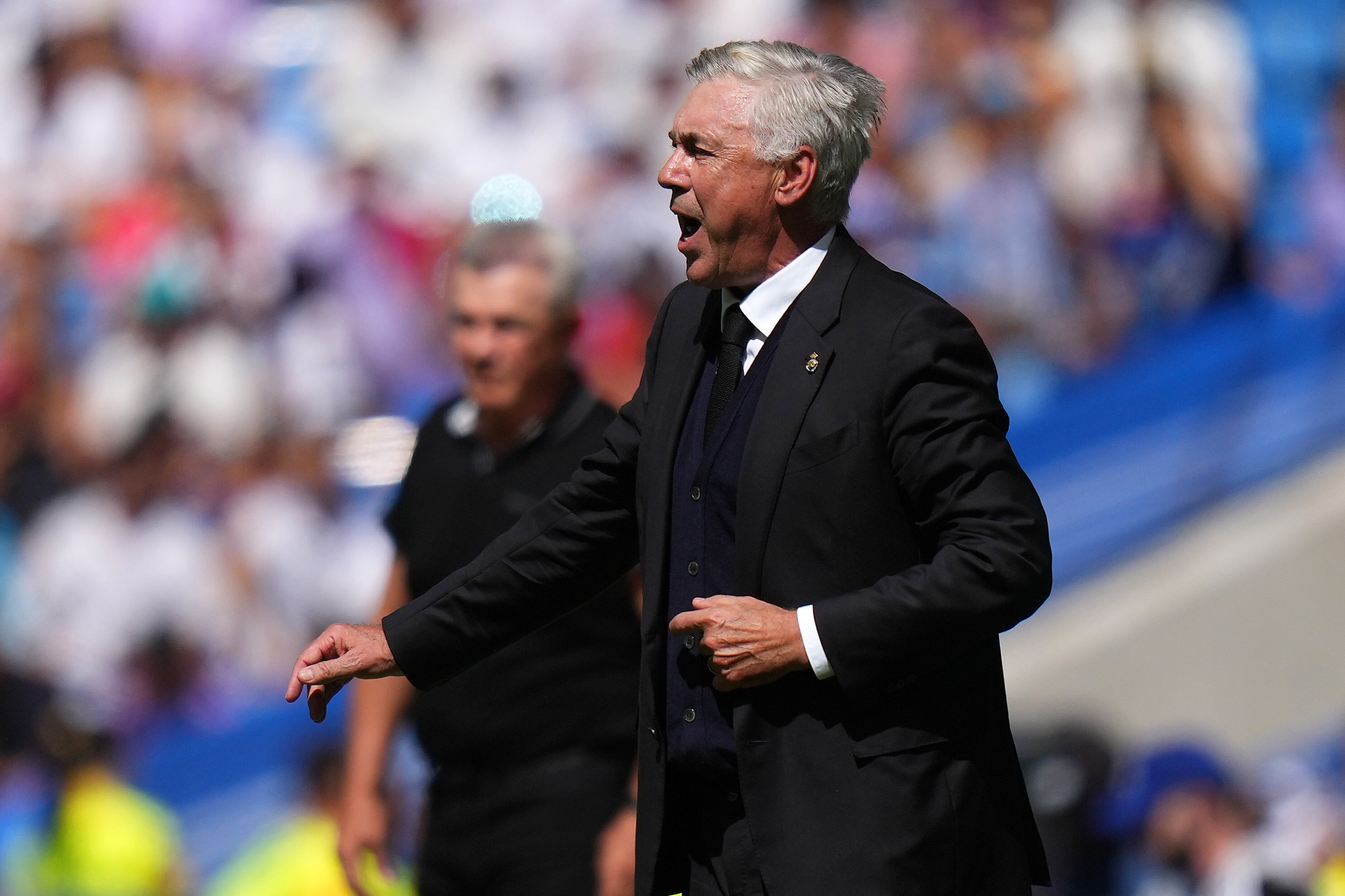 Real Madrid reclaimed the top spot in the La Liga table as they came back from a goal behind to defeat RCD Mallorca 4-1 at the Santiago Bernabeu on Sunday.

Vedat Muriqi had given the visitors the lead in the first period but a golazo from Federico Valverde helped Real Madrid equalise just before half-time.

The reigning champions of Spain and Europe turned on the style in the second half as Vinicius Junior made it 2-1 after being set up brilliantly by compatriot Rodrygo Goes. The latter himself scored a stunning goal to kill the game off before Antonio Rudiger added a fourth in stoppage time.

The victory meant that Real Madrid continued their perfect start to the new season and moved back to the top of the table after Barcelona had taken over from them on Saturday.

Talking about the game in his post-match presser (h/t AS), manager Carlo Ancelotti said: “The match was difficult, the heat, the goal we conceded, nothing was predictable. We recovered well in the second half with a cool head.”

Ancelotti started the game with Eden Hazard as his No. 9 but shifted Rodrygo into the position in the second half after the Belgian was taken off. When asked who among the two he preferred, the manager replied:

“Both, I asked for something different from Hazard, to play a little outside of the final third. In the second half we did better when Rodrygo was striker, he combined well with Vinicius.”

On the performance of Valverde, Ancelotti said: “Federico is a great player. A great midfielder, he can play as a winger as well, a complete player. This year he is closer to the goal and scoring more. And I think he is going to score more. He is a fantastic athlete and a great player.”

The manager also spoke about the performance of Vinicius and the fact that he gets under the skin of his opponents, saying:

“He’s a special player, he must be understood as a player with his own style. So I understand that it is normal that some opponents will not accept this and may get angry about this. But he is learning little by little, constantly gaining experience.”

Marco Asensio did not play a single minute in the afternoon but has been in the news due to his angry reaction on the touchline for not being considered for substitution. Talking about the winger’s outburst, Ancelotti said:

“Asensio is angry and it’s normal – if he gets angry it’s because he wants to play and I take that into account. He’s an important player.”

On Rodrygo’s contributions to the team, he said: “Rodrygo is good in the various positions he plays, of course, it is easier to score when you play closer to the goal than when you are a winger, Vinicius is like Rodrygo, they understand this well.”

On Karim Benzema’s absence, Ancelotti said: “The team have been able to make up for Benzema’s absence so far and this gives the group a boost and confidence. We hope that we can get Karim back as soon as possible.”

Elaborating on the problems that the hosts placed in the first half when they could not score freely, Ancelotti said: “We did not suffer from scoring at the beginning of the match because Hazard was in the team, but because not all positions were occupied on the field.

“For the future, nothing will change in this regard. Rodrygo may also play in the same position, and Hazard as a striker because he moves a lot.”

On how he rated the performances of Hazard and Dani Ceballos, the manager added:

“It was a game where there was not a lot of space for the striker, so what Hazard did was what I asked him to do, to catch the ball and open the spaces so that his teammates could go deeper. It was a good match for both of them.”

Talking about the schedule and the rotation policy he is adopting this season, Ancelotti said: “Until we play the World Cup, we will not have a problem. After that, this is the question that arises.

“We will have to assess who has returned from the tournament and needs to rest, and it is possible to play the first matches after the World Cup without having all the players in the group, but this is the schedule now.”

On Vinicius’s treatment from opposition players and referees, he said: “The referee should be respected even when he makes mistakes in some moments. Vinicius has exceptional quality, so it is normal for him to have arguments and for some players to attack him.

“This is normal, this is because of his talent and high quality, I do not need to change anything. I see that Vinicius respects the referees and all the players he faces”