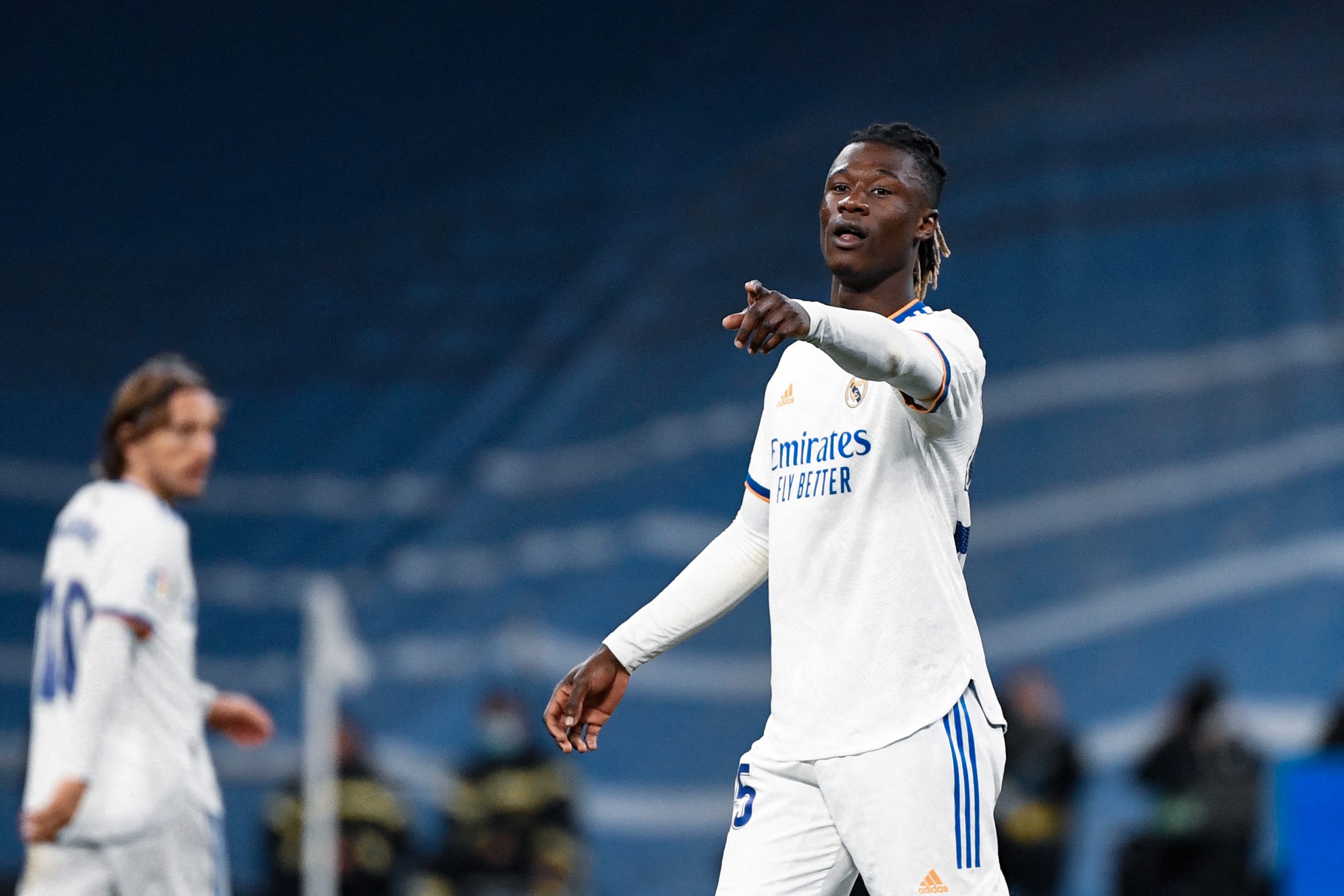 Real Madrid’s fascinating comeback win over Paris Saint-Germain this midweek, coupled with their unassailable lead at the top of La Liga table appears to have overshadowed glaring issues within the squad that need fixing in the upcoming summer transfer window.

The midfield department is primarily a concern for Los Blancos, with three of the old guards in Luka Modric, Toni Kroos and Casemiro all currently in the final phase of their respective careers.

Although neither of the three individuals has shown any signs of slowing down, the thirst for youngster alternatives is apparent. And it could ultimately see Real Madrid banking on the transfer market, perhaps even after the end of the ongoing campaign.

However, in a recent interaction with the media, Real Madrid head coach Carlo Ancelotti has backed his current set of alternatives to emulate the likes of Kroos, Casemiro and Modric and succeed in the future.

The Italian tactician heaped praise on Eduardo Camavinga, in particular, backing him to become the face of the Real Madrid midfield in the future.

“Camavinga is the present and the future of this club. This is quite clear for him and for us,” said Ancelotti in his latest press conference (h/t Football-Espana).

Camavinga was one of the top performers in Real Madrid’s win over PSG, with his impressive second-half shift changing the dynamics of the game.

Adding to his monologue, Ancelotti backed Camavinga, as well as other young midfielders in the team such as Federico Valverde and Antonio Blanco, to emulate the current legends.

“The day that Modric, Casemiro and Kroos are older, we will have Camavinga, Valverde, the youngsters who are in the Castilla, like Antonio Blanco. We have the ideal relief for these legends of the club,” he said.

Camavinga and Valverde are both expected to start for Real Madrid in their upcoming game against RCD Mallorca later this evening. It will be an exciting opportunity for the duo to back the words of their manager, as Los Blancos look to maintain their healthy lead at the top of the table.