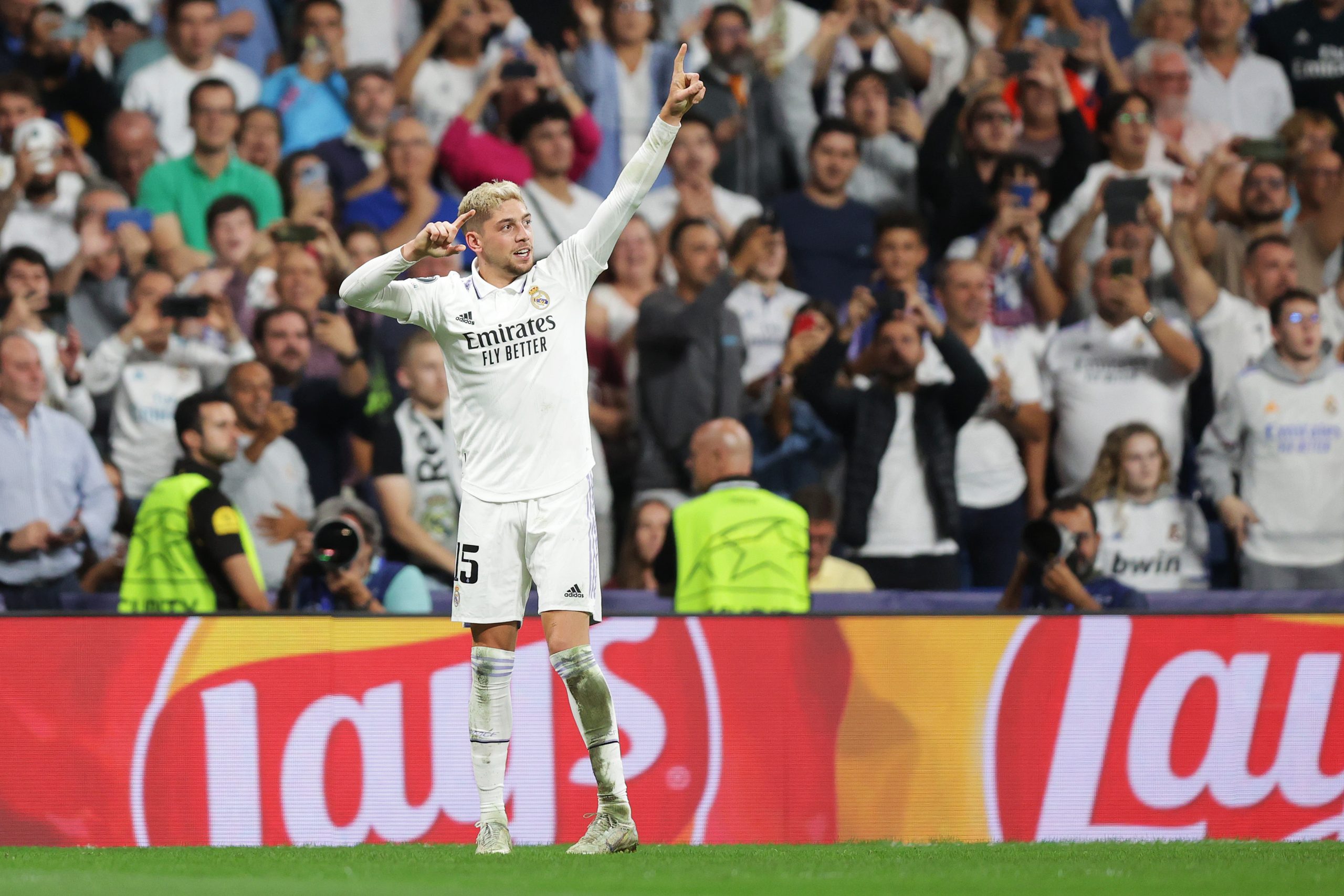 Carlo Ancelotti has a much bigger role to play behind Federico Valverde’s resurgence than he receives. For some who was a subject of a club-record bid made by Liverpool, a return of three goals and two assists in limited appearances this season is something to budge an eye on.

More importantly, his recent UEFA Champions League heroics against RB Leipzig where he opened the scoring in a 2-0 win was sparingly commendable. That because he was deployed as a make-shift winger despite having Marco Asensio on the pitch, who by the way played in a midfield three.

It must be remembered that it was not so long ago that Valverde’s Real Madrid career was on a decline to an extent that he had lost his place to a 19-year-old Eduardo Camavinga.

Back then, lack of consistency and growing injury concerns had affected his performance big time. As it turns out, he put in the hard work and got himself in the thick of things, playing a big role in his side’s Champions League glory.

He was instrumental in Madrid’s comeback wins over Paris-Saint Germain, Chelsea and Manchester City before laying an assist to Vinicius Jr’s only goal in the final against Liverpool.

But if there was anything missing from his game, it was the lack of goals and Ancelotti could not believe that he ended the 2021-22 season with a solitary goal.

After the win over Leipzig, Ancelotti spoke candidly about the aforementioned and joked that if Valverde does not score more than 10 goals this season, he would rip up his coaching credentials.

“What seemed strange to me was that he just scored once last season. I told him that if he was not able to score more than 10 goals, I’d have to rip up my coach’s ID. He has a rock in his foot,” he was quoted by The Athletic.

For now, it’s understood that Ancelotti has big plans for Valverde. The only thing that remains to be seen is how he uses him throughout the season.