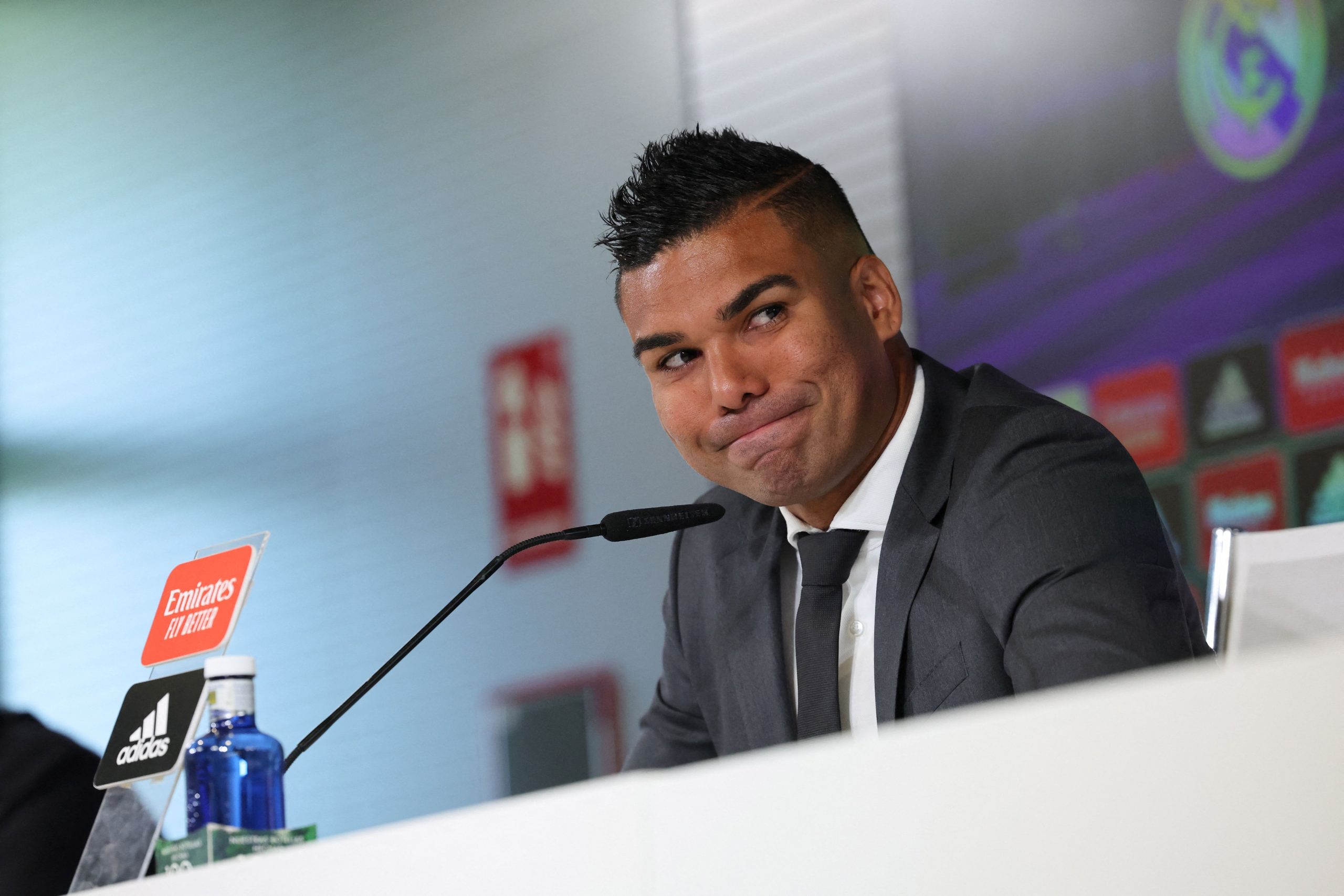 After nearly a decade, Casemiro departs Real Madrid to sign for Manchester United this summer. The 30-year-old midfielder has agreed to join the Red Devils in a deal worth around €70 million plus €15 million in add-ons.

Casemiro is said to have signed a four-year deal with the Premier League champions, with an option of an additional twelve months.

The move was completed last week and Casemiro will be presented at Manchester United later today ahead of their Premier League clash against Liverpool.

Prior to that, Real Madrid conducted a farewell celebration for a player who will go down as a club legend after winning 18 trophies during his time in Spain.

Following that, Casemiro addressed the media (h/t MARCA), where he talked about his decision to leave Real Madrid and looked back on his spell at the Santiago Bernabeu.

Starting off with his feelings and the state of mind after the transfer, Casemiro said: “My feeling is of duty accomplished, of great happiness for what I have experienced here.

“When I left Sao Paulo in January 2013 I told myself that I was going to give everything. That is what I did, in games and in training. I always slept quiet because I left everything.”

Explaining his decision to leave Real Madrid, the Brazilian added: “At the end of the Champions League final I had the feeling that my cycle was over. I’m honest. After the holidays, with a clear head, the feeling was the same. It wasn’t that fast.

“I already spoke with the club as soon as the Champions League was finished. My wife supported me from the beginning. My family was always by my side in this decision. It was very difficult to talk to the president, but I was always honest with him”.

Further explaining his statement about his cycle finishing at Real Madrid, he said: “That was my feeling. I needed a change. On vacation I thought the same thing. I’m the most honest person in the world and I felt that.”

When asked what he was looking for at this stage of his career, Casemiro replied: “New challenges, a new club, another country, another culture. I arrive with all the enthusiasm in the world”.

Reacting to claims that he signed for Manchester United for the money, he said: “I think there are few and they don’t know me. It’s not about money. They’re wrong. That’s not the case.”

Casemiro formed one of the greatest ever midfield partnerships with Toni Kroos and Luka Modric at Real Madrid. Famously called the Bermuda Triangle by manager Carlo Ancelotti, the trio has been extremely vital to the club’s success over the past decade.

And Casemiro admitted that it was very difficult for him to say goodbye to his partners on the field. “It was just as difficult as with the president. Toni sent me a message at half past four in the morning asking me if it was true. I told him that if he didn’t sleep, let me sleep!

“But it was very clear to me, that the story was made. I had to be honest. It’s time to think about other challenges, I’m going to the best club in England to continue giving everything.”

“With Luka and Toni, I’ll take it with me for the rest of my life. It’s very nice That’s what Ancelotti said about the Bermuda Triangle. They’re my friends, beyond the game. Alongside them, everything is easier.

Talking about his best memories as a Real Madrid player, Casemiro said: “We’ve had wonderful nights, but I’ll stick with the Champions League last season.”

Casemiro admitted that he is very motivated to play for Manchester United and if it were for him, he would have made his debut against Liverpool later tonight. “I’d play tonight against Liverpool for myself. I’m excited about the challenge of working to win again.”

Expressing his excitement and motivation ahead of a new chapter in his career, he added: “My mother taught me that there are no mountains you can’t climb. That’s how I face what’s coming. I’m like an 18-year-old.”

Casemiro also added that the Real Madrid midfield was in safe hands with the presence of Federico Valverde, Eduardo Camavinga and Aurelien Tchouameni.

“Madrid always sign the best. Fede is a player for 10 or 12 years. Camavinga has already shown what he is, Tchouaméni is a starter in France… But Madrid will continue to win beyond the players. Always,” he said.

On trading Champions League football for Europa League with Manchester United, Casemiro said: “People don’t forget the club I’m going to, the biggest team in the world and that can compete with the greatness of Real Madrid, although currently it doesn’t.”

Excited about a reunion with his former Real Madrid teammate Cristiano Ronaldo, the midfielder said: “I haven’t spoken to Cristiano, I hope he stays because he’s one of the best players of all time.”

Talking about his own levels and what he has to offer, the Brazilian said: “At 30 years old, I am in the best moment of my career. I enjoy everything I have. The MVP of the Super Cup shows what I am and how I am.”

Signing off, Casemiro said: “This is Real Madrid. When you win, you have to win again; when you lose, it’s worth nothing. It’s Real Madrid. I’ll keep the fact that in eight years I won five European Cups.”