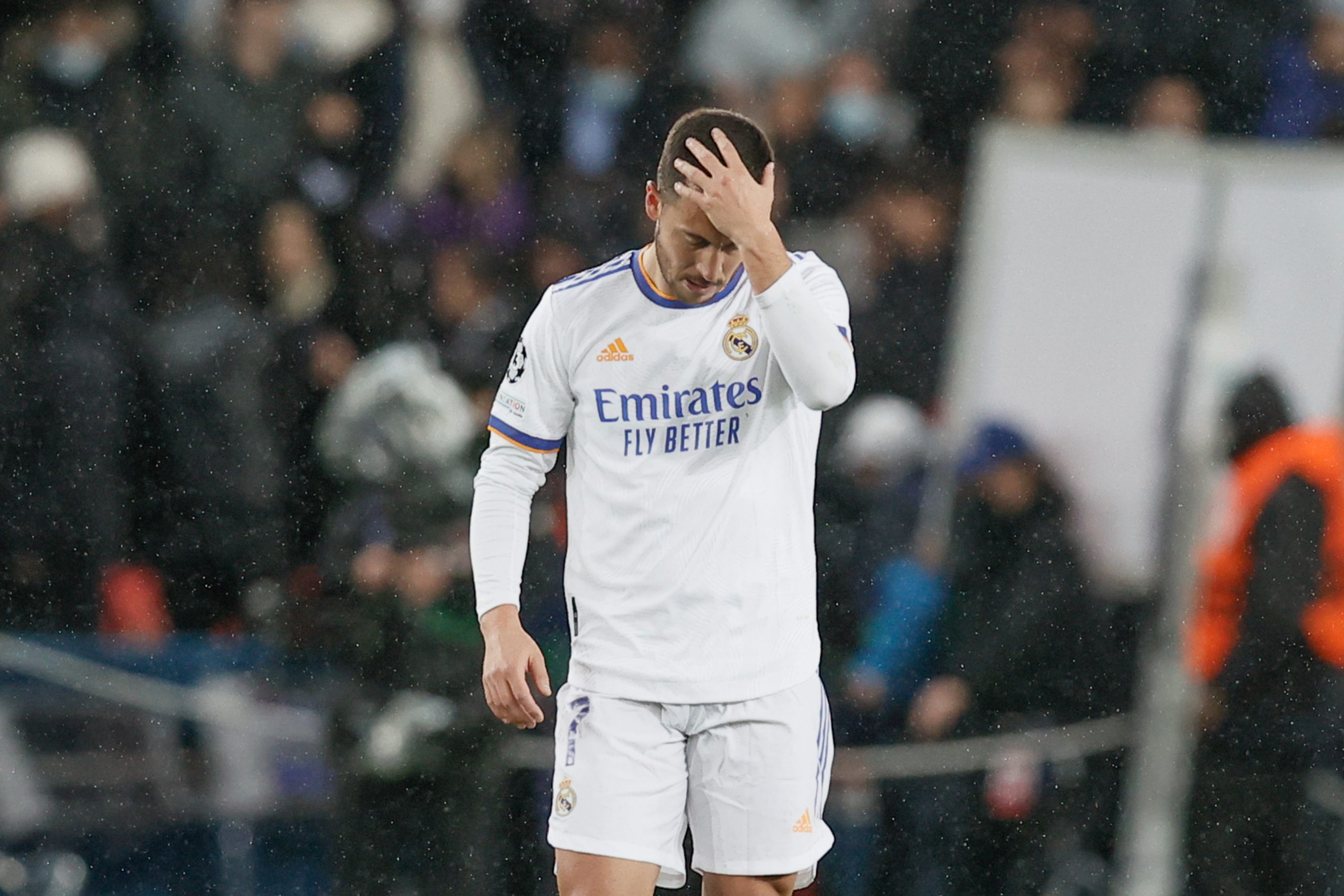 Eden Hazard’s move to Real Madrid has not quite gone to plan for either party. The Belgian was one of the best players in the world in 2019 when he arrived to the Spanish capital, but has been a victim of recurring injuries and health issues since.

To put things into context, Hazard has played just 48 games in La Liga over the last three season, registering four goals and six assists. Vinicius Jr’s increasing importance in the team – on the left-wing no less – makes matters worse for him.

Hazard has recovered from his latest injury and is completely ready for the 2022/23 season. He has, however, requested Carlo Ancelotti and the Madrid coaches to change his position, according to a Sport1 report, as relayed by Defensa Central.

The former Chelsea man made his name playing on the left wing, but has asked to be deployed centrally next season as a midfielder, second striker, or a no. 10. The coaches will analyse this during pre-season.

The reasons for this can be speculated to be three-fold.

One, and the most obvious one, is the competition on the wings at Madrid. The left-wing is Vinicius’ to lose now, while Rodrygo and Marco Asensio fight it out on the other side. Not to mention, Hazard is not particularly comfortable on the right-wing.

Secondly, at 31, after several career-threatening injuries, Hazard has lost quite a bit of pace. While his dribbling may still be astute, modern teams requite wingers to have the frightening speed to lead counter attacks.

Finally, Ancelotti needs to take special care of Karim Benzema next season. The Frenchman participated in four competitions during 2021/22, and with the national team during breaks, scoring a bucket-load of goals.

However, next season could be one of the most taxing one for players as they attempt to juggle club football with the World Cup.

Playing Hazard centrally, possibly as a false 9, means Benzema may get the much-needed rest he needs. With the Belgian up front, the team may lost a physical presence in the box, but his technical prowess means the flow of the attack will not be halted.

Either way, Hazard is not particularly unfamiliar with central roles. He was often deployed as a false nine by Antonio Conte, and he has also spent a fair bit of time as an attacking midfielder.

If he can stray away from his injurious recent past, there is little denying that Hazard still has what it takes to revive his glorious career.