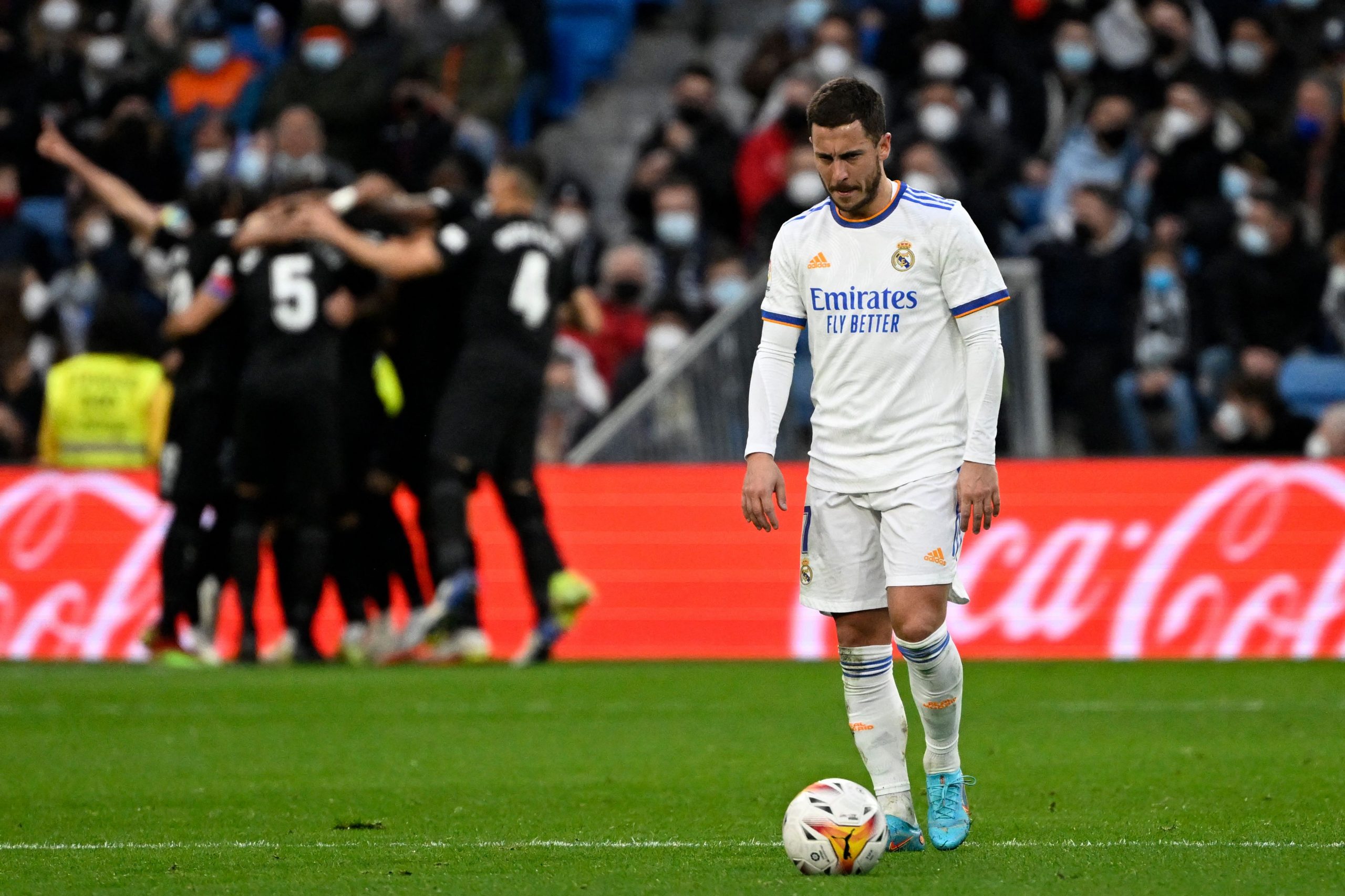 Eden Hazard has no desire to leave Real Madrid in the summer, with a report from Spanish news outlet, MARCA, confirming that the Belgian is rather looking forward to getting a few minutes of action in Real Madrid’s final league games of the season.

Hazard, who hasn’t played full 90 minutes since Real’s 0-0 draw against Cadiz in December 2021, has clocked a mere 21 minutes in his last three appearances, which came against Villarreal, Paris Saint-Germain and Deportivo Alaves (all in February).

The player has since been treated for a fibula fracture, which forced him to miss as many as 13 games from March to the date of writing.

One good news on that front, however, remains he was seen training with his teammates in Real’s recent session, which was their first since the Derby defeat to Atletico.

Hazard is working to be available for the final stretch of the matches, but it remains to be seen whether or not he gets a green signal from the medical team. It is expected that it will take him two to three more weeks to get back to match fitness.

And if that is the case, he can say adieu to hopes of playing this season, as Real’s final La Liga game is on Sunday, May 22.

Now, he might get fit before the all-important Champions League final against Liverpool, but it goes without saying that he is out of that fixture already.

And so, the only logical explanation for his return would be to play for Roberto Martinez’s Belgium in the four Nations League games in June. The player’s objective here would be to get some important minutes in the tank while getting back in shape before the pre-season tour.

As of today, Hazard has no desire to leave Madrid whatsoever, but Marca says the same cannot be said about the team. Quoting what the outlet wrote, ‘Leaving Real Madrid is not in the player’s plans, although the club would not look badly on an exit.’

It’s going to be a long summer of recovery for Hazard, but he has certainly made up his mind of continuing at Santiago Bernabeu after all.