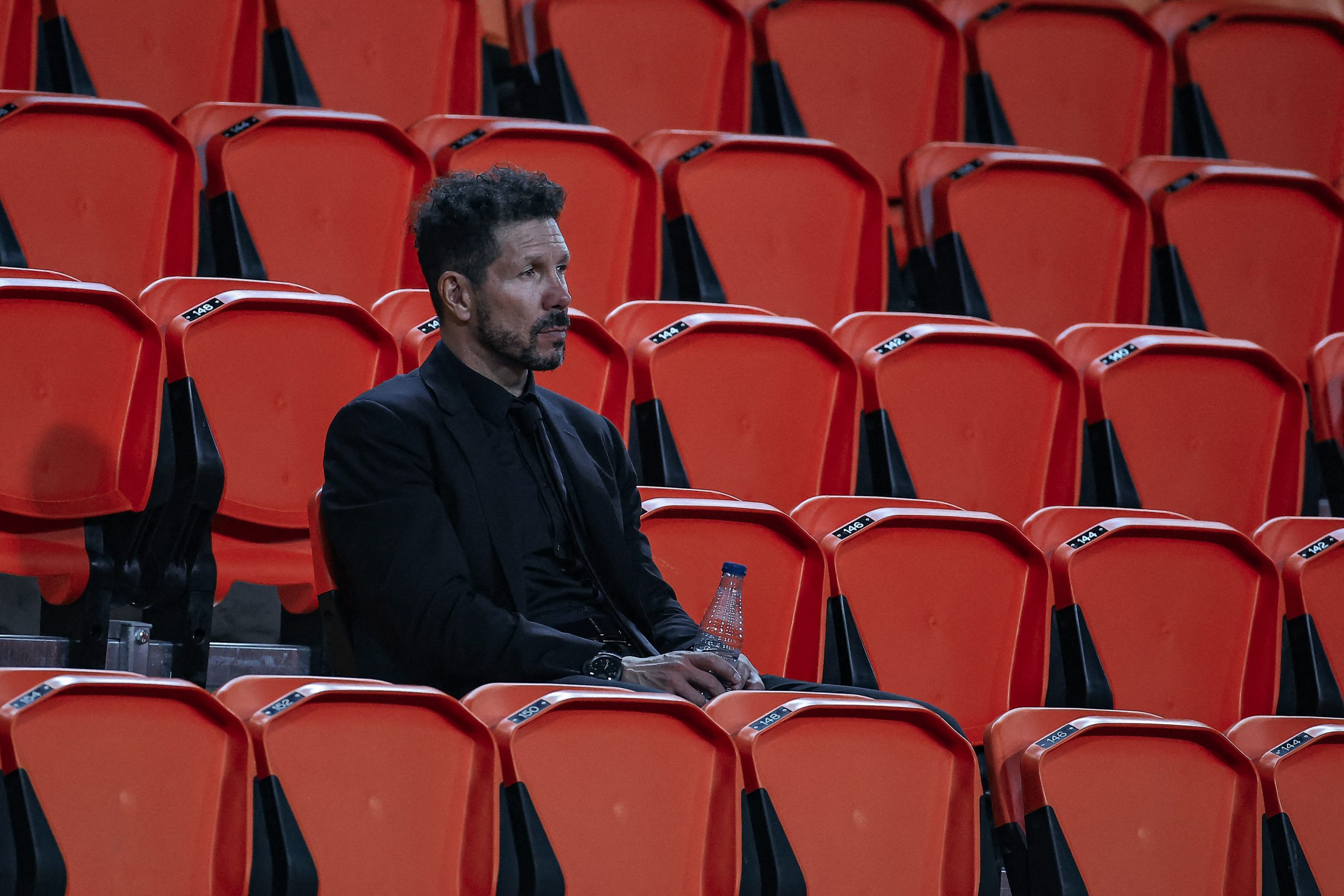 As we head into the final month of the year, Atletico Madrid’s position across competitions is far from reassuring. Diego Simeone’s side have only won two of their last five La Liga games — against Osasuna and Real Betis.

A title challenge seems complicated for the defending champions, but a spot in the top four seems to be a realistic expectation for the season. Moreover, with competitions like the Copa del Rey and the Spanish Super Cup yet to kick off, there is hope for the team to pick up silverware.

However, the UEFA Champions League has been a difficult challenge for Simeone’s side this year. Los Rojiblancos have lost all of their last three European games in the past month — twice vs Liverpool and once vs AC Milan.

However, what is more worrying is the sudden change in principles that are visible in the Atletico Madrid setup.

The end of an era?

Over the past few years, Atletico have built a reputation for themselves as one of Europe’s best defensive sides. While most top clubs aim to play dominating and attack-oriented football, Diego Simeone has lived against that principle.

Under the Argentine manager, the red-and-white army have adhered to strict defensive lines and sharp counter-attacks. With a fortress capable of withstanding even the most rigorous pressing, the team have frustrated their opponents.

Yet, the same blueprint now seems redundant. Simeone’s team are no longer the team with an impenetrable defence that they used to possess. The evidence lies in their recent games.

Against Real Sociedad a few weeks ago, the team conceded twice in the opening half to give the visitors the lead. The entire second half passed in the pursuit of two goals to draw the game.

In their very next game, they conceded two equalizers in the same game to give up their lead twice. If that does not point to a pile of problems, not sure what will.

The most shocking performance came last week at Mestalla. In the 90th minute, Atleti led the match 1-3. With the finish line in sight, they seemed set to take three points away from a difficult stadium.

Fate had penned something different for them, though, as they conceded two goals in extra time to draw the game. A brace from Hugo Duro and some horrific defending from Simeone’s team saw them lose two valuable points.

Jan Oblak has had a terrible season so far in front of goal. The Slovenian international, often considered as one of the best shot-stoppers of the generation, has been on a steep decline.

He averages well over one goal conceded per game with a save percentage less than 50%. Statistically, that makes him one of Spain’s worst goalkeepers this season.

Atleti’s problems have surfaced in the Champions League too. Their poor run of form in Europe began with a 3-2 defeat at home to Liverpool. Though the scoreline suggests a narrow win, the English side dominated the proceedings, for the most part, that evening.

The following game was the reverse fixture of the aforementioned game. Leaving Anfield with three points is a daunting task for even the best teams in the world. For a team in as horrible form as Atletico, it was a horror show.

They conceded two goals in the opening two minutes and never got a chance to grow into the game. It could have been much worse, in fact, with Mohamed Salah and Diogo Jota missing a handful of easy chances.

20 days later, the team hostel AC Milan at the Wanda Metropolitano in a crucial game for group B. Atleti held strong for 87 minutes, defending as a cohesive unit and struggling in attack. However, they caved in with three minutes to go, giving the visitors three points.

A sturdy defence has been the heart of Simeone’s philosophy since the day he took over the reins of the club. With that very trademark under severe threat now, one can’t help but wonder about the repercussions it could bring.

If the manager fails to correct his team’s defensive lapses, it could well be the factor that drags Atletico into the mud. With Joao Felix still unsure of his position, Luis Suarez not getting younger, and Antoine Greizmann’s slow return to form, their front line is not equipped well enough to cover up for the goals conceded.

Needless to say, Atletico Madrid are in desperate need of a defender in the upcoming winter transfer window. Or…maybe a new coach?