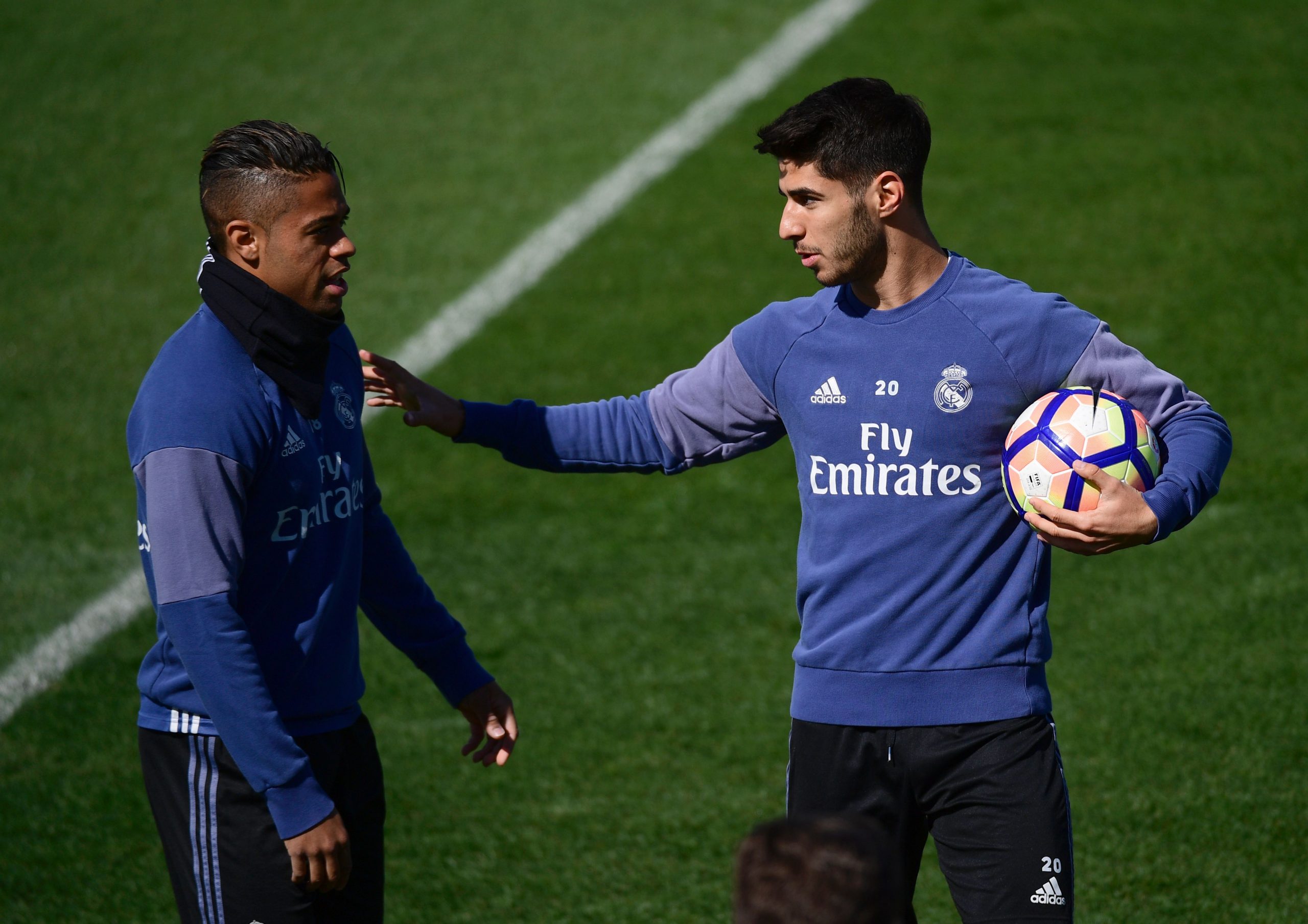 Less than four days remain before the summer transfer window of 2022 closes. But, there are unlikely to be any late incomings at Real Madrid.

The Merengues did their business early by signing Aurelien Tchouameni and Antonio Rudiger, and manager Carlo Ancelotti has since continued to insist that there will be no new players arriving, despite the need for a new centre-forward.

Instead, the focus will be on player exits, which has been the case for much of the window so far. Indeed, Real Madrid have already sold a host of players this summer and are likely to part ways with a few more before the window slams shut.

The most high-profile name on the list, Marco Asensio finds himself close to the exit doors at the Santiago Bernabeu. Carlo Ancelotti has confirmed that Real Madrid will let the winger leave if a good offer arrives and interest in the Spaniard is rising from the Premier League.

Teams like Arsenal and Manchester United have been linked, while AC Milan are also an option, although their interest has seemingly receded in recent days. With the 26-year-old in the final year of his contract and no longer favoured, a departure would make sense for all parties involved.

Another player who no longer belongs in the plans of manager Ancelotti and has been told to find a new club for himself, Mariano Diaz should be on his way out of the Bernabeu in the next few days. He has been attracting interest from a host of La Liga clubs but has been reluctant to leave.

However, there has been a change in his stance in recent weeks, with an exit looking more and more likely. The 29-year-old is reportedly keen on leaving the club on a free transfer by terminating his contract, but Los Blancos are reluctant to sanction that operation. So, it remains to be seen how things pan out.

The Real Madrid academy graduate finds himself way down the pecking order of things at the club this season. Indeed, he is the fifth-choice centre-back at the Bernabeu, with Eder Militao, David Alaba, Antonio Rudiger and Nacho Fernandez all ahead of him.

Despite that, he wants to stay at the club even though there are no prospects for him in terms of playing time. So, with there being some interest from clubs in La Liga, Vallejo could decide to move on in the final stages of the transfer window.

The final name on the list is another defender who has not been a part of the plans at Real Madrid for a few years now. After having spent the last season away on loan at Fiorentina, Alvaro Odriozola is back at the Spanish capital club but does not belong in the scheme of things.

Dani Carvajal, Lucas Vazquez and even Vinicius Tobias are ahead of the Spanish right-back and the club are working to find a solution for his future before the window closes. There has been some degree of interest from clubs in Italy and England, while former club Real Sociedad could also be a destination.

Modric, Kroos start in a 4-3-3: How Real Madrid could line up against Atletico Madrid 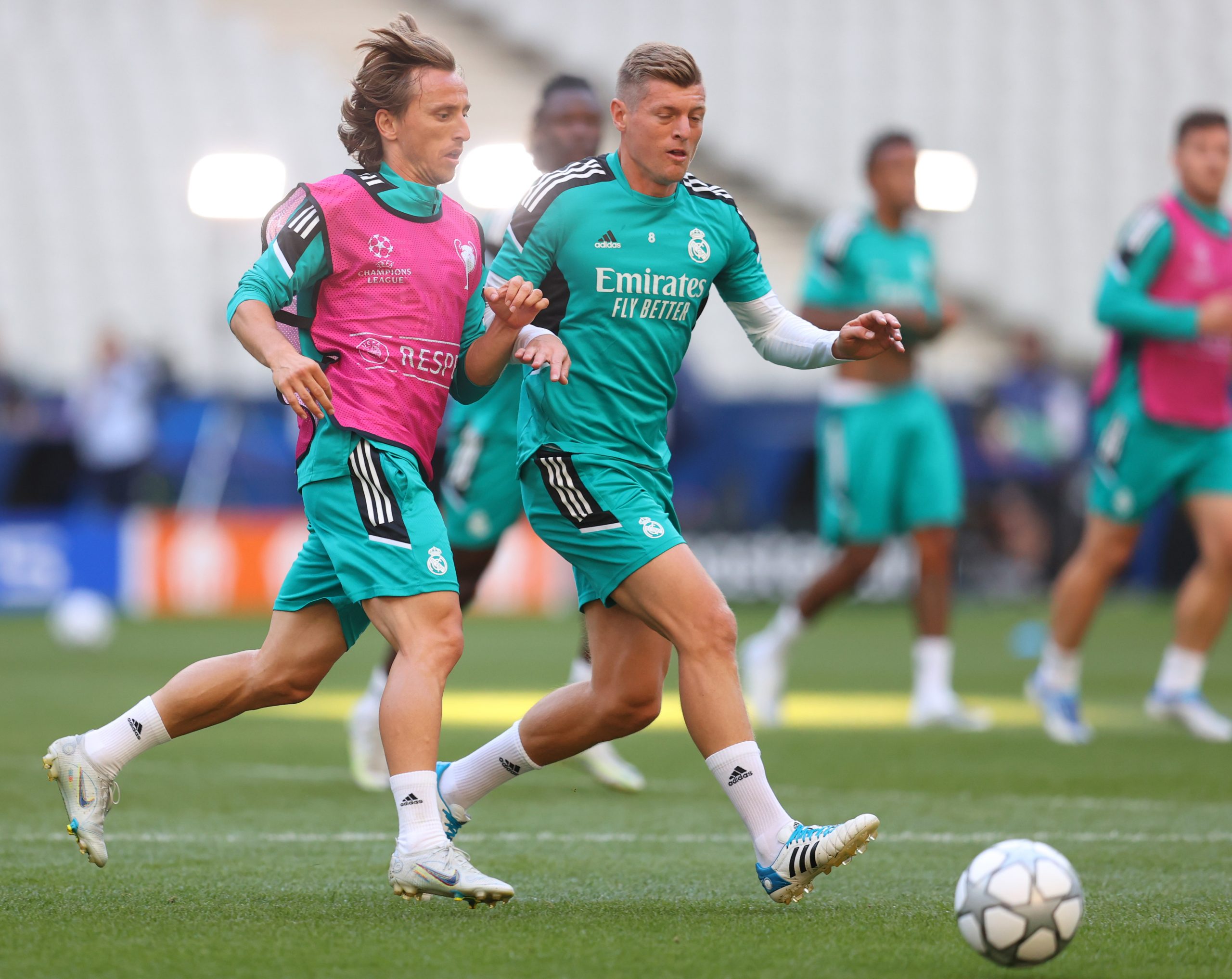 Real Madrid will battle it out with neighbours Atletico Madrid in the quarter-finals of the Copa del Rey on Thursday night at the Santiago Bernabeu.

Having gotten the better of Villarreal in the previous round, Los Blancos will be hoping to produce a solid performance against Diego Simeone’s side so that they can take a step closer towards winning the trophy that they have not won in over eight years.

The good news, though, is that David Alaba is back to full fitness and has been included in the squad list for the Atletico Madrid clash.

Ahead of the much-anticipated derby on Thursday night, Madrid Universal looks to predict how the Merengues could line up against the Colchoneros.

For the previous cup tie, Ancelotti selected Thibaut Courtois ahead of Andriy Lunin and given the magnitude of Thursday’s match, the Belgian is expected to continue between the sticks.

The manager has already confirmed that David Alaba will be playing tomorrow and the Austrian is likely to slot in as the centre-back alongside Eder Militao, with Antonio Rudiger dropping out.

With no Carvajal and Vazquez, Ancelotti will once again count on Nacho Fernandez at right-back, something he already confirmed in his press conference. Meanwhile, Ferland Mendy will continue occupying the left side of the defensive line.

Eduardo Camavinga showcased his quality while operating as a defensive midfielder against Athletic Club over the weekend. With Tchouameni still sidelined, it makes sense for the Real Madrid boss to continue with the 20-year-old as the deepest of the three midfielders.

Luka Modric and Toni Kroos were both shock omissions from the league game against Athletic over the weekend. But having given the veterans some rest, Ancelotti will likely recall them for the derby versus Atletico Madrid.

This would lead to Federico Valverde, who was on target in the last meeting vs Atleti, starting on the right flank. Vinicius Jr, who has been under the pump of late, ought to occupy his customary position on the left, with Karim Benzema spearheading the attack.

Rodrygo Goes has often made a difference for Real Madrid when coming on from the bench and he will be one of the first members on the bench that Ancelotti will turn to on Thursday.

Dani Ceballos will feel unlucky to drop out to the bench given his recent performances but should get some minutes in the second half. Marco Asensio is another player who the Real Madrid manager will call upon in the latter stages of the contest.

Antonio Rudiger could replace Alaba at some point in the second half considering that the latter is just returning from an injury.

Even though Ancelotti has been reluctant to use Castilla players, Sergio Arribas has been called up to the squad and could be given a few minutes, depending on the situation of the game.